In this article, we'll give you some tips on how to stay more alert at the poker table.

Poker players tend to forget that theory is just a part of the equation. With all those coaching videos and advanced poker solvers at our fingertips, it's easy to forget that even the best strategy won't amount to much if it's executed poorly.

That's why table awareness is absolutely crucial for every player and you should train it regularly. In this article, we'll give you some tips on how to stay more alert at the poker table.

Many poker rooms offer you the option of color coding your opponents - use it. This is one of the easiest and most efficient tools that will ensure you won't miss obviously profitable spots against the recreational players and you won't get yourself in a sticky situation because you missed a particularly aggressive player or a short stack sitting behind you.

Make a conscious effort to color code recreational players as soon as you see something that confirms their status. If you see a guy with an 80bb stack who's constantly limping preflop and his VPIP is over 40% make sure to color code him. Same goes for a 22/18 player who's sitting on three of your tables etc.

Here's a sample color coding scheme that you can base your own on: 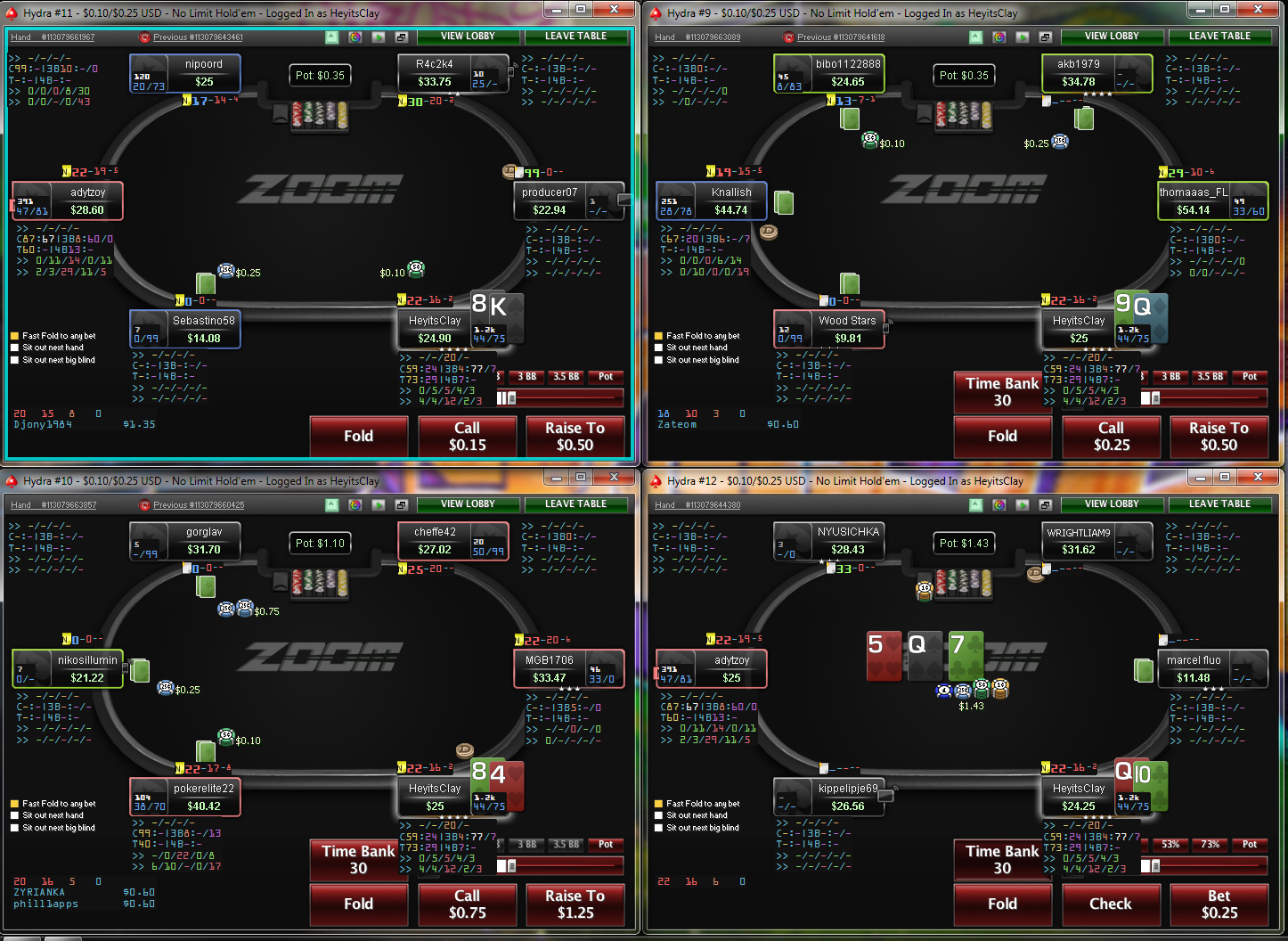 Writing notes on your opponents is another great way of maintaining table awareness during the session. While the act of writing a note consumes a considerable amount of your brain power and might leave you exposed for a short period of time, it also ensures that you won't slip into auto-pilot and you'll pay attention to the table dynamics.

Stats alone can quickly become a blur but a very specific note about a player who 5bet shoved 100bb on you with 44 will ensure that you'll pay a close attention to that player's actions for the remaining of your session and makes it more likely that you'll remember him in the future than some arbitrary set of stats in your HUD.

Paying attention to showdowns is one of the easiest ways of gaining an edge over your opposition as far as table awareness is concerned. In a world where multi-tabling is immensely popular, most players end up playing on auto-pilot way too often. Focusing on a play that bookends each and every major play can remedy that.

Showdowns can provide you with tons of information and help you exploit the opponents at your table.

Going back to our last point, every showdown can be a potential new note so train yourself to spend a few second with your tracker's or poker room's hand history viewer every time you see a showdown in a medium or large sized pot.

Reduce The Number of Tables That You're Playing

There's certainly nothing wrong with grinding on eight different zoom tables or 16 regular ones if that's the optimal number for you. However, we tend to overvalue our capabilities when it comes to the amount of information we're able to process at any given moment so no matter how many tables you're used to playing you might benefit from decreasing that number by one or two.

It's possible that additional win rate gained by the increase in your table awareness will make up for the lower hourly caused by the decreased volume.

It seems like every mindset-related piece of poker knowledge has to reference breathing and meditation at some point and you might be tired of it by now, but the simple truth of the matter is that it's the single most efficient way of improving your mental game.  Trying to improve your mental faculties in poker without mindful breathing and meditation is like trying to build muscle without using squats and deadlifts.

Sure you can still get fit using other training methods but why wouldn't you use the tool that gives you the most bang for your buck? Besides, meditation is so well researched and the benefits of it are so obvious that it managed to transcend its old image of a fashionable hoax a long time ago.

There's nothing mystical about taking five minutes before every session to concentrate on your breathing in order to improve your awareness at the tables - it just works.