The Legend Of Jamie Gold

Although he was a huge winner, many question whether he still has that money or not. Here’s a look at the legend that is Jamie Gold

Jamie Gold took the poker world by storm in 2006. He won the biggest World Series of Poker Main Event ever when he outlasted the huge field and won $12,000,000. Even more interesting, a rule was made in his honor shortly after the Main Event. Although he was a huge winner, many question whether he still has that money or not. Here’s a look at the legend that is Jamie Gold.

Gold has enjoyed poker since he was young, but it wasn’t until he worked on a poker show with Johnny Chan and Chris Moneymaker that he began taking the game seriously. Chan eventually became his poker mentor, and in 2005 Gold won his first recorded tournament for $54,225.

It wasn’t the online casino Hyperino Casino where Gold made his claim to fame, but the Rio Casino in Vegas. The following year, after cashing two tournaments, Gold took down the WSOP Main Event in one of the most memorable runs the series has seen. With limited competitive poker experience prior to the Main Event, Gold took the poker world by storm with his flashy antics. 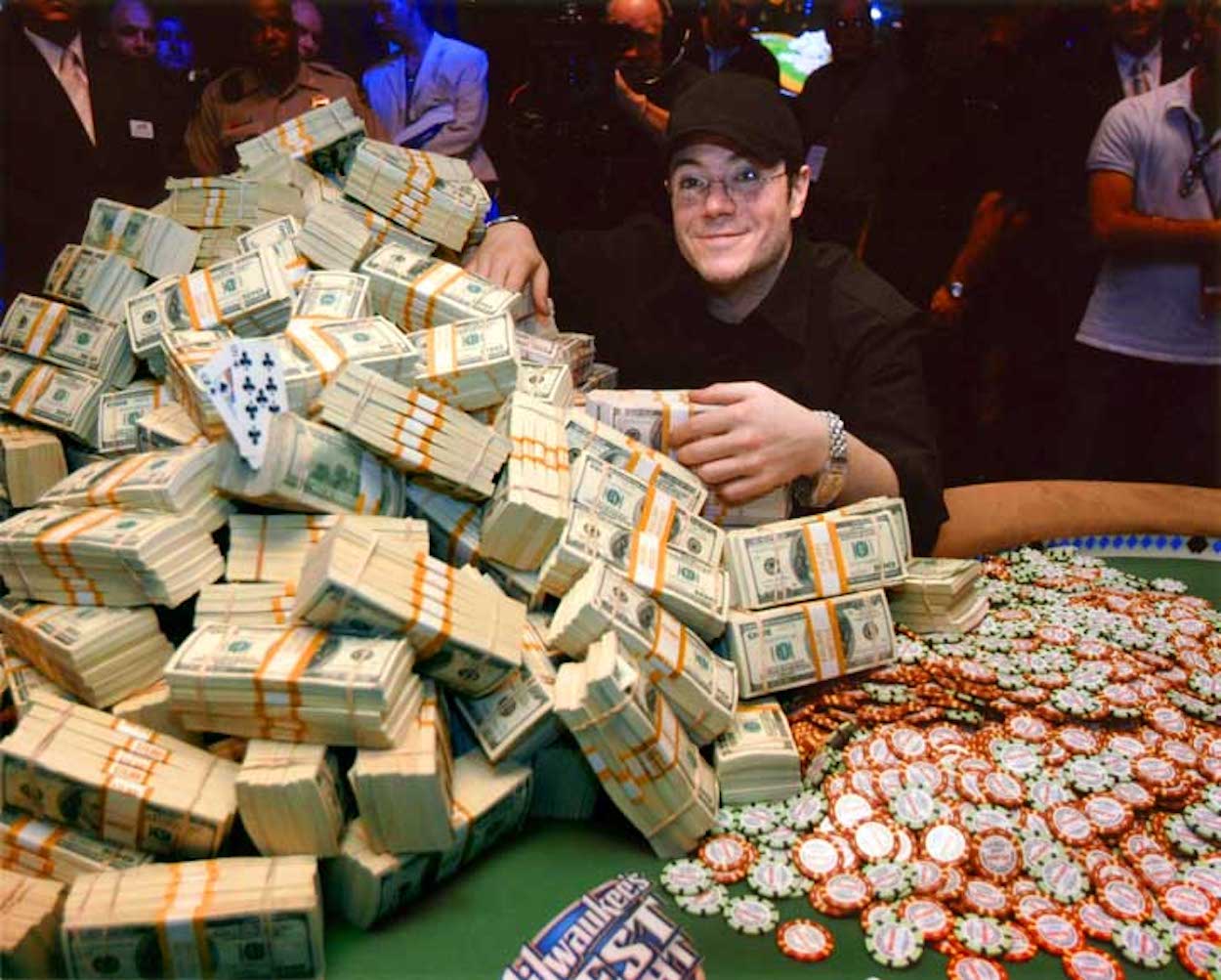 It was those flashy antics and his gift of gab that eventually resulted in a rule being instilled in his namesake, The Jamie Gold Rule. Here’s a look at just some of his antics during the tournament.

During the middle stages of the tournament, Gold got involved in a hand with 65o. His opponent opened the pot with AJo, and Gold decided to flat in the big blind with his much weaker hand. The flop came KKJ, giving his opponent two-pair.

Gold checked it over to the villain, who decided to make a bet of 100,000 chips. But just as his opponent was stacking his chips to make the bet, Gold decided to intervene with his mouth.

“Don’t worry, you still got three kings,” Gold said to his opponent who double checked his hand. Gold decided to fire a check-raise to the tune of 200,00.

“I’ll show ya either way,” Gold then said to his opponent who was scanning him for any possible tells. “You got aces, you probably have no choice. You got a king, I'm in a lot of trouble.”

“I’m just trying to decide if you have the king,” his opponent told him. “Which I think you do.”

“This isn’t the way you want to go out,” Gold told him as he pushed his cards into the muck.

As a result, a rule was put in place where discussing the contents of one’s hole cards while the hand is in progress was banned.

It wasn’t long after Gold’s victory until he ran into trouble. In a business agreement between Bodog.com and Gold, Crispin Leyser paid for Gold’s entry into the 2006 Main Event in exchange for marketing work from Gold.

The agreement said that Gold was to split the money he made form the tournament, but after he won he went back on his word and denied Leyser the $6 million he was owed. That year, Leyser sued Gold which froze $6 million of his earnings.

The two eventually settled out of court for an undisclosed amount of money. Gold would go on to lose millions playing in some of the biggest televised poker games at the time. He was a draw because of his personality, but his high stakes cash game skills were not up to par.

When his Main Event bracelet was put up for auction, the community realized he was struggling financially.

More recently, Gold has been playing on live streams like Live At the Bike and Poker After Dark, leading many to believe he is making a comeback.