So I remember seeing something like this awhile ago and never really took part in it but would love to start it up again and see what type of games people play now! Also if people have brags etc in games.

For me I've played games since I was around 4, went through loads of generations of consoles whilst also having a pc my whole life so played on that also.

In the past few years I got exceptionally good at a few and had some decent success:

Top 20 Hunter on EU (PvE) in World of Warcraft

- I spent years on WoW, played it when it first came out which was when I was 9. Had a few years when I played it solid then stopped at certain points when I felt it was getting too boring. Ended up spending a lot of time on it over a year ago.

DotA 2 I started playing when it was first created also as I played original DotA back in Warcraft 3 which I played when I was 7. DotA2 has something calling MMR which allows you to be ranked on how good you are at the game. I got to a peak of 4.3k which is top 1% in the world for DotA 2 which I was super happy with.

So, tell me, what game do you guys play and what are your achievements !?

You should play some Jon, you'd enjoy it

3
Posted 5 years ago
What % is that of the amount of players is LoL?, I have never played LoL and never get into any of the stupid arguments about which is better.
Russ

Posted 5 years ago
Currently my game of choice is ' Race the sun' on PS4 a real simple game where you are a solar powered plane racing to the horizon as the sunsets. lots of dodging objects and staying out of there ever increasing shadows. Collecting various power ups to keep the sun high in the sky. Simple concept , totally addicted.
killjoy1987

4
Posted 5 years ago
You play any other PS4 Russ? I'm mainly on TLOU Remastered and Advanced Warfare, got a few more games I need to install and play as well, and waiting for Disney Infinity 3.0 later this year! No Mans Sky looks incredible as well can't wait for that!

Add me if you want: ashkilljoy

Posted 5 years ago
Will do, I play Shadow of Mordor and have Dragon Age sitting here ready to go. I love TLOU, have it on PS3, holding off getting it on PS4 as I just have a feeling it will be one of the free PSN games at some point.

Totally with you on No Mans Sky, Also Star Wars Battle front is looking very interesting too.

3
Posted 5 years ago
Ah the new gen consoles, I haven't picked one up yet as I pretty much fully moved over to PC but every time I see a play station exclusive like The Last of Us I get super jealous!

Not seen anything about Race the Sun, will have to check it out.

4
Posted 5 years ago
Yeah I loved TLOU on PS3, then my PS3 died so upgraded and PSN had a good price on Remastered so no hesitation in re-buying, especially as it had all the DLC with it as well. Going through the story again on Survivor (is my 5th play through, but already looking forward to my 6th on Survivor+ when I get through this, then will take on Grounded!), it is so visually impressive and I just love the Multiplayer, definitely the best Multiplayer I've ever played, so unique and you really have to work as a team. Is so different and fresh compared to the mass-shootathons that are Call of Duty and Battlefield
Harvie

Posted 5 years ago
No love for Fifa on the 360? me and my friends would play online for hours at a time. Controllers got broken needless to say.
Russ

Posted 5 years ago*
Not a huge sports games fan, or football fan in general. I did love sensible soccer and brutal sports football back on the Amiga 600 though

Having said that Rocket League is free on PS+ this month and looks like it could be a fun multiplayer game.

4
Posted 5 years ago
Ooo not looked at this months free stuff yet, that looks good!
Fat-Sunny 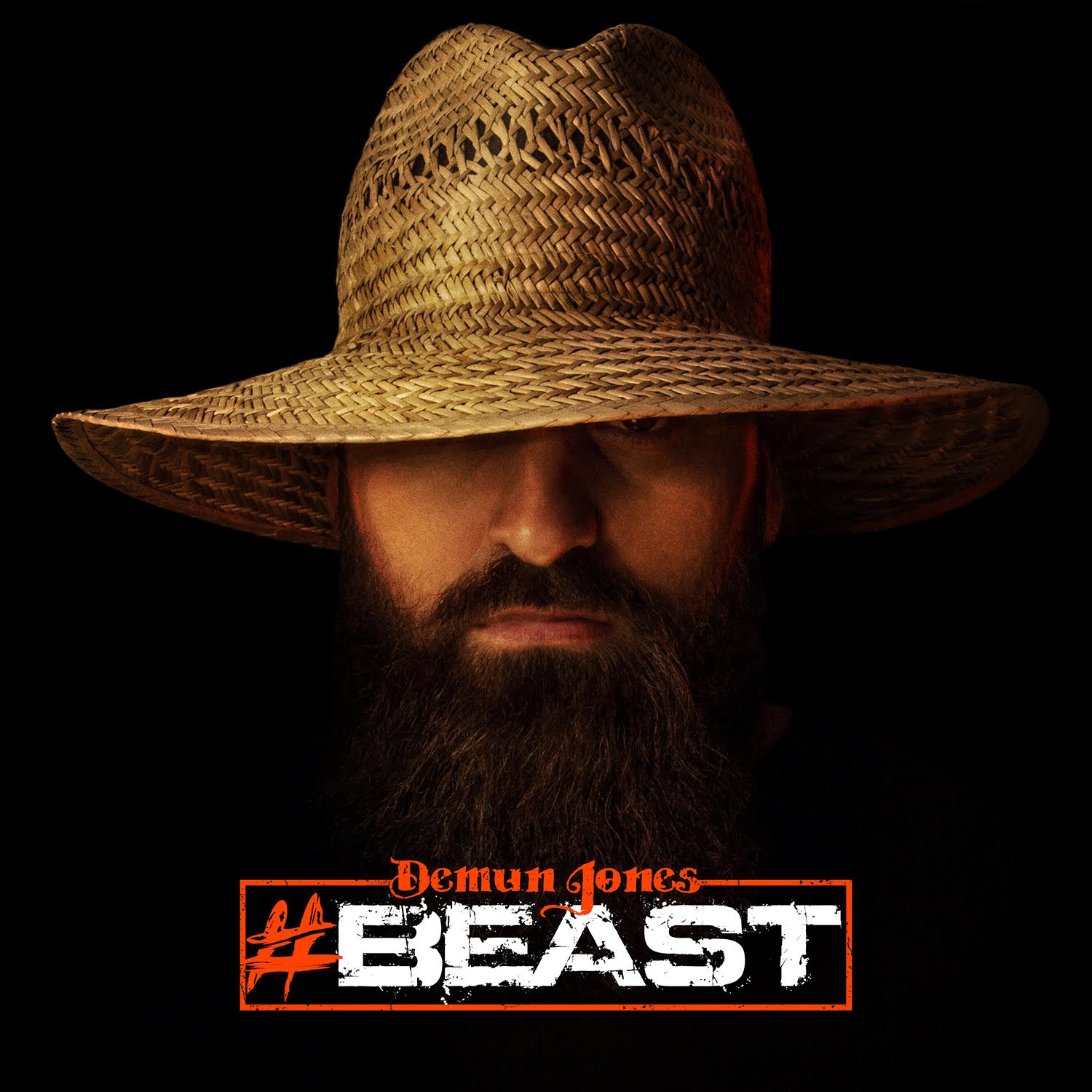 2
Posted 5 years ago
PS3 player here, I am a Borderlands addict I have to admit im always playing that and Ghost Recon another one I play a lot of even tho im shit lol.

Back in the day I used to play a lot of COD and was dam good too (over 60 kill streak many a time) but stopped playing when hackers and glitchers took over.

Also Zen Pinball 2 thats one we all play in my house, great game easy to play and the offline multiplayer is quite fun passing the pad around old school style.

Started playing Mass Effect 3 last night but turned it off after 20 mins as it bored the tits off me!

Posted 5 years ago
Wow a 60 streak on COD that's impressive. The best I ever got on any of those games was a 25 nuke call in on MW2. Once the streaks stopped stacking in later releases I never got near that number again

I bought a pc for gaming to play Battlefield 2 if i remember correctly and just could not get the hang of the whole mouse keyboard combination just spent the whole time spinning round with my gun in the air.

Only problem with COD is it is far too addictive - I only played hardcore too none of that regular nonsense!

I like Ghost Recon now as its bit more tactical and a lot less frantic but Im proper shit at that lol recommend it for the campaign mode though really good game and dirt cheap now too.

1
Posted 5 years ago
I like video games a lot. I think it's a really amazing form of entertainment that in some cases can work better than books and movies. My favorite games are usually heavily stylized and/or story driven (The Walking Dead, The Wolf Among Us, Bastion, Transistor, Element4l), I also like RPG's (Baldur's Gate, Planescape Torment, Fallout, Witcher series) and competitive online games. Like

@SamWalker I got to 1% of population skill wise in DotA 2 (thou I stopped playing this game a while ago for a number of reasons) and I played tons of hours of Pro Evolution Soccer 3 through 2009 and then I switched to Fifa when it got better than PES (thou I also played a bunch of Fifa from 98 through 2004).

A month or so ago I installed The Witcher 3 and I just couldn't stop playing. I don't know how many hours I clocked, but I guess it was way above 100. I was heavily invested in the world and characters because I absolutely love The Witcher book series. I've read it years ago back when I was in high school and I've re-read it again in preparation for the game (loved it even more this time around). The game is absolutely brilliant. Most RPG-s offer so much content mostly because of the sidequests that after a while get really boring and tedious. In Witcher 3 every quest even the smallest one feels interesting and fresh. I highly recommend both the books and the game (thou you don't need to know the books or even prior games to enjoy The Witcher 3).

@Russ mentioned above in this topic - Rocket League. I was kinda on the fence about it because I'm a PC gamer and I feared that it might not be very popular on my platform of choice (Rocket League looks more like a console game) but then I've heard that it will have cross-platform multiplayer (basically PS4 gamers can play online vs. PC gamers which is super rare but amazing) so I'm sure it will stay popular long after release. After I've quit DotA 2 I was looking for a game that could scratch my competitive itch and Rocket League looks perfect (it's football + cars, what's not to love?). Since the game is free on PS4 for PlayStation+ members (it will cost about 20$ on Steam) and it looks like a lot of you guys own that console maybe we can think about making a PokerVIP team if you end up liking the game:)

Posted 5 years ago
@Fat-Sunny Totally agree COD was so addictive on PS3, clocked up so many hours on MW2 multiplayer. Although now I think I still feel burnt out from it and rarely play FPS games now. Star Wars BattleFront I am sure will be a game that gets me back into the genre though.

I think I have a game like ghost recon from Junes PS+ games . Its a kind of covert spec ops type game (one of the metal gear games I think). Heard it was pretty good played it for a while and really suck at it. I get spotted every time. I think those games take patience and I tend to run in all guns blazing pew pew pew, run into walls, think I'm hiding when there's a villain behind me and blam, game over.

@MattVIP big fan of RPGs too. Loved Skyrim & Dragon age. Will definitely pick up the Witcher at some point to once I have played though DA3. The cross platform of rocket league sounds great - think its out tomorrow for PS+. A VIP team would be fun

Posted 5 years ago*
Also if there are any driving game fans - Drive Club is also now free on PS+ not sure how good it is but I think it was another big title a few months back.

Has anyone played Planetside 2? Just spotted it in store, think I may get it tonight, its free and if its as good as it appears it maybe an earlier return to FPS than expected.