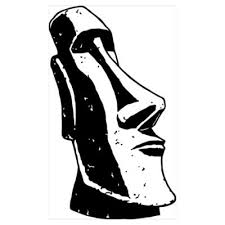 Wanted to try a little something different for my poker journey, hope this is at least a tolerable read given the length, if not...well I at least I had an excellent time writing it...

I had just turned 18 years old, about two months prior I played my last game of football (American that is); something I had been committed to since I was 9 years old, and suddenly it was just over as if it had been 9 years wasted in some ways. Then two months later, a guy who is now one of my closest friends and one of the best live poker players I've ever played, said something pretty straightforward in our English class "So are you any good at poker?" I nodded nervously and said "Oh yeah dude, I win at my friend's games all the time" (which was true but playing for 0$ does not a poker credit make). He told me to come on down to his house that friday night because he was going to get together a 10 dollar tournament for him and his friends, which I gladly accepted.

For most of week I began downplaying whatever was going to happen, I said to myself "whether you win or lose, you're only out ten bucks". Then about two days out, something struck me...I really wanted to win. It was as simple as that, it was the money, the prideful bragging rights, and the simple fact that for one night I out played every person I was going to face. It was then I entered into a panic mode, I was googling poker tips, entering into free online Facebook poker tourneys, looking up YouTube videos. I vividly remember the first time I saw Daniel Negreanu's infamous small ball strategy video; definitely a goofy clip with horrible acting but solid poker advice nonetheless and definitely a foundation that stands with me still.

The day of the tourney came and to my dread there were 2 full tables full of players , and I was overwhelmed with anxiety with each passing hand. Every single hand I was sure the guy I was playing was the next Phil Ivey and had the nuts. My very first hand I flopped a set with pocket 99's and I just called my opponent all the way down...because I just knew he had that 10 to make that inside straight. We took a break after the first table broke and I was about middle in chips and I calmed myself down and said "You just outlasted 9 of these people, you only have 8 more". With each passing pot I got more and more confidence until it was down to the final two, me and some guy who honestly was probably more scared money than me. We duked it out for about 15 minutes and were about equal in chips. Our last hand went all in preflop...me33 my opponent JJ. The flop is all diamonds 510A giving him 4 cards to a flush with one of his jacks and nothing for me so I needed to improve in a hurry. That's when the the turn came another 3...I TURN A SET A SET A SET!!! I got out my chair and just yelled like everyone else did...sadly my friend informed me what we all overlooked except for him in our poker infancy that the three was the 3 giving him a flush, the board didn't pair on the river and I ended up walking out of there second with a cool 50 bucks for my efforts.

Despite the loss and looking back on it, that was easily the most fun and exhilarating thing I had done in my life up to that point, seriously. Ever since then, even if it's been off and on, poker has been a part of my life. But I'm deciding now since I have a real good job for me and no longer have to worry about the loss of a bankroll crippling me as far as confidence in generating income, I can turn my favorite hobby into my favorite profession. Yeah it may take awhile before I'm double barreling semi-bluffing with 109 in three way pots 400bb deep in the nosebleeds...but at least I can try, which 99% of the world's population can't claim too. I mean think about it guys...we are the 1 percenters!!!!

If you guys ever get discouraged, just remember your first time playing when you were winning; how much fun it was, because just about every session I play where I'm focused always takes me back to that 10$ tourney.

Be breezy guys and go scoop some pots

P.S I'll link that video, curious how many of you guys have seen it, check out the other two parts if you haven't...if anything just for a good laugh.

5
Posted 3 years ago
Epic first post and so well written. The point of looking back is one i continually tell people to do but sometimes don't do enough of myself. I lost the feeling of butterflies many years ago and very rarely get rattled anymore but i do try to remember that feeling.

I embedded the youtube video for you which you can do in future simple by pasting the YouTube URL into this box and hitting insert:

What do you do outside of poker now? What is your main grind?