Grosvenor are running a cash game promotion from 3rd to 30th September, basically the Top 30 most profitable cash games players earn prizes on the leaderboard. Different leaderboards for low and higher stakes. Probably quite a task but on the other side, there isn't LOTS of players on the Grosvenor skin (Microgaming network) and in the past I have seen the bottom end of the leaderboard get won by people with literally a few dollars in profit.

Will be playing PLO10 to start, maybe taking more aggressive shots depending on how it goes profit-wise

Just going to stick £30 in to start to see where it goes, depositing if needed and will be playing purely PLO cash games.

Starting tonight and will update after a few hours play!

Posted 2 years ago
Not a bad first night, played for a couple of hours, can't get a report yet but should be able to find out total hands played tomorrow at some point

Anyway, finished a buy-in up (euros wise), coming off with:

So not bad, came across a few "fun" players as well so I know how to play against them in the likely scenario of playing them again over the next 26 days

Not really had any hands of note, lost a buy-in early on with nut straight with nut flush draw against the bare straight who runner-runnered quads

got that back plus more from the same player - really wouldn't mind running into him regularly!

Posted 2 years ago
Played a bit last night and today, total hands won't know until tomorrow but was a hours worth and decent-ish result.

Alongside that I was playing a couple of micro MTTs on Pokerstars, and finally managed to get my first Win in an Omaha comp on Stars (after 4 seconds in the last month) 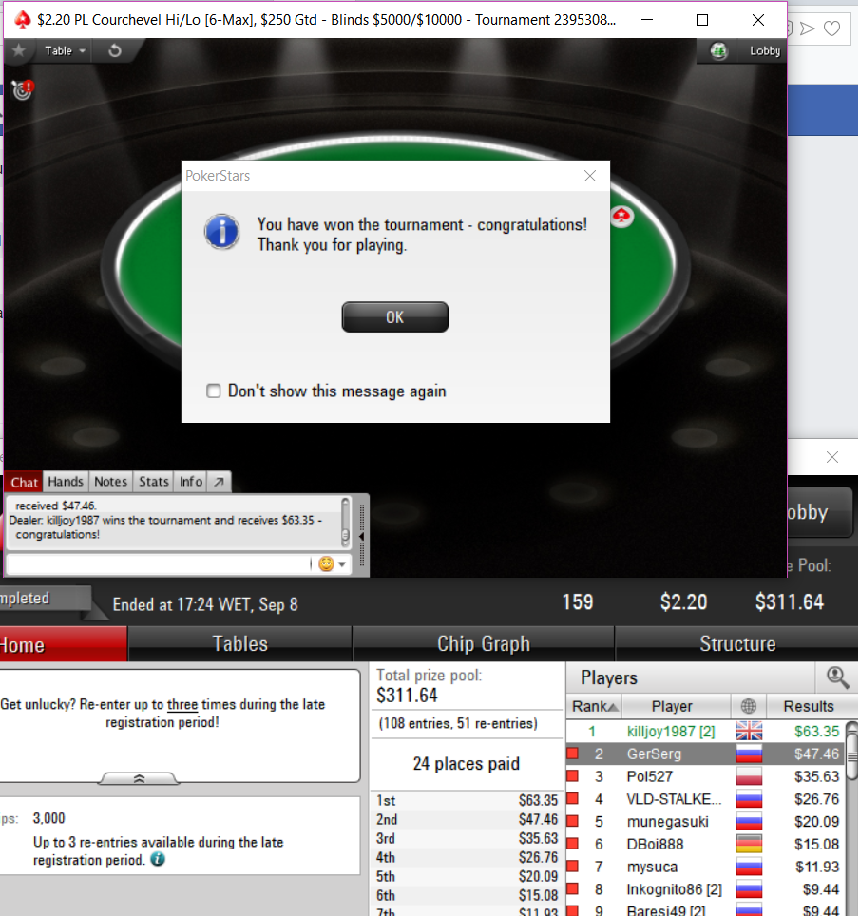