Taking on the lightweight

It has been a while since I was able to just put my head down and grind poker. I started a challenge during the spring but things can up and got real busy with life. This week guts started the lightweight promotion so I am going to go all in with my 1k CAD bankroll and see if I can complete all the tasks. One of the tasks is pretty well luck based -Win big in a fish party sit and go of 100x or more. Considering the chances of sitting in a game are 55 in a million I am not holding my breath on getting that double pay out. There are some other tasks that force me to not focus on my game and slow down my pace so I am going to play my fish party games. I am going to push as hard as possible and try to get top three and between that bonus and the hours played at the 5e games I should have a nice healthy bankroll after the challenge to move up the stakes. My goal is to get in a minimum of 2k games and I think that should be enough to clear majority of the pips for the challenge.

This is further details on the Promotion

This is my results so far, I managed to start the challenge -20 bis under EV, despite being 10k in chips over expected. Fish party games are fun….

2
Posted 2 years ago
Made some good progress yesterday with the challenge. I put up about 320 games with 75 chip EV which is good I think. Money wise the day was off to a terrible start and in the first 150 games I was about -25 buy ins below EV making my challenge total -50bis below EV over 300 games. To add to the frustrations, I was dealt into a 25x game and lost on the river to a two outer which hurt the pride I little more. I do need to get in volume so there was very little time for crying and I put up another 170 games for the day and got caught up on nearly all my EV including getting dealt into another 25x game which I did win.

Also made some decent progress on the pips for the challenge and have 440 of the possible 3590. 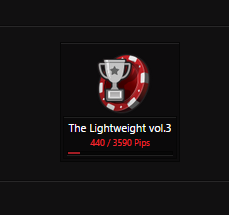 So far the results are looking pretty good, I am hoping that the leaderboard gets updated today so that I can get an idea of how many guys are trying to grind this out.

2
Posted 2 years ago
Yeah if you play tournaments or 6max cash these tasks would be near impossible to complete. They fit well with the fish party grind it is just a matter of putting up the volume to get the dealt hands.

Day 3 was decent I won a 25x again but then managed to still be down for the day. I played a later session and games at 10e were starting more often and against weaker players but still ran below EV. We now have 1100 of the pips and looking at the progress I think that I am going to be able to get all the task completed except for maybe the silly stuff like flop 30 sets of twos win a 100x game or play 30 mtts which you are first to register. I will see though because if I get dealt into the 100x it would be worth doing those tasks and trying to get all the pips in order to get an extra 700e. 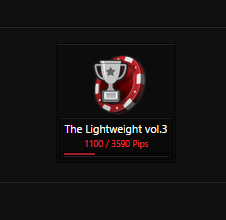 Profit still increased the bankroll a little bit, would like to get back to EV, and cEV is a respectable 55 considering I am playing longer session and adding tables. Here is hoping that today I hit a big one.

And graphs because everyone loves graphs 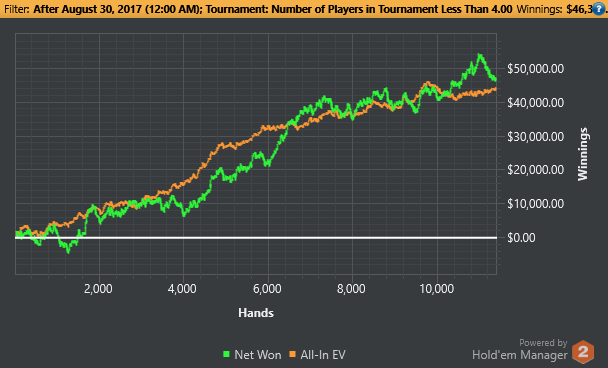 Posted 2 years ago
Is it just a Guts promo or MPN as a whole?

25x spins are nice, only ever had one.

I'm just starting on a "Spins" journey HERE, starting at $7 spins I think, would be cool to share some hand histories and stuff as there's not many spin posts on here!

5
Posted 2 years ago
Fish Parties are so fun! I recently played around 60 of them for fun and really felt there was a lot of money just sat there for someone smart to come in and scoop it all up!
RickyBobby

2
Posted 2 years ago
AshVIP: Is it just a Guts promo or MPN as a whole?

25x spins are nice, only ever had one.

I'm just starting on a "Spins" journey HERE, starting at $7 spins I think, would be cool to share some hand histories and stuff as there's not many spin posts on here!


It is a promotion specific to guts poker. I find that they have a few extra promotions on that site that appeal to my grind at the moment. I will be sure to follow your journey and will give you input on hands that you post. GL on the tables.

2
Posted 2 years ago
Jon-PokerVIP: Fish Parties are so fun! I recently played around 60 of them for fun and really felt there was a lot of money just sat there for someone smart to come in and scoop it all up!

Yeah, I wish that I had more time to grind them this year but I feel like they are soft and fun. Hopeful that I can build a bankroll quickly and start to grind the 20e games there.

2
Posted 2 years ago
Sunday was a pretty crappy day for volume. I was expecting the games to run a bit later but there was very little action at night and that hurt. I also had to play some 10e games in order to get in any games later in the night and I ran bad again in those. At the moment I am about twenty buy in below EV at 10e games which sucks but sooner or later will catch that heater and build the bankroll past these shot taking spots. Had to set the alarm early on Monday to try and make up for some volume, will also need to put in a big day Tuesday at this rate.

Results for $ and chipEV are on par for what I would like.

Clearing a bunch of the pips for the challenge, looking at the leaderboard there is going to be about five or six of us making that big push for all the pips. I was hoping that with last weekend of summer that maybe some grinders would have been off or maybe back to school but looks like there is enough of us to keep this thing interesting.

2
Posted 2 years ago
Day five into the challenge and my volume have dropped ☹. I already had some plans on Monday to run a D&D game for my friends and did not want to cancel it just to put in extra volume. I also thought that if I got home by 9 pm est that I would be able to get in some reasonable volume but for some reason, those pesky Europeans do not like to be up until 4am. All things considering, I still got in about 130 games and added another $170 to the bank. Looking at the status of the leader board and my current pace I think that I am not going to be able to break the top three for the leaderboard. Starting the challenge nearly two days after the leaders really put me behind the ball. I also over estimated how many games a day I would get since I considered that I would be able to get in reasonable volume after 8pm est. It is not all doom and gloom though, at my current pace I am going to still finish in fourth or fifth which is not bad. There is only a 100e difference between the two, which while not $0 is only equivalent to a day’s grind so not going to beat stress over next two days with over grinding.

I am happy though with the results, I will fall short of the goal of the 2k game. I could grind out extra hours tonight and tomorrow to try and get there but I would for sure not be playing A game so would rather just spread out those games over the next few days and play better poker. The bankroll is reaching a point where I will be able to take more serious shots at the 10e games.

Knock on wood, that over next few hours I run decent and manage to make 1k over the course of the week playing the 5e games which would be a respectable result.

Posted 2 years ago
Mate look at your roll!

50% increase in less than a week