PaddyPower Poker is one of PokerTube users most favourite rooms. Enjoying a huge variety of games and skill levels, members can also expected a number of exclusive promotions including added value tournaments and rake races.As a member of the iPoker network Paddy Power benefits from PlayTech’s user-friendly software, and there is never a lack of traffic. Players can enjoy an industry leading 200% first deposit bonus up to $2,000, giving you the most of your starting bankroll. Players have the option of playing on the site’s flash player as well as downloading the poker client. Paddy Power boasts a lot of soft players, mainly due to the site’s sports betting and casino games. Lots of fish will be looking to multiply their new found winnings on the poker tables, giving you the opportunity to add to your bankroll. There is a great range of tournaments on offer, with over $10 million in guaranteed prizes every month. There is also a first depositors freeroll, and various satellites to live tournaments sponsored by Paddy Power. 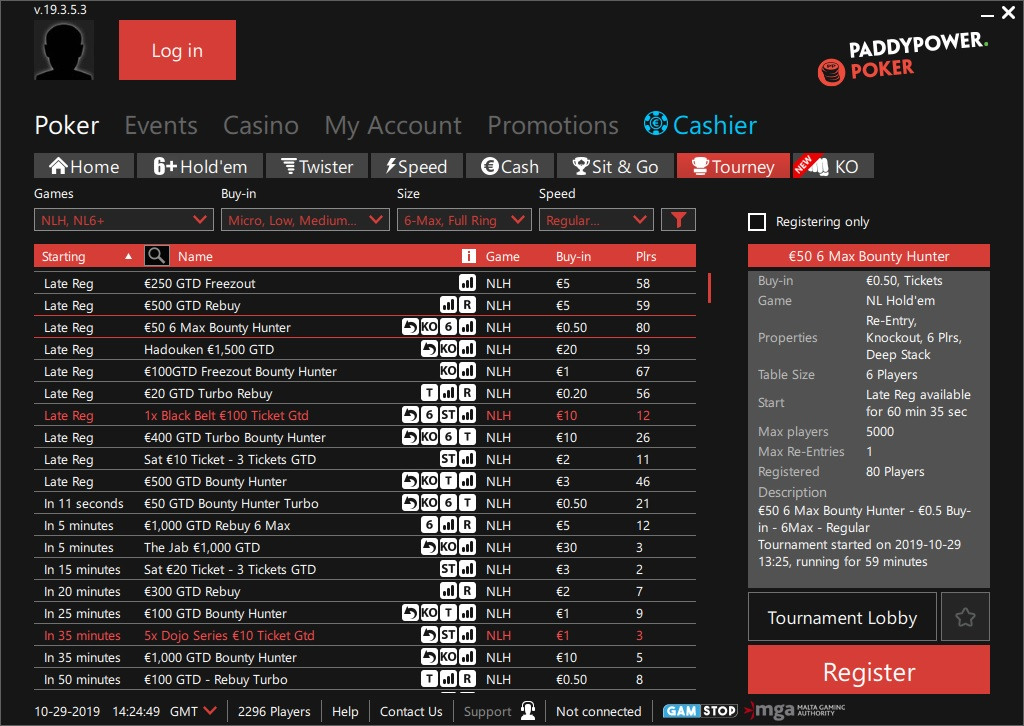 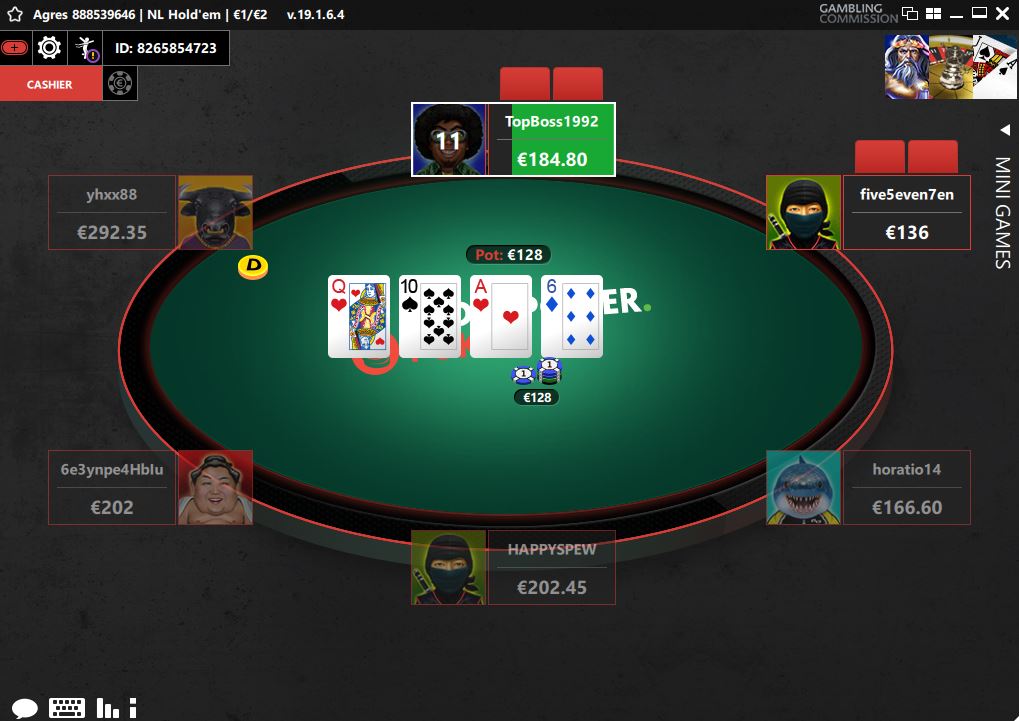 Paddy is great room to play at. Lots of players active at any time so no need to wait to find a table that suits you. Their software is decent and they offer some nic freerolls, satellites and promotions. Great loyalty scheme also so nice rakeback is possible depending on your playing level.

Big fan of Paddy Power.They are one of the many skins to offer big signup and rakeback offers when you sign up through pokervip.I always feel assured that they are a listed company(so there's no fiddling around with my money).As with other ipoker skins the traffic is fairly good and there's always plenty of donkeyfish(as most of ipoker is sportsbook orientated companies)..The colour scheme is fairly nice if you're multi tabling compared to other skins.I also quite like when you play with a hud on one ipoker skin you will have plenty of hands on players when you create an account with a different ipoker skin.Probably the best thing about Paddy is their value added tournaments/freerolls exclusive to their skin which are permeated by many of their huge sportsbook based customers.Oh and they have quite a number of satellites for live Irish events which often don't make guarantees and/or are played terribly.(That live bink dream is one step closer)

Love the green colour scheme whilst multi tabling. iPoker so big as are Paddy so my funds are super safe. Being part of Playtech means the fastest payouts around and i love the iPops MTT series they have once or twice per year.

One of the top3 ipoker skins in my opinion. Really good deal and really reliable company. It's one of those ipoker skins where support members are actually really knowledgeable. So on one of those rare occasions when you actually do encounter some issues with Paddy chances are they will be resolved really quickly.

I signed up at Paddy Power through VIP last year. These are my thoughts... ***** Pros - The rakeback deal at PaddyPower is fantastic, this sort of deal is a must if you're serious about playing poker. -The support are great, helpful and quick to respond - Good traffic most of the time, speed tables always going - Good selection of MTT's and Sit n Go's for tournament players with great value and soft play ****** Cons - Not the nicest software to use, but you can get the PokerVIP mod for free which makes this a lot better! - Connection issues sometimes ****** Overall, I give this 4 stars, the deal itself through VIP is 5 stars but small software issues bring it down, but that's my personal opinion and you may like it!