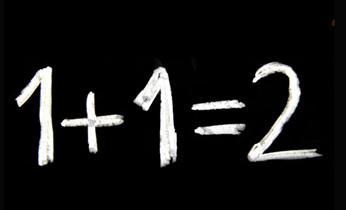 Firstly, congratulations on opening an article that claims to revolve around the use of mathematics. Poker is a game heavily entrenched in numbers and probability; without mathematical laws, the game would cease to exist. It’s ironic then that so many players hold mathematics in disdain; refusing to acknowledge its benefits at all costs.

The majority of players claim to be “feel” players. That is; they make plays based on what their gut tells them. This is not to be discouraged. By learning the poker rules and experience gradually this gut-instinct becomes increasingly finely tuned. There are some very strong players that claim to be “feel” players. The implication is that players who use maths are not “feel” players - as if they have some cold calculated system, devoid of all instinct. Nothing could be further from the truth. Most players are “feel” players; but the ones who use maths are able to explain to you why they have certain instincts, and demonstrate why those instincts may be correct/incorrect.

We are going to look at the basics of analysing poker using maths. This series of articles entitled “Expected Value  Calculations” assumes no prior knowledge of maths apart from the absolute basics (addition, subtraction, multiplication, division) etc. You may find it useful to have a calculator on hand. (Or use the in-built calculator most computer operating-systems come with today.)

We will start by making sure we understand the basics of expressing probability in maths. Feel free to skip this if it is already familiar to you – but if your maths is a little rusty it may be a good idea to brush up on the basics anyway!

Percentage = 50% - A percentage is a number out of 100 expressing the likelihood of an event occurring. If we tossed the coin 100 times we’d expect it to land on heads roughly 50 times.

percentages/decimals, a fraction is an indication of one number out of a second. The first number (numerator) and second number (denominator) can be any value you like. 1/2 could also be written as 3/6 or 150/300 but 1/2 is the simplest form. To convert a fraction into a percentage you convert first into a decimal. You divide the first number (numerator) by the second number (denominator). You then multiply your decimal by 100 for the percentage.

Ratio = 1:1 - These are more commonly used in poker calculations than fractions. Unlike fractions they don’t typically represent 1 number out of another number, but rather the separate parts making up the whole. In the ratio 1:1 we see both of these parts are equal – and so equally likely. Depending on their exact context, ratios can sometimes be used to describe a variety of different percentages. In the context of poker however, a ratio of 1:1 pretty much always equates with 50%. In order to convert a ratio into a percentage we first need to convert into a decimal. To convert into a decimal you divide the second number by the total of both numbers added together. In the case of 1:1 it would be 1 ÷ (1+1) or 1÷2 = 0.5. When maths is notated in computer text the sign ÷ can be replaced with /. We can see in the stage 1÷2 or 1/2 that we have indirectly converted to a fraction before we can reach a decimal.

Let’s establish what we mean exactly by “EV calculations”, seeing as it is the overall theme of this article series.

EV stands for “Expected Value”. It is a term taken from the branch of mathematics that deals with probability theory. It represents the average result you can expect from a certain situation.

Let’s devise a very simple game, similar to roulette. We place a $1 wager, and a coin is tossed. If it lands on heads, we win $1 (plus our dollar back), and if it lands on tails we lose our dollar. What is the expected value of playing this game? Your intuition might tell you that the expected value of this game is $0, and you’d be correct. True, sometimes we’d win $1, and sometimes we’d lose $1, but overall we wouldn’t make or lose anything. On average we’d make $0 every time we played the game. If we played 1000 games we’d expect our earnings to be around $0. How can we demonstrate this mathematically though? It’s time to introduce the basic formula for calculating Expected Value.

If we put these numbers into our formula we get

(Remember to use the decimal format of probabilities in any calculations)

We can see our expected value is $0. As we might have expected.

Let’s try a slightly more complex example. See if you can use the maths contained in the article thus far to answer the question. If not don’t worry; the answer will be given; but if you’ve understood everything in the article so far this should be reasonably straight-forward.

This betting game involves a deck of cards. You place a wager of $10. A card is drawn from the deck at random. If that card is a diamond you win $10. If that card is a heart, club, or spade, you lose your $10. What is the expected-value of playing this game?

Putting it into the formula:

We can see then that this game has a negative expected value. Every time we play, we will lose $5.00 on average. It’s true sometimes we may get really lucky and win our first 5 games in a row, but if we keep playing we will eventually lose. Playing this game is a really bad investment. People play games like this all the time in casinos however. The casinos don’t care if you win or lose in the short-term, they know they are going to make that $5 per game in the long run whatever happens.

Ok, let’s try one more example but see how it relates to a real poker situation.

We hold a flush draw on the flop and have 35% equity against our opponent. The size of the pot is $100, and we have $80 left in our stack.. The opponent puts us all in for our last $80. We call. Is this play profitable? What is the EV?

Hopefully you should be able to have a good try at working out the answer to this. When you’ve had a shot, compare your answers to the one below.

Lose-Amount = $80 (This is what you are risking. The fact that you contributed money to the $100 pot is not relevant)

Yes this call will be profitable and has an expected value of $11. We will make $11 on average every time we make this play. 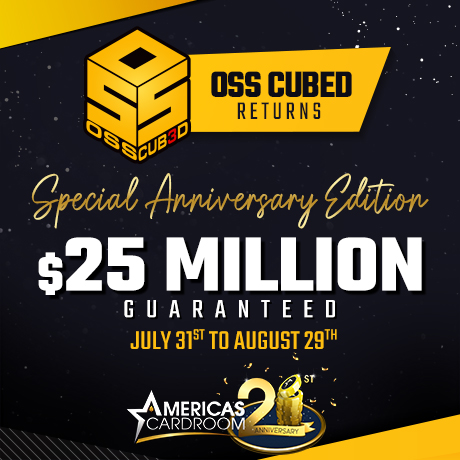