Free Poker PC Games You Should Explore in 2022 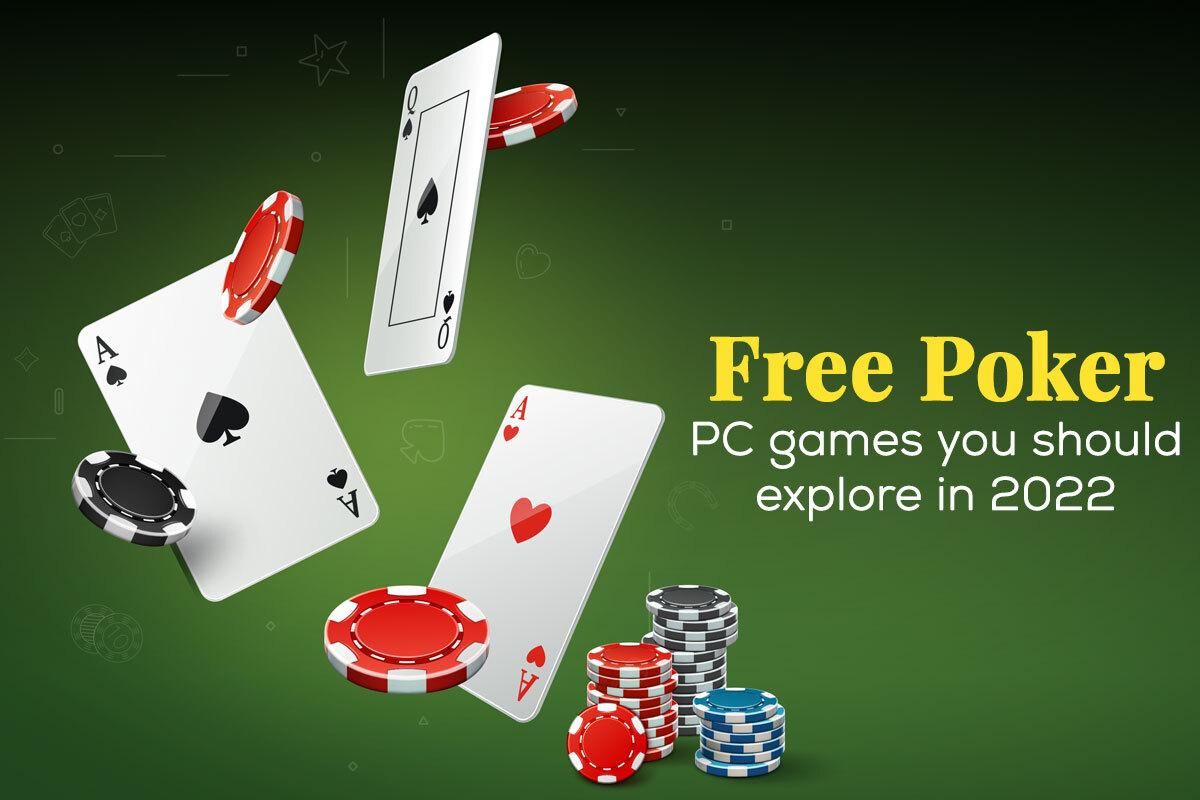 Poker is one of the few card games which has over 100 million players globally. The huge number is proof enough to determine the game’s popularity and presence in numerous parts of the globe. One of the primary reasons poker is so loved is that it facilitates players to test their skills. Since the game is not based on luck, it motivates players to compete with opponents with all their might. Furthermore, according to Forbes, playing poker also makes players better investors in real life.

Besides the orthodox offline format, online poker is also famous among enthusiasts. The best part about online poker is that it is conveniently accessible to players. By indulging in online poker games, fanatics can play against opponents from different parts of the world and level up by gaining experience. There are tons of free poker PC games available for enthusiasts who wish to experience the game on a big screen. Here are some of the most popular ones every poker fan should try out:

Poker Championship brings fans the most authentic online poker experience. Developed by BBStudio Inc, the game is free for everyone and is readily available on Steam for Windows and macOS users. It is one of the best PC poker games that test the abilities of competitive poker players to the fullest. Poker Championship features a massive Multi-Table Poker Tournament in which 500 players can participate and compete against other opponents to win big rewards. The free PC game also offers numerous customization features to players. For instance, players can choose from an extensive range of portraits to showcase their in-game achievements. To ensure that the players have enough in-game credits to participate in matches and tournaments, Poker Championship offers free chips to every player at an interval of four hours. In addition, there are numerous missions and events that players can participate in to stay above the ranks of other players. The game also facilitates poker players to compete against other players in real-time and give them a chance to register their names in the weekly rankings list. When it comes to the appeal factor, the game features an attractive interface that players find very engaging and attractive. Poker Championship is a great online poker game that poker fans with PCs should try out.

Developed by Pipeworks Studios, Prominence Poker is another interesting PC poker game that facilitates players residing in different parts of the world to play and compete against other players in real-time poker games. One of the most appealing features of the game is that it features a solo mode based on an interesting storyline. In this mode, players need to win matches against the four different in-game factions and ultimately battle the mysterious founder of the town of Prominence named “The Mayor”. Besides the exciting solo mode, the game also offers players a robust multiplayer experience. The multiplayer mode is further enhanced by the addition of scheduled events, everyday challenges, different tournament modes, and other such features. The popular online poker game is exclusively available for Windows users and is readily available for download on Steam.

Every avid online poker fan knows about the WSOP or World Series of Poker Website, which features various poker game modes. It offers free-to-play poker games for users who wish to compete against other players and develop their poker skills. The uber-famous online poker platform also offers enthusiasts dedicated applications for macOS and Windows. The PC WSOP game offers an appealing user interface and numerous attractive, eye-catching elements that captivate players’ minds. Besides the visual appeal, the game features tons of different poker game modes, tournaments, challenges, etc., which significantly enhances players’ experience. Poker fans who wish to try their hand at a completely free online PC poker game can install the official software on their Windows PC or Mac and start playing.

Governor of Poker 3 is an exceptional multiplayer poker game that PC players can download and install for free on their system and start playing. The game follows the concept of progression, which significantly adds to players’ online poker experience. It features numerous poker games that players can choose from and play with their friends or family members. The game offers ample credit to new players to ensure that every poker enthusiast can try out different modes without worrying about running out of in-game chips or credits. Governor of Poker 3 features 7 different poker formats. Moreover, players can team up with other players and compete against other teams to win exciting rewards. There are also various daily missions and challenges that players can complete to unlock rings, badges, and other achievements. The free PC game also allows players to interact with each in real-time by sending and receiving text messages. This feature allows players to interact with different poker players and facilitates them to share ideas, tactics, and strategies. The availability of emoticons makes the chat feature even more fun. Both Windows and macOS users can download the free game from Steam and install it on their system.

Playing poker games on the PC allows players to have a more engaging experience. Furthermore, the bigger screen and easier controls make playing online poker more convenient and interesting. Poker fans who wish to try out free PC poker games can download the ones mentioned above to begin playing.