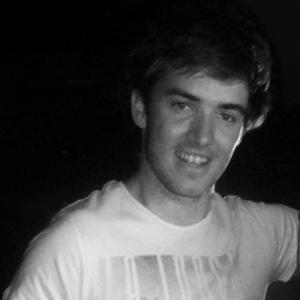 Chris Edwards (AKA Floppynuts09) is a heads-up cash game specialist, playing anywhere from 50nl to 400nl. He started his poker career in 2009, where he occasionally played both live and online. Although his real poker career didn’t begin until late 2010, where he began watching training sites and working harder on his game. He began grinding 6max SNG’s until he had a bankroll large enough to play the lowest heads-up cash game available on Full Tilt Poker. As you can see below, he spent a lot of hands playing 50nl, but eventually moved up to 100nl and 200nl with immediate success.

This was until he lost his entire bankroll when Black Friday hit. Within a few months of waiting, he decided to put the remaining funds he had onto Pokerstars.

Playing heavily under-rolled, he managed to grind 50nl successfully with the skill he had acquired on FTP. Within 2 months, he was playing 200nl with huge success. Chris has won over $30,000 playing poker, and is winning more and more by the week. He wins at a massive 10BB/100 and is one of the hottest players at the low-mid stakes heads-up games at the moment. 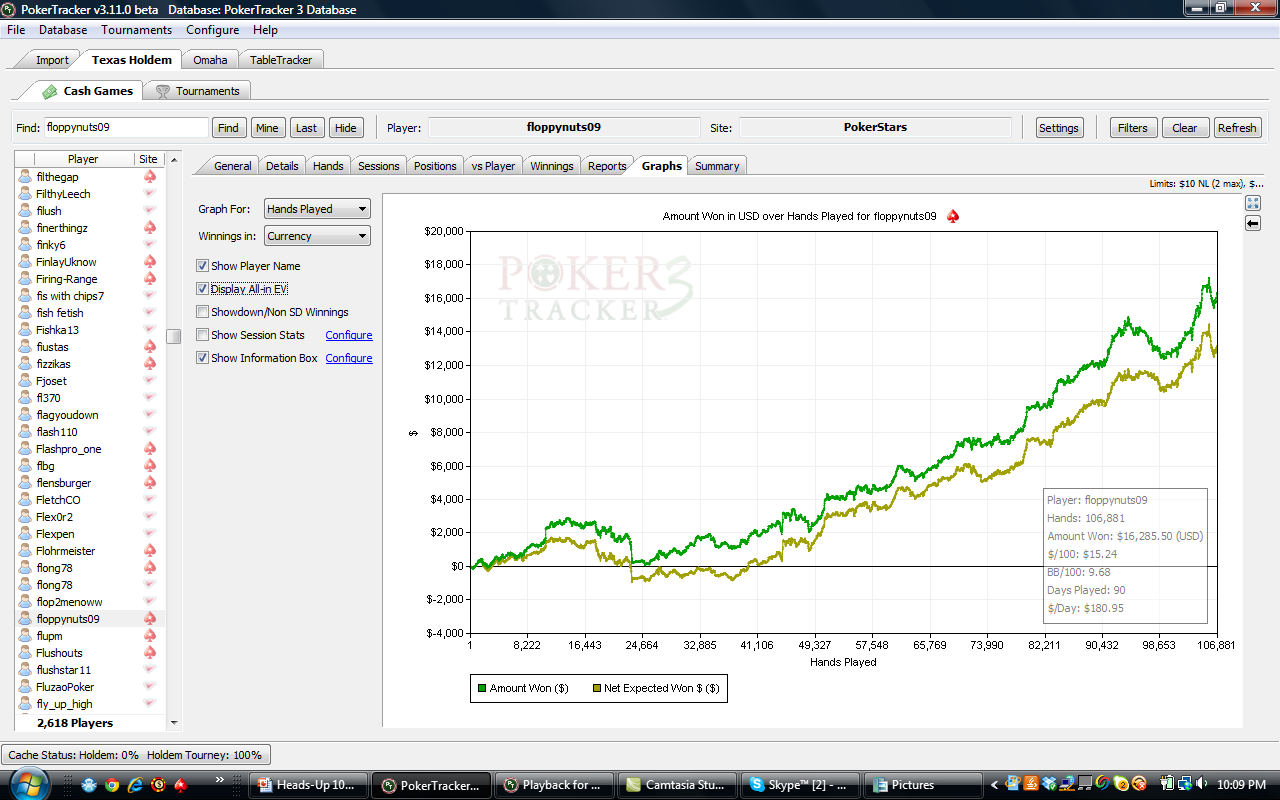 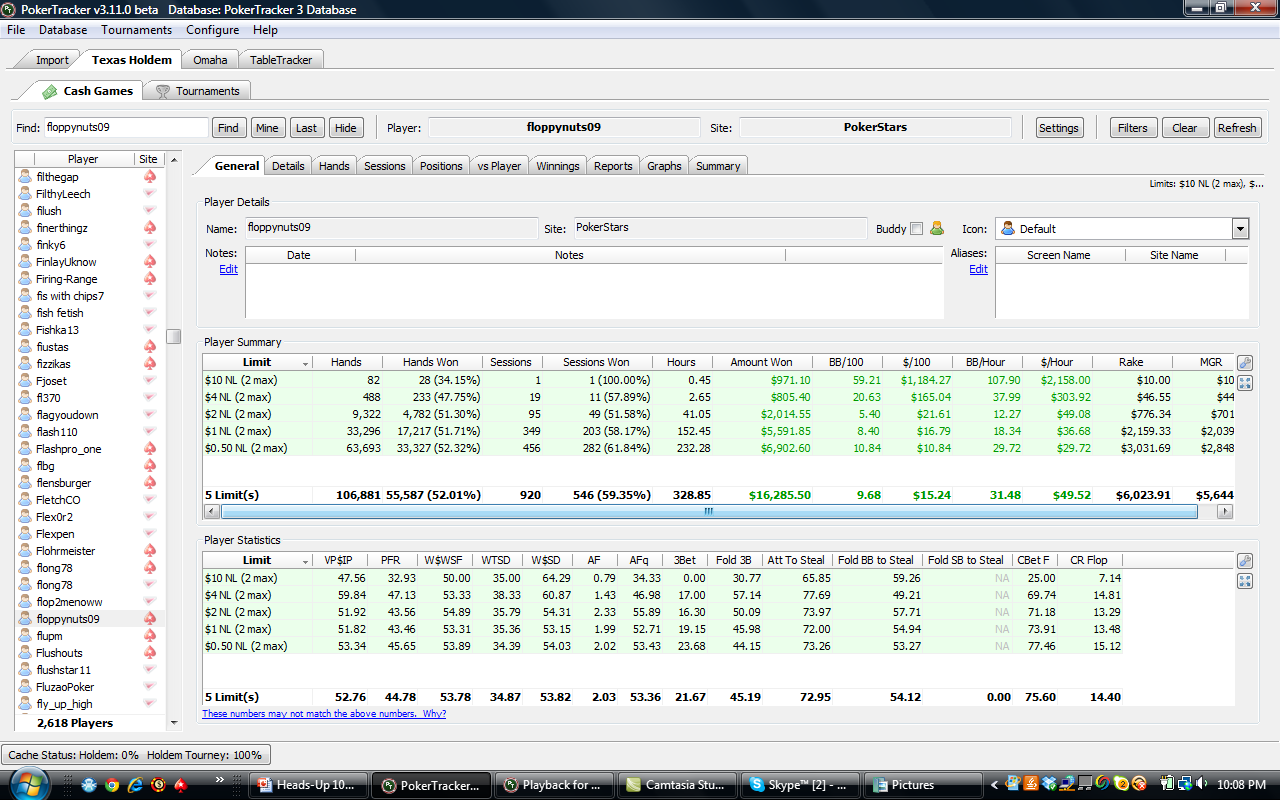 Really nice stuff on HU Holdem. It have really improved my game there!

4 Betting in Heads Up Poker

Defending the Big Blind Heads Up

Tim started out as a professional sports bettor and initially viewed poker as a hobby as most of us once did...

Oscar "ImFromSweden" Bergling is a popular NLHE online pro from Sweden. He rose to prominence through one of ...

Mike Gano is a professional poker player, coach, streamer, author, and DJ. He's been a consistent winner in th...