Social
Like this video?Share it with your friends!ReplayComment
< Previous
Next > 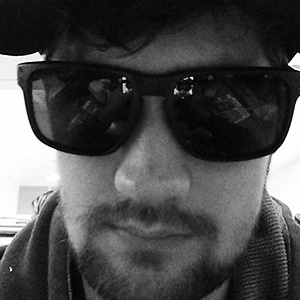 Nick has been a true microstakes grinder playing 10,000's of hands at each level of the microstakes. He has a growing win rate due to his hard work ethic and passion for the game. Nick has become familiar with almost every site which gives him a great insight into all playing styles. His knowledge on the basics of poker is fresh and suited well to todays game with a combination of feel and EV calculations. With a microstakes tournament win, SnG experience and currently crushing cash games, Nick feels he is becoming a well rounded player and is keen to share with you all of his knowledge!

How I Crush Poker With PokerSnowie Part 4

How I Crush Poker With PokerSnowie Part 3

How I Crush Poker With PokerSnowie Part 2

How I Crush With PokerSnowie Part 1

Write Review
Episode 3 of the Man v Machine series sees PokerVIP coach Nick Whitton review his game, stats, leaks and overall graph to check for improvement since using the Poker Snowie software. Nick also highlights leaks Snowie has found of his which he aims to improve on including 3betting, defending in the blinds and slow playing. Snowie also reveals Nicks grade as a player.

Hi I enjoyed all 3 of the videos on Snowie - I am tempted to buy the software and try it out. However, i very rarely play cash and I mostly play tournaments and SNGs. Many of these are satellite rebuys. Will snowie work with these as there are some big deviations on Bubble play i.e. big folds of big hands.

Interesting how Snowie thinks you dont raise enough hands on the flop it said the exact same thing for my game to. I dont have the betting to many mid strength hand inbalnces as Snowie said you do though. I think that would to have be a huge problem in your game that you need to address.I just cant see how it can be a correct strategy to have a huge Flop raising game especially against a another player playing an optimal Cbetting strategy which will be a polarized range in general.That is why i choose to deviate from Snowies recommendations and not raise as many hands as it said i should. When i do raise flops i choose hands that retain there equity well on future streets like Gutshots and for value hands which do not block my opponents Bet/calling range like Bottom Set. One last thing you said something about the turn being the hardest street in no limit to play i wholeheartedly disagree with this statement. The flop is the hardest street to play because mistakes in your flop stategy is what makes the future streets hard to play. However, if you have a great flop game Turns and rivers will become infinitely easier to play because mistakes on earlier streets compound themselves. Put it this way, your ability to play well on one street is a function of the last street. I hope i make at least a little bit of sense. Because i do not proclaim to know everything about poker although my knowledge is vast, you can know everything but at the same time know nothing in this game because thats just the way poker is.. There is no definitive answers to a lot of spots at this point in time. Also a bit of a tangent here one thing i have been experimenting in my game is use a random number generator to help employ mixed strategy's more effectively and add some randomness to my game. I got the idea from a Runitonce Video.. Its to early to tell how much this has helped my game as i have only been experimenting with it for a few 1000 hands. I think its probably completely unnecessary for 100nl though and i am probably wasting my time.