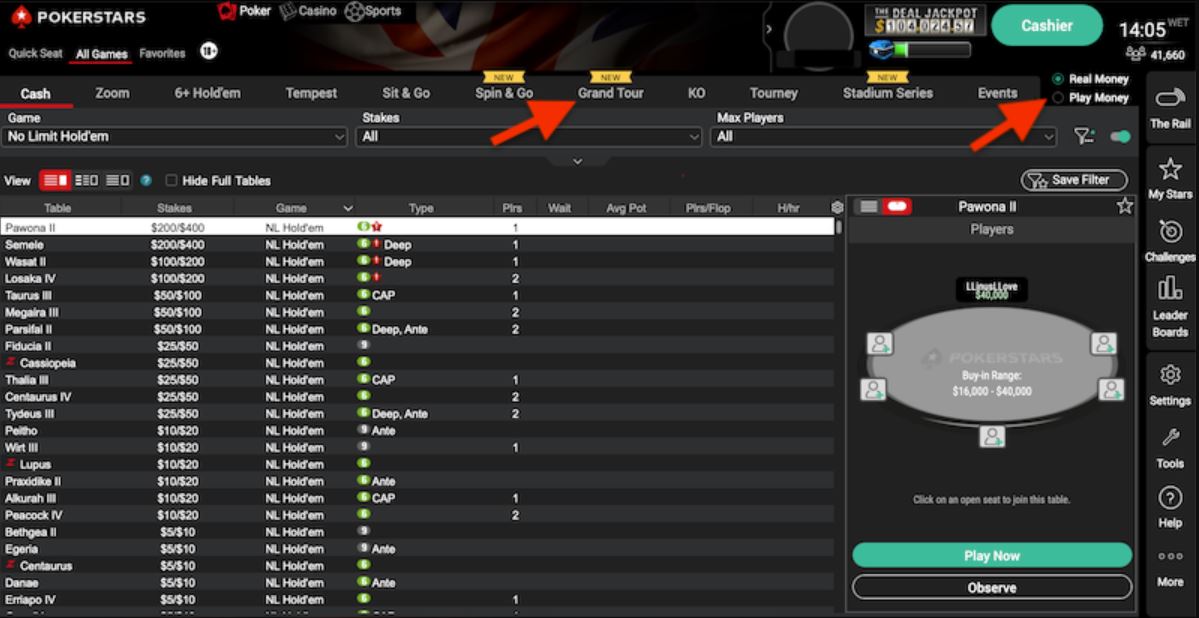 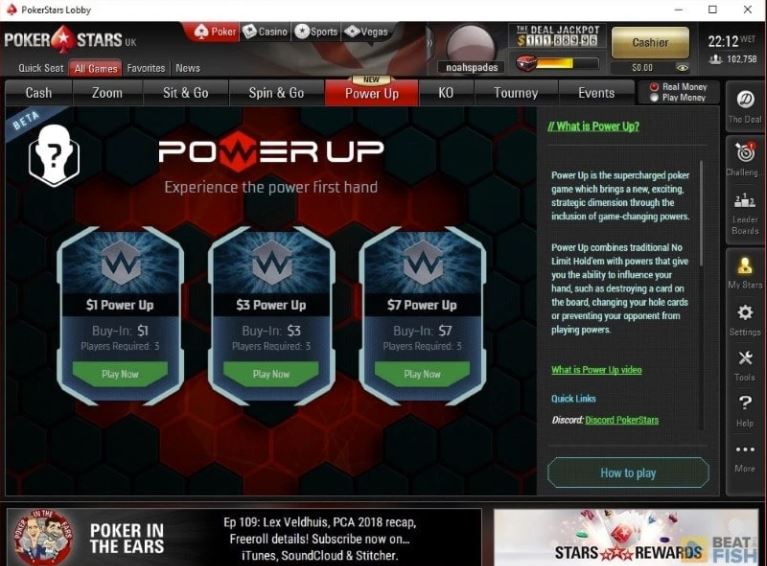 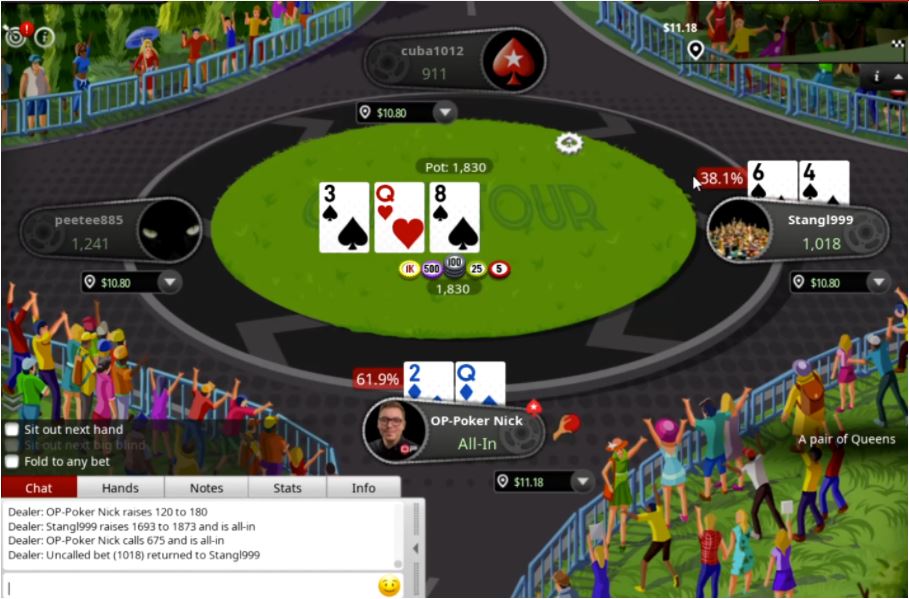 Great room with really lots of traffic. Good support and no problems ever with deposits or withdrawals.

Well Pokerstars is a must room for every serious poker buff! Great software and biggest players pool ever seen, you can find a games suiting your level at any time.

The best software by a mile and huge player pools 24 hours a day, the most enjoyable site to play online for me!

Crazy traffic 24/7 of course being the biggest poker client. Fantastic tournaments, always running and very regular for all stakes. Basically a game for EVERYONE! Software is smooth and fast, considered by almost everyone as the best out there. Zoom games are great for action seekers. The games at Pokerstars however are considered the toughest online to beat, and the deals available aren't as good compared to many other sites out there. However there are usually lots of fun promotions running that can keep the fun players having fun.

The biggest poker site and considerd best by virtually anyone witha view on it, the software is fast and relaiable, deposits and withdrawals are virtually instantaneous if using Skril or Neteller and you can find just about any poker variiant you can imagine here. They have Zoom, a fastfold variant and taffic aplenty to keep you netertained. Money is safe and segrgated nad plenty of promotions and giveaways to keep the fun going.

The best software by far and the busiest site in the world in terms of traffic and game choices. However with recent news of the VIP changes this leaves a bad taste in my mouth and will cost a high volume player some serious money. SNEs will miss out on $40k per year roughly which is an insane loss to take. HOWEVER with this comes a softer player pool once the regs leave and with the Spin & go's running round the clock and 12 millionaires made from them in the last 50 days i have to think Stars are still doing a great job and the amount of recreationals running to these games is insane. A billion dollar company ran by Amaya means players funds are now incredibly safe and i have no fear at all with leaving large sums of money on there.

There is nothing much that actually could be said about PokerStars other than it is the best poker site ever. The traffic is the biggest out of all poker sites, so no matter when you play you will always find enough tables running. It is also great for less popular forms of poker that you will struggle to find elsewhere. When it comes to cash outs obviously there is nothing to worry about the money is in your account within the seconds. The only disadvantage is that they do realise that they are the best in the business therefore they are not craving as bad for new players as other sites, which results in lower rakeback and bonuses.

I first got into poker after watching "The Big Game" on Channel 4, which was sponsored by Pokerstars.net. I had gotten to know some of the big names such as Daniel Negreanu, Jason Mercier and Elky and all of these guys had the pokerstars badge on them, especially once Full Tilt went under. So naturally, I went to pokerstars as my first site. Positives: - Awesome software, the best out there. - Great customer support - It can be awesome to check the nosebleed stake tables and see huge names like "isildur1", "supernova9" and "biatchpeople" who you can rail. - Widest range of games, stakes out there. - The place to be if you wanna be an SnG pro. - Huge tournaments such as the WCOOP and the weekly Sunday Million that could instantly propel you to glory from nowhere. Negatives: - Low rakeback - Comparatively, this is the site where the games are the hardest at each stake. - Tournament fields are huge, so variance is larger and you may have to play for 12hours before busting on the bubble, this is brutal. Overall, to start out this is probably not the site to use. However, there's always that corner of people's minds that will be dreaming about sitting at those nosebleed stake tables one day. A great site, I hope I will be playing on there some day in the future.

As other reviewers have said... What more can I say? Pokerstars is the world's largest poker room and as a consequence of this they have the most money to put into software development, promotions and all that kind of thing! If you play poker on an iPad, iPhone or Android device, Pokerstars is probably going to be your best bet. They also have the largest tournaments (by far), largest player pool and biggest variety of games. All of this combined with probably the best possible support one could come to expect from a gaming company. What more can I say?