Guts are on the ever popular Microgaming network, so finding a great game of poker should not be a problem at all. Gut's focus on fast withdrawals, range of deposit and withdrawal options and emphasis on first class customer support. Guts also support a Microgaming MAC client! We really like Gut's approach to running a poker room and think you will too. 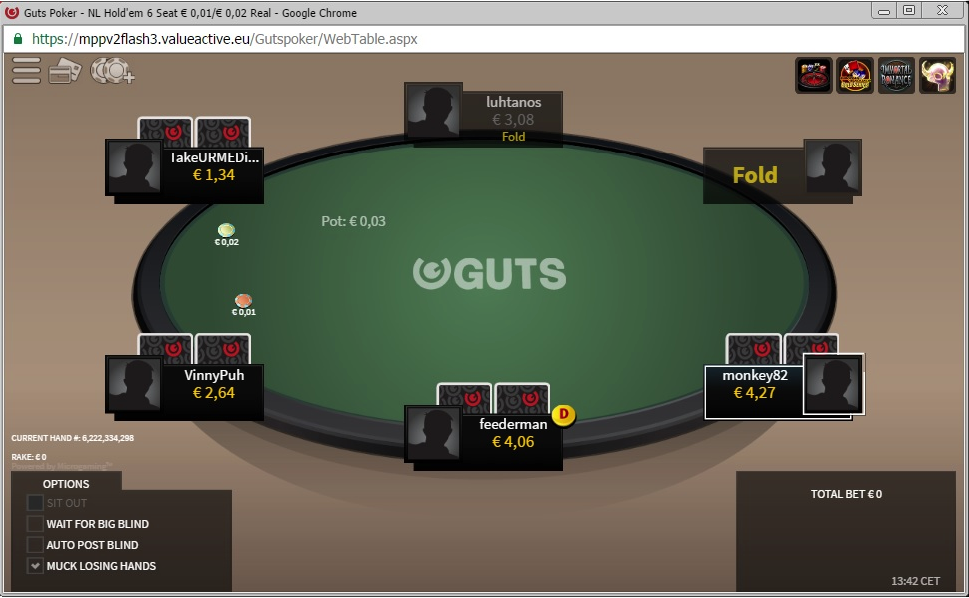 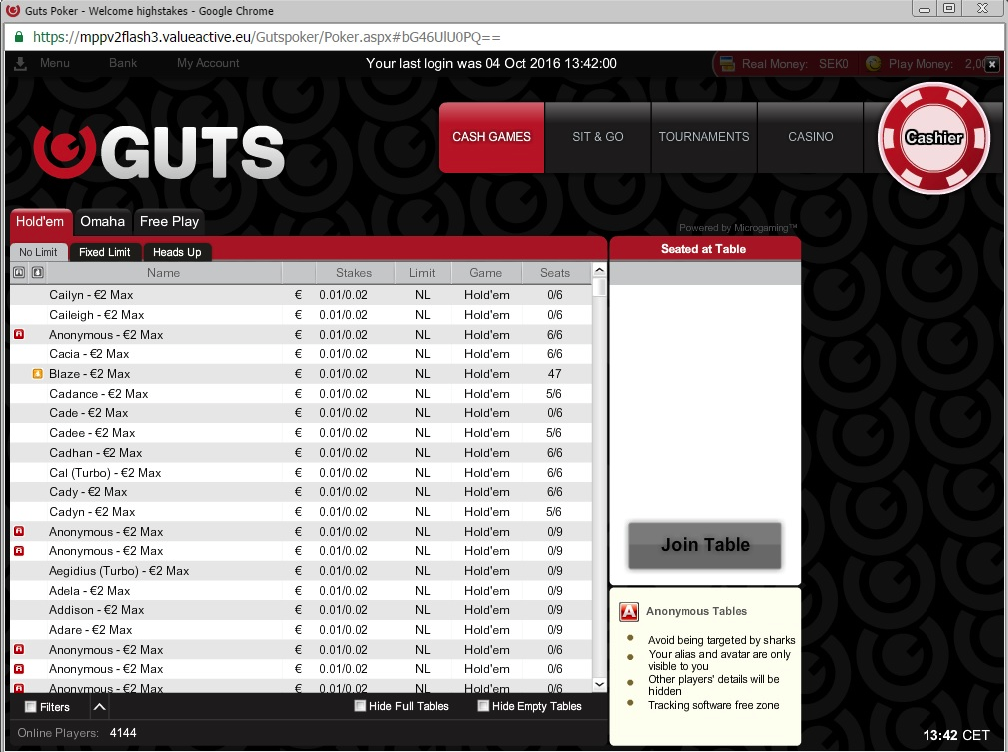 Another fine iPoker room, pretty much everything you need for good games and safe place to deposit your cash.

One of the softer Ipoker rooms. Decent traffic and good rakeback system. Also few freerolls to be found for fresh players!

Nice room, lots of games available and good enough rakeback system. Also great if you like to hit few spins in other games now and then.

Decent room and traffic, rakeback and tournaments on offer could be better but still worth giving it a shot.

Guts is very decent room, good software and all. Only bad they moved to iPoker since already had acc there.

Good software, nice rakeback and soft games, that is about what makes Guts different of some other iPoker skins. Good place for grinding most of the time.

If you like soft games then Guts is good place to play. Lots of fishes at tables and combined with good rakeback scheme it is perfect for grinding. they have also good choice of casino games if you like something beside poker.

Now when Guts is part of iPoker it is much better to play at as there is bigger pool of players. Good software, some nice promotions and bonuses, all around good room to play no matter what level you play at.