partypoker offer the worlds biggest games including tournaments, cash, 6+, SnG's, spins, fastforward and live events. With the largest pro Twitch team on the planet you can even watch yourself during streams and interact with the pros. 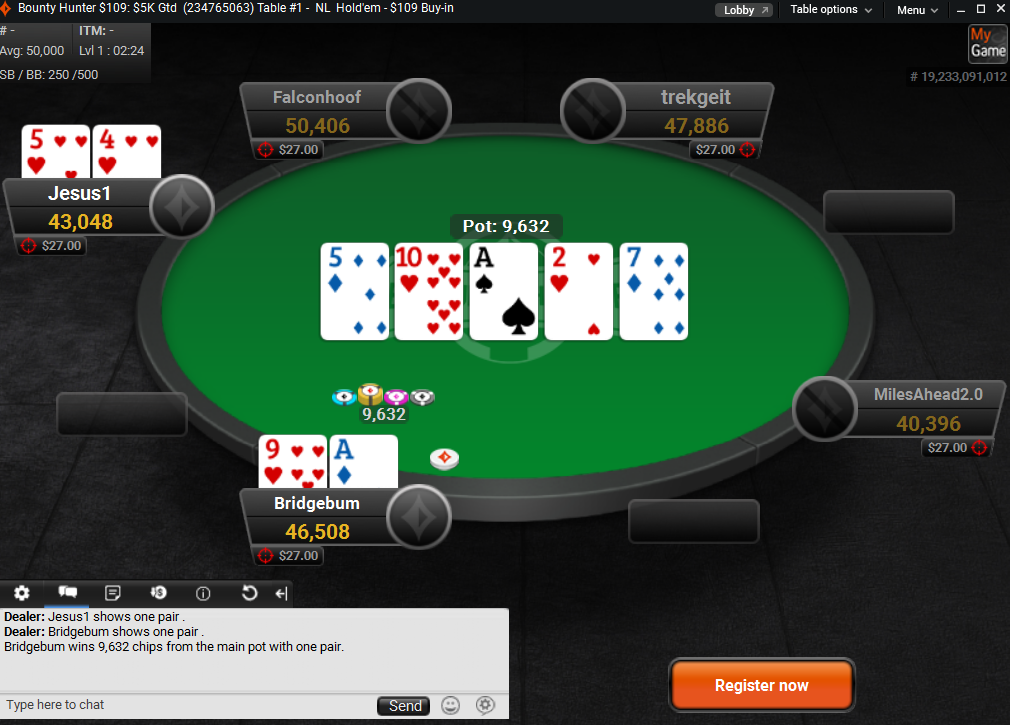 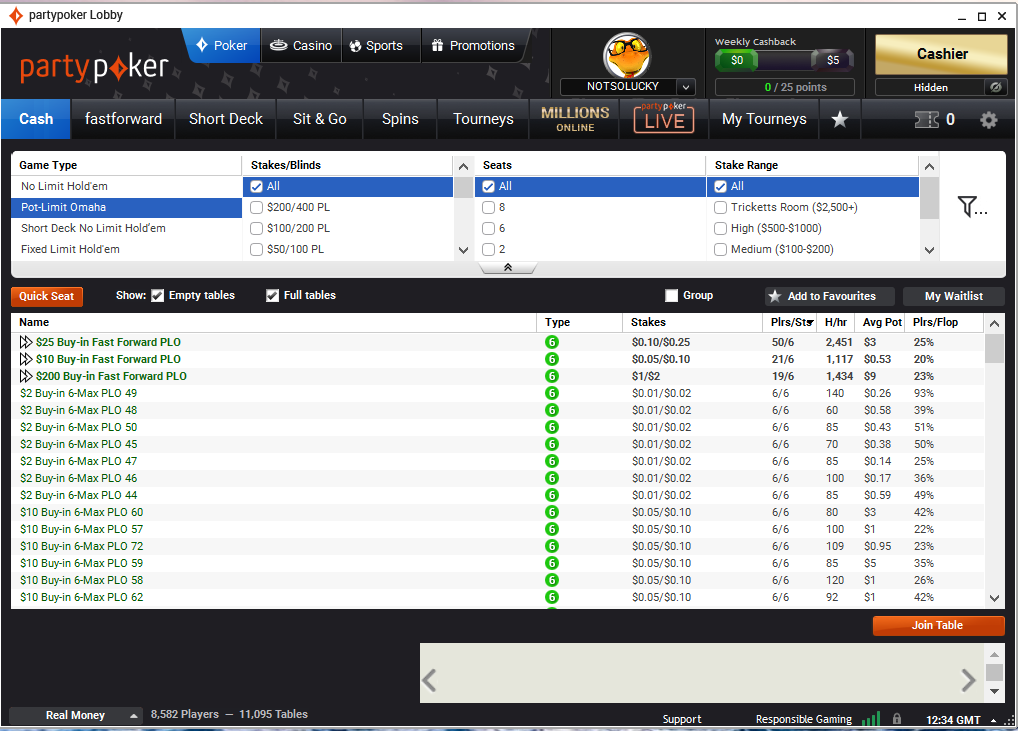 Party has its own network and it is really big success to have this many players at tables as independent room nowadays. Soft games and lots of promotions, freerolls and satellites are probably what keeps them running so good. Party is appropriate name as there is always lot of fun going on at Party.

Great room, one of the best I might say. Very soft games and lots of players. You can always find some SnGs to play and is perfect for fast fold games. They offer lots of freerolls and satellites too. Rakeback is good and they are part of PokerVIP race with $5000 of cash to grab.

Party is one of my favorite rooms for a long time. They are reliable place if you want to find a game at any time. Lots of players, lots of tables and nice straight, no fuss rakeback system. Also one of nicest software I have seen.

Cash games and Tournament players need an account at Party/DTD.Some of the softest fields around in both formats. Excellent software.Quick cashouts and have live chat and phone support for any issues.Great bonuses through their missions and Rakeback/Top 500 races etc. Live players are catered for massively also through WPT,Grand Prixs and UKPCs running satellites and direct buyin through the software. My favourite site out of the larger european contingent.

I recently have been playing some micro stakes on the partypoker. For newcomers to the game the site offers beginners tables where you can only play one table at a time, very nice to get a feel for the software and the game. The client site is easy to navigate offers a good variety to suit both cash and tournament players.

Played on partypoker a bit after coming to pokervip. My main game was 6max NLHE but on Partypoker I made a lot of money on the 0.5/1.0 7 card stud game. Here are my thoughts. Positives: - Super soft player pool. - Good support, not as good as you find on sites such as Stanjames but still very quick. - Great Fastfold games with tonnes of traffic - The 7stud cash game and tournaments are very lucrative with just a little bit of study into the game. - The rakeback is a lot better than people think due to the vast amounts of promos partypoker run that give you bonuses which clear at 20%. - MTTs are great, as stated by people above. Negatives: - Rakeback is obviously lower than other big sites, the rake charged is also very high. But this is something you have to contend with in exchange for soft player pool to avoid the regs. - Personally, I'm not a fan of the software. It feels a little bit clunky. Also the processing power required for each client is very high, so computers with lower specs may not be able to handle many tables simultaneously Overall, this is a great site to plan on, especially if you're an MTT player or a new player.

Really good option for MTT grinders. Cash players will be happy too because Party is probably the softest "big" site out there. Standard VIP scheme is unexceptional, but PokerVIP gold bars promo makes it solid.

One of my favourite sites ever, by far for MTT's. They have an awesome schedule, jam packed with a good range of tournaments + really soft games which makes it one of my top picks. The gold bars promo also makes this deal from PokerVIP the best on the market in my opinion!