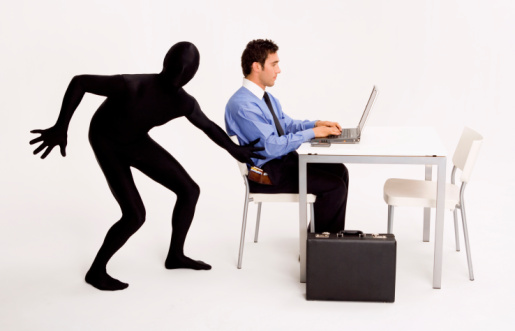 Scammer, grimmers, grifters and thieves have flocked to online poker since it began. An easy way to transfer money and to rip people off. Another way of being almost anonymous and just sitting behind a screen name.

Some huge scams have happened over the years such as the ability to see players hole cards, screen sharing, swapping money without paying back, selling %s in schedules and just running off with the money, selling %s to then go on to win a tournament to then not pay off their investors and so on.

So here are a few tips on what to do to avoid being scammed:

the player to verify himself. Pictures of his account, facebook and stats. Stats can come from so many sites such as SharkScope, OfficialPokerRankings and PokerTableRatings. These sites will show exactly what this player has done.

2) Ask around. You would be surprised how little this world it, so many players may have dealt with the same person or know someone who has.

3) Google them. Just type in their name, screen name or whatever information it is that you have. This will return searches on that person, which normally will show a forum thread which mentions them...this could be a scam thread.

4) Start small. Obviously some expert scammers out there start people small then take them for a big hit. But there is not a great deal we can do here. If you are buying a % for example buy 5-10% and not the 50% you was going to buy. Take it slow.

5) Trust your gut! Sometimes you can just tell you are being set up for a scam. Don’t be greedy as things that sound too good to be true generally are.

Now all of this can still leave you wide open to be scammed even if the guy checks out...human nature! People can get greedy and keep all the money or just do something stupid. Degenerates cannot control themselves and even someone with a crystal clean record can make a huge mistake due to something unforeseen happening in their life, such as going broke or if they have a huge unexpected bill to pay.

Scams have happened to almost everyone who has trusted someone with money or at least to someone you know. I was recently scammed for $35 which is a very small amount of money for someone to scam me with...especially because it was a scam set up in such a good way and executed in what he thought was perfect.

A forum member posted a blog and tons of great posts around the forum. His story was that he spun up $500 to $35k in a couple of months playing PLO. He posted plenty of graphs and he really did seem to know his stuff. He even spoke to me on Skype a lot and seemed like a cool guy. He asked if he could sell some %s so players could have a piece of him and rail him playing. I said fine and i will take 5% for some fun. Tbf i would have probably done this without all the great posts as i like flicking money in here and there. So luckily only myself and a colleague bought 5% of him totally around $70. So no members got hurt! Anyways i then started to doubt this guy once i read his blog properly and checked his OPR and SharkScope accounts. It just didn’t seem to make any sense. I asked him to send me a picture of his cashier so i could brag it around a bit and write an article on him. This is what he sent me: 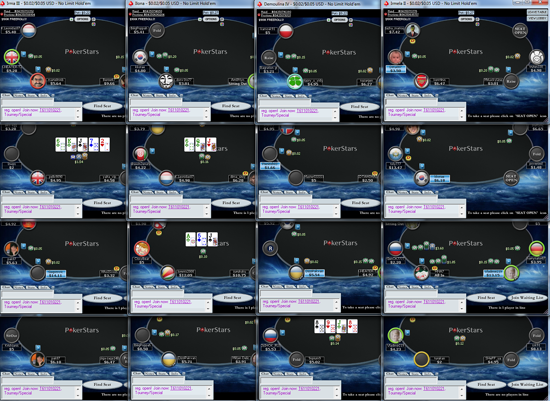 1) First of all this cashier does not look like mine. Where are the other currencies and the spacingg looks different. The left hand side with his screen name looks legit and i am 100% sure this is his account.

2) The crispness of the bankroll text compared to real text. It doesn’t look right and is far too clear as if it has been added on.

4) He has proven he can use photoshop...think about it...he has blurred out the address and email with a blurring tool found on photoshop.

After this i played it cool and just tried to find out more. His first tournament was a PokerStars Big $109 which had begun, he didn’t show up in the lobby so i just asked him how he was getting on. He replied that he had bust in a sick hand and sent me the screen shot of it:

So a few things to notice here is the size of the pot. This pot would mean both players had exactly the same amount of chips. Also he why does he have the other table open? He basically had a couple of tables running waiting to see a bust out. So he could photoshop his name into it and pretend it was him. Also notice on the table he bust out he has clicked notes. This is because Chat would show the real players name who bust. I checked the lobby again and he was never in this tournament.

This scam ended with me confronting him. He said PokerStars lobby must have a glitch and he would email them, he told me he would said my funds back so i felt safe and then he signed off and i have not heard from him since. Wp buddy, enjoy the money and i hope you bust every tournament you play again :)

Be smart, be safe and be secure!