Betting on the NFL for Beginners

The NFL—National Football League—is the most watched sport in the United States, by some margin

The NFL—National Football League—is the most watched sport in the United States, by some margin. So it shouldn’t come as a surprise that NFL betting is also incredibly popular throughout the country.

A Way of Life

Much in the same way that football/soccer is a way of life for many Europeans, the NFL carries the same weight in the United States. Amazingly, the season only runs for six months of the year, though, unlike the 10 month seasons in major football/soccer leagues, which have a major tournament every two years during the off-season.

But during those six months there are plenty of high-quality NFL games to watch, supplemented by the college football leagues where the next generation of major stars showcase their talents.

In February, the whole season builds up to a climax with one of the biggest sporting events in the world on the entire calendar—the superbowl! It’s hard to think of a serious contender to the status that this game has in American culture.

So what’s the crack with betting on the NFL? For starters, American sports betting is slightly different to what is usually seen in Europe and the rest of the world. For the unfamiliar it’s important to take stock before risking any real money.

Betting the moneyline is the easiest way to put a wager on a NFL game. All you’re doing here is picking the team you think will win.

In cases where both teams have a negative number—rare but it does happen—the number furthest from zero is the game favourite.

The over/under market is also popular and not difficult to understand. Here you aren’t concerned with the game result, you only want the total number of points scored in the game to be above or below the total set by the bookmaker. 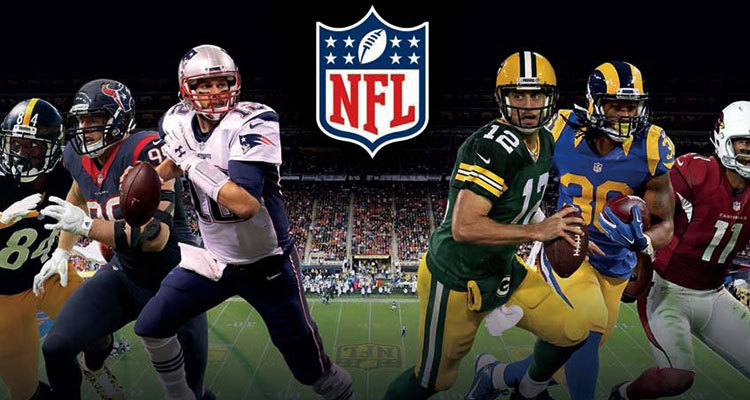 Spread betting is another popular way of betting on the NFL, and it can be a lot more fun than plain old odds betting. NFL games are usually high scoring, giving plenty of scope to analyse not only who will win but also by what margin.

The bookmaker will set by what margin the favourite must win by and you can either agree with that or go the other way. This is one of the most fun ways to bet on and watch a sporting event at the same time, and the NFL is just perfect for this.

There are a few other ways to spice up betting on the NFL. In-game betting is a relatively new way to increase the excitement level, but beware because the odds can move at an alarmingly fast rate and catch out the unaware.

Another is to build accumulators/parlays. This is betting on several results to happen to win your bet. This is a popular method for betting on European football/soccer and works just as well in the NFL. With so many NFL games happening at the same time it can be the ultimate betting thrill to be chasing so many results over just a couple of hours.