This Sunday (17th May) will see 4 WSOP Circuit Rings being awarded starting with the $200 buy-in WSOPC Ring Event #7 Monster Stack $500K GTD. The previous Monster Stack Event #4 saw more than 5,000 entries and a staggering $948,520 GTD prizepool. If history repeats itself and more, Event #7 might just see its guarantees go over $1M.

The highly anticipated $25,000 buy-in High Rollers Championship is also happening this Sunday. With a whopping $10,000,000 GTD, the WSOPC Ring Event #8 is sure to gather a massive audience. As it stands, Bryn Kenney, Fedor Holz, Elky and Natural8's very own Fedor Kruse has already registered to participate.

Don't have $25,000 for a direct buy-in? There are many satellites and step satellites to the High Roller Championships available. They run regularly and start from only $10. Look out for the Ultra Satellite Direct Qualifiers that have a buy-in of $100.

Another highly anticipated event happening this Sunday is the $100 buy-in WSOPC Ring Event #9 Mini Main Event $1M GTD. The event has already surpassed its guarantees. At the time of writing, with almost 20,000 entries, the guaranteed prize pool has jumped to $1,836,688. With 3 days before the Final Day and many available flights remaining, the prize pool is sure to increase and is expected to double its original $1M guarantee.

The final event of the day is the $10,000 buy-in PLO HR Championship $1M GTD. Expect some heart thumping non-stop action at the tables in the WSOPC Ring Event #10. GGPoker Ambassadors Felipe Ramos (Brazil) and Fedor Holz (Austria) are already ready and waiting to get started. 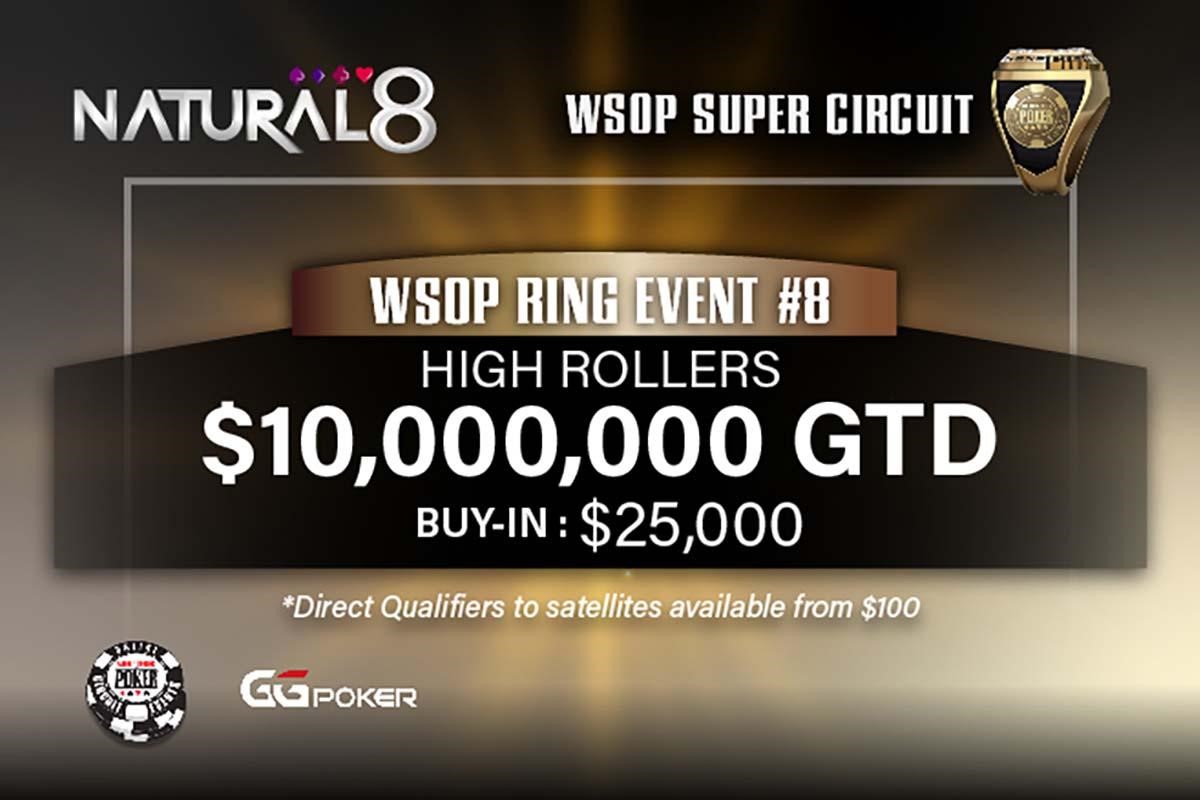 Get in On The Satellites Or Stake The Pros

For those who would like to be part of the action but is finding it hard to muster the buy-ins, check out the many satellites offered. You can qualify for the main event with just a fraction of the buy-in. These satellites run throughout the day and there's still time to get in on it.

If you prefer to watch from the side lines but would like to get in on the action, Natural8's Tournament Staking is just the thing for you. Tournament Stakers are able to watch their players at the tables as well which makes it even more exciting. 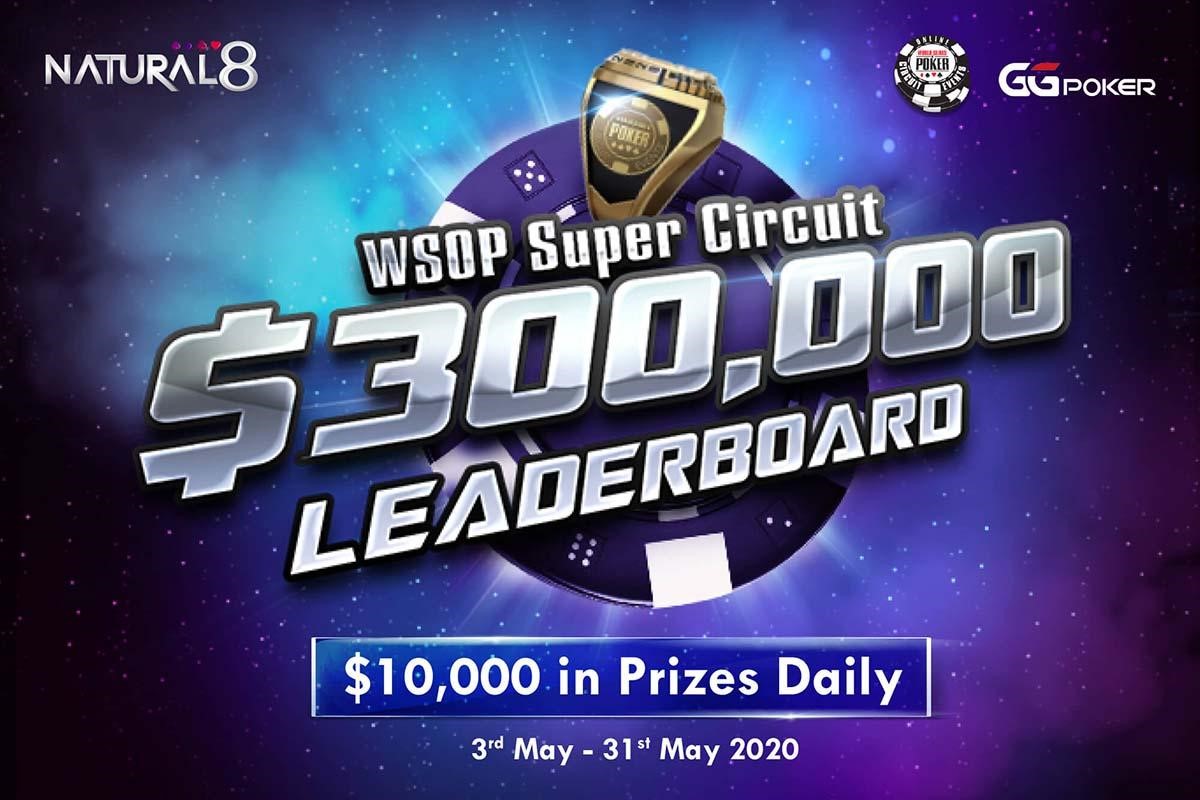 Additional Promotions Available Only At Natural8

Race your way to the top of the Natural8 Exclusive $300,000 WSOP Leaderboard to win daily prizes. There are THREE new and improved leaderboards available: Asia, LATAM (Latin America) and ROW (Rest of the World) with $10,000 in prizes paid out daily.

Players can also look forward to Natural8's WSOP Super Circuit Hero tournaments. At buy-ins of only $1, winners will be guaranteed seats to selected WSOPC Ring Events satellites as well as a shot at a $500,000 Natural8 Ambassador package.

Natural8 is Asia’s leading online poker platform, and besides guarantees of over $20M in monthly tournaments, also offers innovative games like Rush & Cash and Spin & Gold, as well as immersive social interactions such as in-game tournament staking where you can feel as if you're right there at a table.

New to Natural8? Get a head-start and build your bankroll with exclusive promos like the $1,688 200% First Deposit Bonus and $500 Weekly First Deposit Freeroll. Download the Natural8 app to start playing in tournaments like the N8GGMasters with $500,000 in guarantees.