Antonio Esfandiari is one of the faces of poker, so entrenched that it’s difficult to imagine the game without him 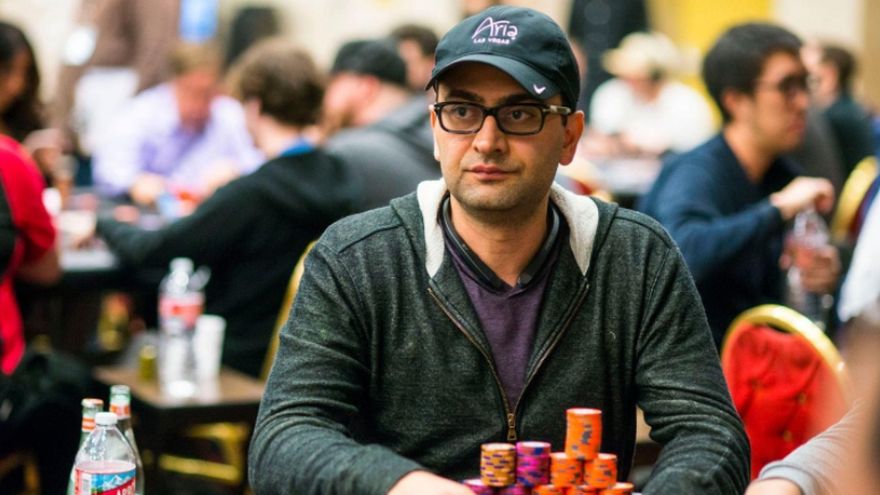 Antonio Esfandiari is one of the faces of poker, so entrenched that it’s difficult to imagine the game without him. He has a net worth of a staggering $27 million, won the biggest prize in poker (more on that later), and continues to perform at the biggest tournaments on the planet.

Yet Esfandiari started from a grand total of zero. At one point, he’d hit rock bottom, briefly going to jail after he was caught selling marijuana. During his time in jail, he promised himself he would never break the law again. Here’s his story.

Inspiration from His Father

Antonio grew up in challenging circumstances, with his family having moved from Iran, escaping a difficult political situation. His mother left the family when he was young, leaving his father to raise three children alone.

His time in school wasn’t easy. He looked different, didn’t know all of the American lingo, and often felt out of place. He felt a strong urge to prove himself in front of his peers, something that eventually led to his trouble with the law.

His time in jail was difficult but transformative. He felt a deep sense of guilt towards his father, his absolute hero, the man who gave up everything to sacrifice for his kids. And Antonio had let him down.

He swore that would be the last time, using the inspiration from his father to embark upon a career in magic. He practiced to the point of daily exhaustion, performing tricks in front of everyone he met. He started making real money with simple card tricks, and became a bit of a sensation. But bigger things were yet to come.

Antonio is a realist. His upbringing taught him that. Once he realized his career in magic had real legs, he decided to change his name. Yes, Esfandiari wasn’t called Antonio at birth. His parents had originally given him the name Amir.

But he was trying to make it in America, in a world where having what he deemed to be a ‘gypsy’ name wouldn’t bring him the success he craved. Whether he would have made it as Amir is another debate altogether, but the change of name highlights one thing: Antonio is willing to do anything to succeed.

He even had a nose job to change his appearance, to look less foreign. Some may think this is a little excessive, but it just further shows just how much fire he has to go to the top. And considering where he ended up, let’s just say his methods work.

Antonio always had a thing for cards. That’s perhaps not altogether unsurprising, considering his family is originally from Iran; the country that has a deeply embedded relationship with traditional card games like Rok or Ghahveh, and the region where online poker is increasingly gaining a foothold. A growing number of websites specializing in online casinos, like arabianbetting.com, have sections dedicated to poker covering many aspects of the game, like basic rules and game variants. But, having ranked number one for all-time tournament poker winnings, Antonio may well be the inspiration behind the common question asked on these websites: “Should I play poker tournaments or cash games?”.

At this point in his career, Esfandiari’s answer is that this depends on whether you play with a weak or high-performing opponent. You can defeat weak opponents very easily in cash games, while, since they still have some odds on their side, beating bad players in poker tournaments still requires you to deliver above expectations. When his career was in its infancy though, even Esfandiari would have been likely to follow the advice found on these websites, which emphasize that it depends largely on the time they have on their hands (the more time you have, the more tournaments you can play; while cash games are for those in a hurry). Today however, after long years of his full-time preoccupation with poker, Esfandiari is able to meet the game inside out, and provide intriguing on-point solutions to any kind of situation.

And this ‘breathing with poker’ kind of obsession is not reserved to Antonio alone, but runs in the blood, with his younger brother Pasha also playing it professionally.

Whilst working as a magician, he was casually invited to play a game of Texas Hold ‘em. The rest, as they say, is history. It was clear from day one that he had a special talent, and his jobs in magic started to take a backseat to poker tournament play.

Antonio has a unique talent, having the innate ability to read other people, catching small patterns in behavior, giving him an edge over his opponents. Coupled with his insatiable desire to learn poker strategy, he quickly began to notch significant tournament wins.

In 2004, for example, he won a staggering $1.4 million, notching his very first World Poker Tour title in Los Angeles. Just a few months later, he won the World Series of Poker bracelet. And this was just the beginning.

Esfandiari continued notching big-money success, winning multiple six-figure sums at major tournaments. But all of his achievements pale in comparison to winning the “Big One for One Drop” event in 2012, which won him a record $18.3 million. At that point, it was the biggest poker win in history. It instantly catapulted him to becoming one of the leading names in the industry, instantly recognizable.

He celebrated his win in fitting fashion, hugging his dad with unbridled emotion. Microphones caught him saying “this is for you” to his dad, fittingly giving him the credit for all of his sacrifices.

Overall, Antonio has notched $27.6 million in live prizes, which has him sitting 11th on the reliable US All-Time Money List. At his peak, he was in the top 4 of this list, but poker has taken a little bit of a backseat since he married Amal and became a father himself in January 2015.

He’s still hitting wins that others would struggle to ever get, such as the 2019 World Series of Poker No-Limit Hold’em prize of $82,365. But Antonio himself has said that now he’s a dad, his priorities have changed. And considering his net worth is over $27 million, who can blame him?