It’s demoralising and frustrating, but it will invariably happen to all of us sooner or later, and typically more than once

Every poker player who’s stuck around longer than that first game eventually experiences a downswing. It’s demoralising and frustrating, but it will invariably happen to all of us sooner or later, and typically more than once.

A downswing, or running bad, is all part of the game. The signs are clear: maybe your bluffs don’t work, playable hands become useless at the turn, or you're raised every time you bet  - they are all probable outcomes during a game of poker, the negative side of the positive outcomes that keep us playing, game after game.

What’s important in these situations is to analyse whether you’re running bad, or playing bad, or if the downswing your experiencing is a bit of both.

Sometimes, and often for streaks at a time, the hands that you're dealt are less than desirable poker hands. This is an element of running bad, but it's all part of what you signed up for when you first took an interest in playing cards.

It turns into playing bad when you start making poor decisions, even when you’re experiencing this bad run of luck. Spending more than you can afford to lose? That’s playing bad. Not taking the opportunities to fold and observe when they’re handed to you? Again, playing bad. Heading into tilt is a dangerous territory to be in, and the only solution is to stop playing. You’re no longer able to be present in the games you play, so take a break and sort your mindset out. Poker’s not gonna go anywhere.

If, however, you haven’t quite reached that desperate stage, there are some things you can do to break your bad run.

Whether running bad, or playing bad as a result of running bad, it really is beneficial to step back from active play to revisit your poker strategy. You wouldn’t be reading this article if you didn’t already know that a game of poker is far more than just a series of hands, and if your aim is to play to win then you’ll need to refine your strategy to be better than that of your opponents.

What’s the aim of your strategy? How does it take advantage of the mistakes your opponents are making? What are the current weaknesses in your strategy? Look at what you were doing before you started experiencing the bad run, whatever mistakes you were making then you now have the opportunity to fix them.

If you’re just starting out with this bad run then get some perspective. You’re on a downswing, so don’t delude yourself that you’re playing an exceptional game, blaming the luck of other players for your bad results. Yes, mathematically some players do seem to have more favourable opportunities than others, but that’s poker! It’s not as mathematic a game as craps or baccarat, but that’s also why we can play it at a professional level.

Running bad can make you a better player, if you’re the type that thrives on adversity, so sometimes you just have to suck it up and accept that it is all part of the game. If the grind becomes too much, revert back to taking a break, but when you do hit the tables again keep a laser focus on your edge - everbody’s got one.

This is advice that can make you a better player overall, but it’s especially useful when trying to combat a downswing: start learning and playing a new game. 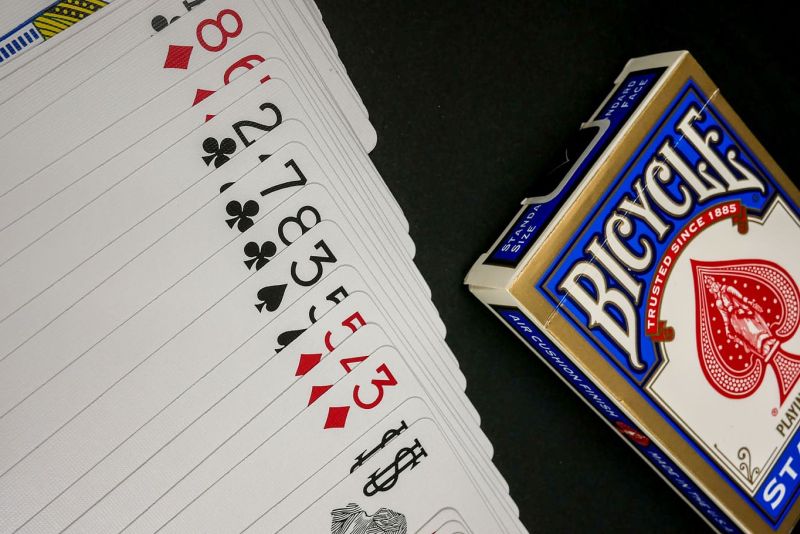 First of all, learning a new game provides a major distraction from the bad run you're experiencing, and it will help boost your brainpower too. We won’t go into great detail about the neuroplasticity of the brain here, there are plenty of other resources you can check out for that but very simply, learning new skills creates new pathways in the brain, making it smarter, sharper and more efficient. And who doesn’t want that for their brain?

You don’t even need to play for real money thanks to the proliferation of apps and online platforms offering free games. Or, if you’re more old school then pick up a rule book and practice with your friends or colleagues. You may be a diehard Hold ‘em player, but playing variations like Pineapple OFC or Omaha will leave you with skills that you can transfer over to your main poker game.

It’s going to be all go on ACR over the next few days with a $1 million GTD ev...