Spring Championship of Online Fantasy Football Kicks Off this Weekend

The Spring Championship of Online Fantasy Football (SCOFF) kicks off this weekend on FanTeam—Europe’s biggest fantasy sports provider—who are partnering with 180 Vita. Both companies are looking to preempt a shift away from online poker as the world returns to normal post-pandemic. 2020 was a bumper year for online gaming in general, but we expect some of that momentum to dissipate as gamers look for fresh outlets for their creativity.

A Massive €500,000 Guaranteed Prize Pool for the SCOFF

Starting from Saturday May 15 players will have the chance to stake their claim for a slice of the massive €500,000 guarantee. The SCOFF proper starts on Tuesday, May 18th at 18:00 BST with a full two weeks of action. The weeks will run as a pair of separate events with entrants having the opportunity to pick two different teams.

The SCOFF is a €1,100 buy-in final with a few different opportunities to get in on the cheap.

If you prefer a direct route then check out the €11 satellites available for a single step.

Those that are new to the idea of fantasy sports will no doubt be delighted to hear some rags to riches stories involving newbies. Unlike poker, where it can take a considerable time to study enough to be able to show a profit, in fantasy sports the player can draw upon years of sports knowledge they accumulated just by watching TV.

In the World Championship of Online Fantasy Football (SCOFF) player “fscottl”, from Scotland, entered a €2 event to qualify and ended up winning the whole thing for a whopping first place prize of €30,000.

FanTeam member “top” kicked off his career with a freebie ticket worth almost nothing, and ramped that up into €128,000! There are professionals that are earning as much as €200,000 year-in year-out. Serious money. 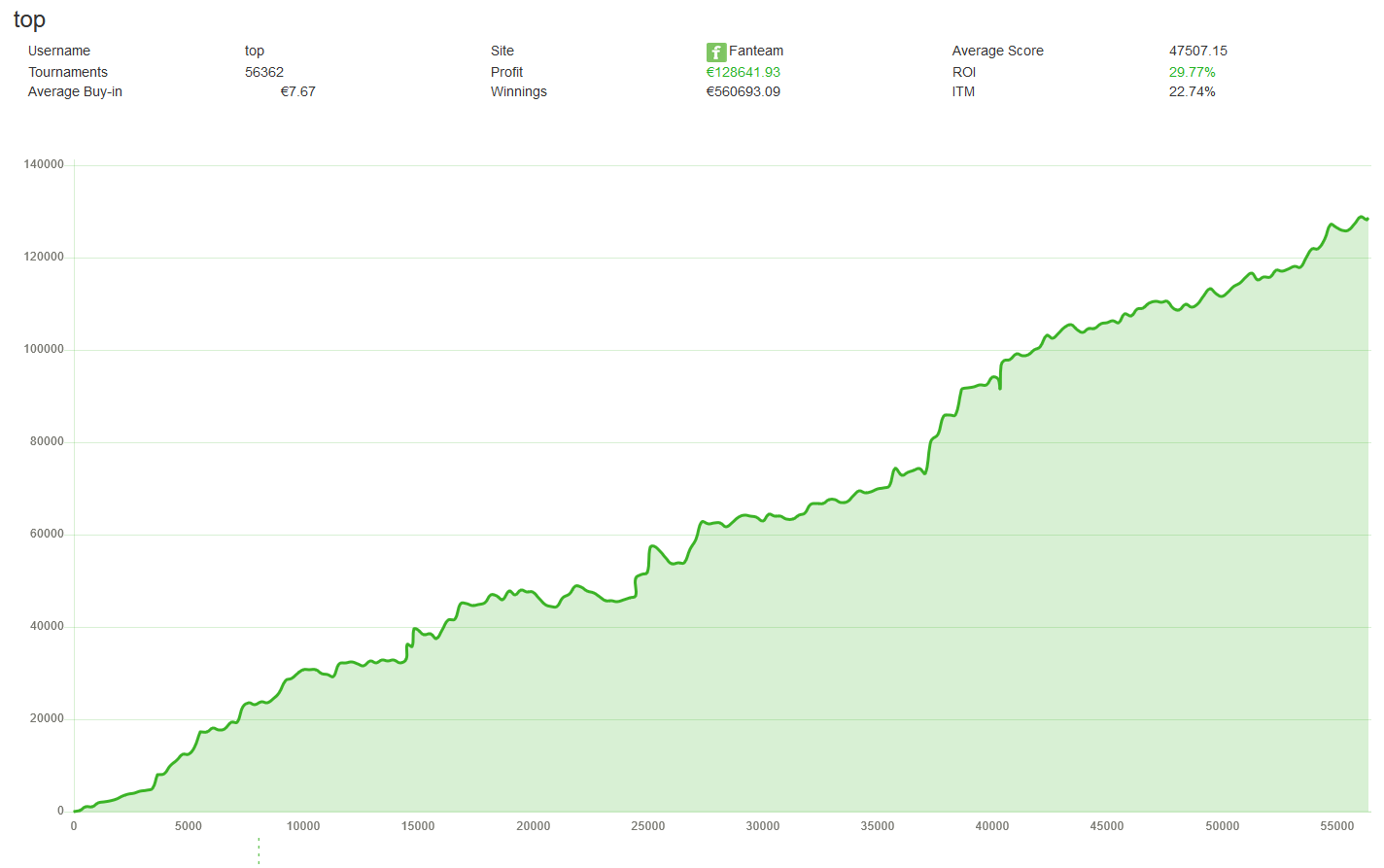 Keen poker fans that have been around the scene for a while will remember pre-Black Friday high-stakes star Aaron “AEJones” Jones. Once he couldn’t grind from the US the same he moved over to daily fantasy sports and has made a fortune over the last decade. This is an exciting, growing industry that is now a serious rival to online poker.

What Is Fantasy Sports?

Fantasy sports came around as a workplace bit of fun. Workers would put money into a kitty and pick a team based around a major sporting event, such as the football World Cup or European Championship. It has now grown into a serious industry.

FanTeam offers competitions for many different sports and events all year round. It’s prize pools are extremely generous offering you the chance to pick up some serious cash for only picking a sports team. Simply pick a team based on the scoring system and sit back and watch.

We’ve put together a few tips for the more inexperienced players to try and ge...

Why Cash Games Are Great During a Major Live Poker Festival

Sometimes, in poker at least, it’s better not to follow the crowd and take a l...