The Biggest Poker Scandals so far This Year

As popularity grows and the stakes get higher, the scandals get increasingly dramatic.

The popularity of poker in the USA has continued to rise, with players and fans alike keen to follow the sport in both physical and online form. Legislation earlier this year will continue to drive the growth of the latter, with the US Supreme Court allowing a handful of states to legalize sports betting. This will have positive consequences for online poker, and more states are likely to follow in their approval. As popularity grows and the stakes get higher, the scandals get increasingly dramatic.

Poker's popularity boom in the USA was started by the aptly-named Chris Moneymaker. Moneymaker stormed to glory at the Main Event of the World Series of Poker in 2003, taking home $2.5 million. Home is also where the story began for Moneymaker, with the unwitting future star qualifying for the WSOP after winning an online tournament.

If Moneymaker could do it, then why couldn't anyone else with an internet connection and a strategic mind? This was the thinking that seized many American minds, with the US online poker population increasing at an unprecedented rate as people sought to emulate Moneymaker.

To cater for the growing appetite for poker, specialist poker websites sprung up in hope of grabbing their share of the market. Many of those sites have survived government attempts to restrict their influence, with PokerStars, 888Poker and Bet-at-Home ranking among the leading providers of poker in the United States. As more states approve online poker legislation, the scramble for market share will become even more fiercely-contested.

While much of the poker news in the USA is positive, scandals are unavoidable. America's Cardroom was at the center of a storm earlier this year. The site was forced to refund players upon admission that cheating and collusion had been happening in the unregulated online poker room. The use of bots to manipulate games is a growing fear in online poker. 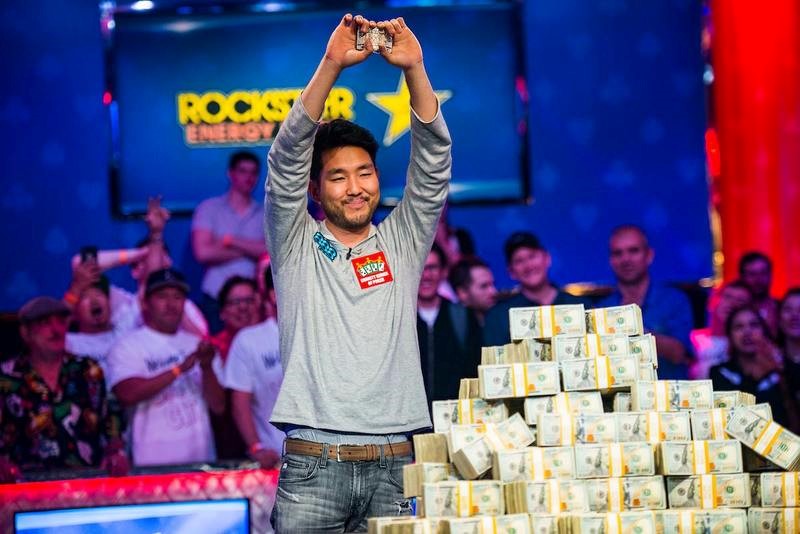 John Cynn claimed the main prize at the WSOP Main Event amid criticism from his opponent. The manner in which Cynn claimed victory angered Tony Miles. who accused Cynn of slow-rolling immediately after the winning hand. Miles later retracted his bitterness via social media, citing the emotion of the occasion as the reason for his outburst.

One man who feels like he has been denied his big win is Gordon Vayo, who won $692,000 at 2017's SCOOP. Vayo has sued PokerStars for non-payment of his prize, with the online poker site claiming that Vayo may have used a VPN to circumvent strict laws regarding the location of players in the tournament.

Vayo's discontent will rumble on into a November hearing. Veygeniy Timoshenko is another poker player who has spent  2018 embroiled in legal proceedings, although he settled with his roommate earlier this year regarding payments owed to the poker circuit regular.

Michael Mizrachi has had a better 2018. Few would have predicted him winning his third Poker Player's Championship, but Mizrachi did exactly that to become the most decorated player in the tournament's short history. Winning a major tournament against some of the world's leading players three times in nine years is scandalous for how good it is, making it one of the biggest surprises of 2018.