Poker Psychology Explained | Use it to Your Advantage

Ever wonder how poker psychology effects the game? From your thought process to solving your opponents mentality, learn more to get an edge on the game.

You are probably familiar with the idea that good poker players understand poker psychology. But what does understanding psychology really involve? And how can we use an understanding of psychology to improve our effectiveness at the tables?
Often this area of poker strategy is overlooked. It's thought of by many to be a “secondary” concept which is of no real importance.The reality is the opposite – this area of the game can often be just as important as the strategy we use at the table.
It makes sense to focus on two main areas.
Both of these can be difficult to learn. In the same way that understanding good poker strategy takes time and continual effort, it can take a while before we become efficient at utilizing these psychological concepts.

Understanding Our Own Poker Psychology

For years athletes and sport stars have undergone mental counselling to ensure that they perform at their highest level when it really matters. It's only in more recent times that poker players have understood the importance of this. It's become a lot more common for coaches, books and training videos to focus exclusively on mindset.

Why is our mindset so important?

Often our own internal psychology can be our number one biggest enemy when it comes to playing a real game of poker. Even knowing a huge amount of poker theory and understanding the game at a very deep level is not enough if we don't have the psychological balance to implement what we have learned in a real game scenario.
The following are some symptoms of psychological imbalance – or more commonly referred to as “a bad mindset”.

Pretty common amongst poker players. This intense emotion we experience has the power to shut down the rational part of our brain. In other words, it's impossible to play good poker when angry or frustrated!

Fear is another type of intense emotion which can destroy our thought processes. This often might be a result of playing “scared money” at the tables, or similar situations such as final tabling a big tournament.

The human brain is notorious for making this type of mistake. Perhaps we think that because we've missed our last 2 flush-draws we are due a hit and are more likely to wager money. This is known as “gamblers fallacy”. There are several other cognitive biases that affect poker players. Another is known as “projection bias”, where we assume that the other players at our table think and act like we do. This can often result in big mistakes where we end up levelling ourselves.

Making sure we are motivated and putting in volume is very important. Boredom may creep in if we are playing long hours and this can result in us playing sub-optimally.
To fix these areas it's very important that we understand our own psychology. While human brains are all similar in many ways, they are also completely different in other ways. This means that it is not always possible for someone to tell us exactly how we can fix our mental game problem.

It is necessary for us to explore our own psyche and understand the root of any of the problems we face. Once again, this can take a while, it's not something we will generally fix overnight. In truth we probably improve at our mental game at around the same rate that we improve at our poker strategy. If we've never considered mindset before we should be able to take a big leap forward very quickly. After this our rate of improvement will slow exponentially as we get more and more proficient.

Firstly, all of the above pointers can apply to our opponents. We ideally would like to recognize and exploit our opponents if we realise they are undergoing some type of mental game issue.
As an example we may find in some cases that when a tight player gets stacked he starts to loosen up. In extreme cases he might start shoving all-in preflop in an online environment. This should usually give us a pretty clear indication regarding our opponent's mental game state and we should be ready to exploit this by perhaps stacking off a little bit lighter ourselves.
As another example we might find that our opponent is overly tight on later streets. Perhaps we can perceive that he is a little bit fearful of committing large amount of chips without a premium. We should be able to use this to our advantage.

If we want to get the best of stronger opponents it's important that we are on the right “level” as consistently as possible. Here is an example.
What does player A think of player B at this stage? There are at least 2 possible lines of thought that player A might be contemplating – and they are essentially direct opposites of each other.
Let's imagine Player A folds after following line of thought 2 and then the very next hand.....
Let's think about Player B this time.  Like Player A there are two possible lines of thought he can be contemplating.
Hopefully we can see that depending on our own psychology, and depending on our estimations regarding the psychology of our opponent, we can potentially arrive at 2 completely opposite decisions. It can be very difficult to know which is the correct line of thought, but let's just say the better players have a knack for getting this right more often than they get it wrong.
A large part of being successful at this is simply understanding how advanced our opponent is.  If our opponent is a huge fish then it is senseless to give him credit for an advanced thought process. “He thinks that I think that he thinks etc”. We should usually just be employing a very basic strategy against him.
Giving opponents credit for advanced thought processes and consequently arriving at the direct opposite conclusion to the one we should have arrived at is commonly referred to as “levelling ourselves”.
For example – a recreational player fires a bet in an excellent bluff spot. Perhaps the reason it's an excellent bluff spot is because the vast majority of players only bet value hands here. We could reason “he must be firing because it's an excellent bluff spot, I would bluff here for sure”. Naturally he shows us the nuts because no-one ever bluffs here and we gave our opponent credit for an advanced thought process even though he is a bad player.

Another trick we can use is trying to analyse our opponents approach to the game as opposed to analysing how he plays in specific situations.
For example imagine we have a player with the following stats. VPIP/PFR 20/2. We know that when he raises preflop that he is very likely to have a premium holding. If we zone in on the stat, then it will help us with preflop situations and not too much else. But what does a PFR of 2 tell us about our opponent's attitude regarding the game? We can often make the assumption that he is passive, and this can help us to make better decisions postflop.
Of course, we might be completely wrong, perhaps he is a total spewtard postflop. But the most likely thing is that if this type of opponent launches a big river bet against us he has the nuts every time. So our goal when analysing our opponents should be to establish what their overall approach to the game is. That way we can make reliable estimates about what they are doing in a situation we have never seen them play in before.

We have basically just scratched the surface of describing why psychology is an important part of poker strategy. Remember that it will take time to get good at all of the areas discussed. It's recommended that we take the time to research this topic a little deeper if we truly want to become masters of poker psychology.

If you enjoyed reading this, take a look at some other top recommended articles by Adam Jones. 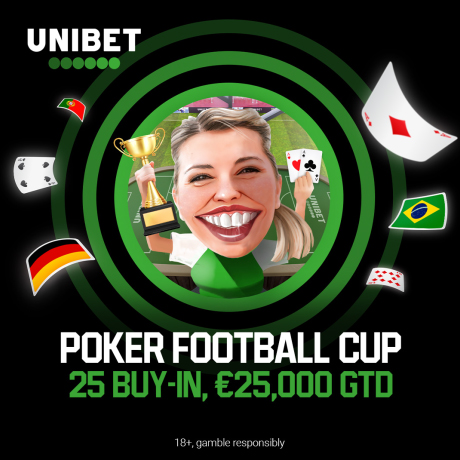