Setting goals in poker can be a great way to hold yourself accountable to improving. If you set monthly, or weekly goals you can easily track your progress.

Setting goals in poker is a vital part of every player's success. It's very hard to pick a right path without the clear vision of the destination. Like Eric Nightingale once said,

People with goals succeed because they know where they're going. Eric Nightingale

Since poker is a game of both luck and skill the process of choosing suitable goals and right ways to achieve them can be much more difficult than in other parts of life where variance isn't such a dominant factor. 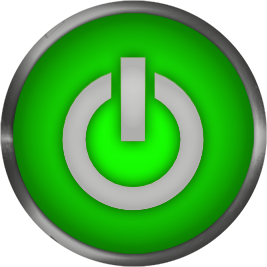 Force of Will the Power of Habit and Danger of Ego

Contrary to what motivational YouTube videos and some self-proclaimed bro-science experts would lead you to believe, the force of will is a finite resource. You can't achieve a big, long-term goal through sheer force of your will and heroic feats of commitment like giving up sleep (or any other vital aspect of life for that matter) will usually do more harm than good in the long run.

"How bad do you want it?" is not the question you should be asking yourself. "What should you want?" and - what's far more important -  "how will you get it?" are usually much more adequate.

This brilliant quote by Frederick Matthias Alexander pretty much sums up the optimal approach to setting and achieving goals. The first step of actually defining your goals is trivial and far  less important when compared to the actions necessary to achieve it. Almost everyone wishes to make their life better in one way or the other. Everyone wants to get in shape, make more money, spend more time with a family, build a good relationship with his/her partner, travel to an exotic location or learn french. Unfortunately, it's just wishful thinking in most cases, even though the actions necessary to achieve some of those wishes are fairly simple!
Getting in the gym or taking an online course can be incorporated in most - even fairly busy schedules. That being said the aforementioned wishes aren't really goals. They are just a way of reducing dissonances or appeasing our ego. The mental image of a better you is far more satisfying to your brain than you'd think. Everyone thinks that they are better than they actually are because it simply feels good. That's why "75% of poker players think they are better than the other 75%".

Now that we've gone through some basic misconceptions regarding goal setting, let's focus on forming goals that are actually worth having when it comes to poker. This is a fairly complex and much-debated topic but the common consensus dictates that your goals should be measurable first and foremost. "I'd like to get in shape" is vague while "I'd like to put on 5kg of muscle mass" dictates a very specific course of action you need to take in order to achieve it.

Similarly "I want to become a winning poker player at my limit" is both unclear and hard to track while "I will analyze one regular at my limit each week" will lead you in the same direction and is much easier to understand. Notice that the last goal swapped "I'd like" and "I want" for "I will" which adds more agency to your goal and slightly increases the probability of actually achieving through a simple act of modifying your wording.It's also a great idea to add a specific time frame to your measurable goal. "I'll become an NL50 player" becomes much better when you add "this year" or "in the next three months" to it.
Monetary goals in poker are fairly controversial. While money is, in fact, easy to quantify, the existence of variance means that we're somewhat limited when it comes to evaluating things like our win rate or hourly. While - contrary to what some purists might say about it - monetary goals aren't bad strictly speaking (assuming that the person forming them has a healthy mindset and knows what standard deviation is) they are simply not necessary. You can substitute "I'll increase my win rate by 1bb/100 this month" with "I'll increase the time that I dedicated to poker education each day by 30min". Again,  a slightly different goal that will put you on the same path!

A dream is just a dream. A goal is a dream with a plan and a deadline. Harvey MacKay

Now that you have your poker goal it's time to do some planning. Some goals like "I will play a 2-hour long poker session every day" are self-explanatory and require mostly discipline, but it doesn't mean that you shouldn't try to cover all the basis. Think about the best time of the day for your session. Establish some sort of ritual that will further reinforce the habit of playing a poker session every day (meditation, hypnosis or something much simpler like a game of chess or listening to a certain song).
When it comes to more complex, long-term goals like "I will achieve Palladium status on Party Poker in the next 3 months" - try to break it down to smaller, more manageable pieces. You need to earn 2000 loyalty points to achieve that status. You can do that by either increasing your volume or increasing the amount of rake you're generating. Increasing volume is fairly straightforward, slowly add more tables and/or play longer sessions. As for paying more rake, you can achieve that by building both your skill and bankroll to get to a higher limit. In the process of planning, you might decide that what your goal really should be is "I'll analyze my database every 30k hands in order to increase my win rate and play on a higher limit" because you feel uncomfortable with the idea of increasing volume to pay more rake. Whatever you do make sure your plan is as detailed as possible and your goal is measurable and obtainable.

What if your database analysis hasn't resulted in the increase of your win rate and you failed to advance to a higher limit? Does that mean you should change your plan? Possibly, but not necessarily. Analyzing your database is one of the best ways you can go about diagnosing and getting rid of leaks. Maybe you need a fresh pair of eyes that could help you with the process? In that case asking a friend for help of hiring a coach can be a great adjustment to your otherwise great plan. Maybe you need to learn more about your tracking software? Watch a video series on the subject. A small adjustment can often go a long way and dramatic changes - while attractive - can often be counter-productive and simply not necessary.