This article will teach you rules of Badugi poker, the game believed to have originated in South Korea in the 1960s. It will also give you some basic strategy tips and tricks to get you going. Like with any other poker game, the rest is totally up to you.

exact origins of the card game “Badugi” are unclear, although the general consensus is that it originated in South Korea in the 1960s. There is some speculation that the game is named after the Korean word for “spotted dog” although this is unlikely to be true since no such word exists in the Korean language. There was a South Korean cartoon which contained a spotted dog by the name of “Paldugi” which could be where some have got the idea that the game was named after a dog.
Overall it seems a somewhat unlikely theory and possibly simply a misconception that has arisen as a result of the various different ways of pronouncing the word “Badugi”. (It sounds a bit like “Paldugi” when you think about it). While most people pronounce the word as bah-doo-gee, there are a variety of different acceptable pronunciations. Many claim that the first sound in the word is actually “pah” while the last sound in the word is “kee”, so some pronounce the game as “pah-doo-kee”.

Badugi is a “triple draw” game which means 3 rounds of drawing take place. The action proceeds as follows-
Players may draw up to 4 cards on each drawing round. They also have the option to “stand pat” which means they wish to stick with their current hand and draw no additional cards. 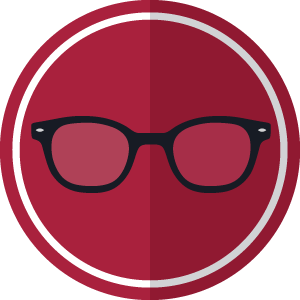 best hands in this game are those which are “badugi” hands. This means that all 4 cards are of a different suit. Any badugi hand will beat another hand which has 2 or more cards of the same suit. Let's start by ranking the 4-card badugi hands.
Since badugi is a lowball game the best possible badugi is A,2,3,4 of different suits. (Ace is low).
The worst possible badugi is K,Q,J,T.
Note that it is the highest card that determines the value of the hand. So a 5,4,3,2 badugi will beat a 6,3,2,A badugi. We can refer to the first as a “five-high-badugi” and the second hand as a “six-high-badugi”. A common mistake is to assume the badugi with the Ace is better since it holds the lowest card. A useful trick to reading low-hands for the first time is to read them as a number. 5,342 is a lower number than 6,321 so 5,4,3,2 is the stronger hand when using a lowball ranking system.
However not all hands make badugis, and we can further categorize hands into 3-card hands, 2-card-hands, and 1-card hands.
The weakest hand in badugi is a “one-card-King” where we hold 4-cards of the same suit and one of these is a King.
So for example, Ad,5d,4c,3s has 3 cards of unique suits, but is not a “badugi” hand since it contains two diamonds. We can refer to this hand as a “three-card-four”. It's a three card hand and the highest card is a four. Also note that if our hand contains a pair, it does not qualify as a badugi even if all the cards are of different suits. So if we have 5,5,4,3 of different suits we again have a three card hand. We can refer to this specific holding as a “three-card-five”.
It's also possible to make 2-card and 1-card hands. A 2-card hand would be made when we have 2 cards of one suit and 2 cards or another suit or 3-cards of 1 suit and 1 card of another suit. We select the two lowest of different suits to make a 2-card hand. 1-card hands are possible also assuming that we are dealt 4-cards of the same suit.

We simply select the lowest of these to make our 1-card hand. 1-card hands are pretty rare after all the draws have taken place and are essentially garbage, but it would not be a complete discussion of hand-rankings if we did not include these. So the weakest hand in badugi is a “one-card-King” where we hold 4-cards of the same suit and one of these is a King.

Being a draw game learning the rules of Badugi is somewhat simple. On sites like Pokerstars it is also possible to play tournaments and take a nice payout while playing against a softer field. Despite Badugi being very simple many players do not follow a decent strategy so there is money to be made.
The downside is that Badugi often has lower traffic than other variants making it a little harder to play professionally, but when played alongside other variants it can be a good way to supplement our poker income.
Since it's very easy to teach the rules of badugi to others it can be a nice choice for a home-game.

reading does not occur in the same sense it occurs in Hold'em because there are no community cards that each player can use to create a hand. However we can learn more about what our opponents are holding from the amount of cards they draw each round.
This is potentially a little more transparent than other draw games because we know that everyone at the table is specifically attempting to make a badugi hand. As such the amount of cards players draw will usually be an indication of how many unique cards they are currently holding. If we see a player repeatedly drawing 1 card it's likely that they already have a 3-card hand and are looking to pick up that fourth suit to make a badugi. If they draw two it's likely that they already have 2-unique suits and are looking to pick up another 2.

This does not always follow since it makes sense that players would be trying to get rid of cards higher than a Jack in an attempt to make a stronger badugi, even if some of those cards were of unique suits. However our main focus in the game is to make a badugi hand regardless of how strong or weak it is. So if we have a 3-card hand and need one more unique suit to create a badugi, we should usually be going immediately for the badugi even if our 3-card hand is K-high meaning we can never make a badugi stronger than K-high.
Breaking Hands – So long as our opponent continues to draw cards then we know that our weak badugi is the best hand. However if our opponent now starts to stand pat and we have a weak badugi such as K-high or Q-high, there is now a pretty strong chance that our opponent's badugi is going to beat ours. So while we may previously have been standing pat with our made badugi it can become necessary to “break” our badugi by getting rid of our high-card and shooting for a stronger badugi. But unless our opponents are standing pat we can generally assume that any badugi is the nuts.
Raise First In – Like most variants of poker the default strategy involves raising-first-in if the action is on us in an unopened pot and we have a decent starting hand. We don't want to raise just any hand and are looking for hands with the highest potential. This will usually be hands that either already have a badugi or are one card away from a badugi. As such we can keep in mind that if we see any of our opponents drawing 3 or 4 cards in the first draw round they are likely recreational players. The exception to this is if our opponents are in a free-play situation (I.e they checked behind in the BB).
Aggression – This is not overly complicated but we want to play our badugi hands as aggressively as possible while our opponents continue to draw. Assuming we have a badugi and our opponents are still drawing it's a pretty clear indication that our badugi is good unless our opponent specifically hits his draw. We should apply maximum pressure in these situations.
Position – Hopefully this is obvious to anyone that has played other variants seriously. Acting last after the draw is an advantage and should allow us to make better decisions. As such we can play weaker hands if we are likely to have a positional advantage post-draw. Our pre-draw decisions should reflect this and our raise-first-in range from UTG should consist of stronger hands than our BTN raise-first-in range.

We can sometimes raise very weak holdings from the BTN and SB if we know our opponents are folding too much pre-draw. As in most draw games however (especially fixed-limit) many players are not folding that much pre-draw and drawing as many cards as they think they need in order to make a badugi.