In the final part of our ICM series, we look at a situation where ICM suicide has cost thousands of dollars. 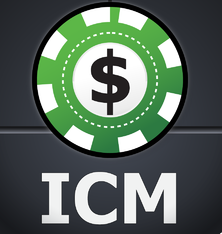 Imagine you're a six year old girl that's chalked a hopscotch grid on the pavement outside her home. Unless you're lucky enough to live in one of those amazing cliff monasteries, playing hopscotch here should be relatively safe. If you do make a mistake and land outside of the lines slightly, it's no biggy, ok, so you might lose the game, but you'll probably get over it relatively quickly.

Now suppose you draw the same grid on the edge of a sky scraper's roof, or on the narrow path above the lava at Mount Doom, suddenly a misstep becomes way more serious. The same is true of poker tournaments, and even though a small ICM mistake might seem inconsequential in a $6 SNG, it would be amplified greatly if you were to make it at the final table of the Sunday Million or the WSOP Main Event.

So far in this series we've been looking at relatively mundane scenarios, and I thought that, as well as putting the importance of ICM into perspective, it would be a bit more exciting to ball it up a bit and look at a situation where ICM suicide has cost thousands of dollars. The hand in question comes from the final stages of The Big 11, on Pokerstars. There are four players left, and although I don’t have the exact numbers, I've worked them out as looking something like this:

At first glance this might seem like a cooler, especially given the board texture, but there’s a really bizarre dynamic here that makes the hand super unique. Just as the cards were being dealt the players had agreed to an ICM chop, and there was a message on screen advising them that the tournament would be paused at the end of the hand to facilitate this. If everyone simply folds here, an ICM chop would look like this:

It differs ever so slightly from the first table as the big blind would win the small blind and antes. Aware of the importance of not going broke here, our hero makes what would usually be a questionable fold, folding a pocket pair 4 handed, knowing that if he folds here he can lock up just under $9,000 (minus the 10% I had!).

Interestingly, Chimpanzee tries to win a little extra money and takes a shot at stealing the blinds and antes. If he manages to get it through, the chips he adds to his stack would be worth around an extra $98. Now, $98 might seem like a decent amount of money, but remember, each chip lost is more valuable than a chip gained, and if he is forced to fold, he loses the TEQ his raising chips gave him.

The exact amount he loses differs depending on who he folds to, but let's say the Small Blind is some sicko, and realising how much pressure he could put on Chimpanzee, decided to make some brutal overbet shove. Chimpanzee would have to fold his AQ as he'd need almost 70% [term=equity]equity[/equity] to call, and he'd lose $144.15 worth of chips.

As well as risking up to $144.15 to win $98, Chimpanzee's raise infinitely increases the chances of him busting in a cooler with the chip leader - you can't get stacked if you're not in the hand! Busting would be more of a disaster for Chimpanzee than any other player remaining because he is in a comfortable 2nd place, and stands to lose the most money if he gets stacked ($5132.08 to be precise).

This massively outweighs what he stands to gain if he doubles up through the chip leader, which would only secure him an extra $2362.21 In this kind of situation, good opponents can put insane pressure on you both pre and post flop, knowing that you need to be nutted to stack off. By raising preflop, Chimpanzee is opening himself up to exploitation by giving good players the opportunity to capitalise on the gulf in his risk to reward ratio (try saying that three times out loud!).

With almost $11,000 locked up with an ICM deal, I think Chimpanzee should just open fold AQ as the pros of getting involved here are dwarfed by the cons. Not only does raising allow him to be exploited by the other players, he has the potential of losing more than twice what he stands to gain by attempting to double up. When the deal is agreed, the worst thing Chimpanzee can do is go broke and as we can see from the hand history, this is precisely what happened. 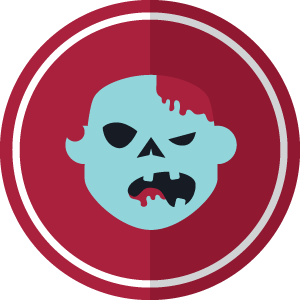 In poker we can often put ourselves in bad situations, playing out of position too much is one that immediately springs to mind; having the foresight to be able to prevent these spots not only makes the game a lot simpler, but makes you more profitable as a poker player. Ultimately, Chimpanzee committed ICM suicide by putting himself in a situation where he risked a lot to gain a little. Just as if he was playing hopscotch on a cliff, his mistake was amplified by the extremity of the situation and he effectively lost over $5,000 in a single hand. That’s a hell'a bananas!