Have you ever flipped through your television channels and seen a movie where five or six friends were crowded around a table, playing poker, and you thought to yourself, “Man, I bet I would be really good at poker”? Or have you ever stopped on ESPN during the final round of a poker tournament and thought, “If only that was me, I would make the right call, win that hand, and go down as a champion in poker history”? Well, now you have your chance.

PokerStars has just released a new app that is bound to take the poker community by storm. It is marketed on their website as an app in which:

“For the first time you can take part in the decision-making process as it takes place on the screen. No more yelling at the screen insisting that a player you've never seen before in your life should call that obvious bluff. Now you can make that decision for yourself, and earn prizes for it too, regardless of what transpires on screen."

Boy, they weren’t kidding. This app is awesome!

Plays Well With Others

When first setting up the application, PokerStars’ Play Along allows you to link the game with your Facebook account. This will not only allow you to brag to your entire Facebook family of your successes and victories, but will allow you to see your other friends that are also using the app. 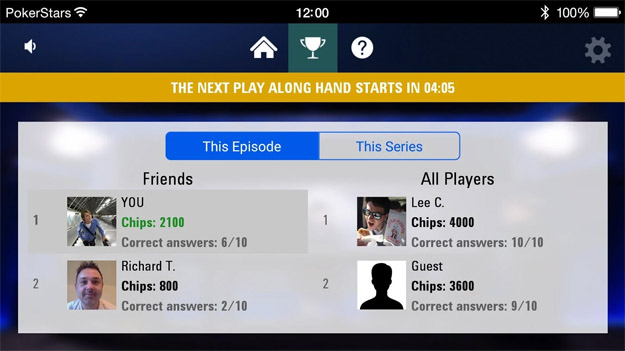 Uses Only the Most Advanced Technology

If you think about it, up until now, the only real way that people could participate with television programing was through polls and voting--obviously people jump up and down and yell at referees on TV every day, but that has yet to provide any form of change in outcome. From consumer polls on CNN to voting for the next winner of American Idol, the only way in which a person could actively engage with their television was through a voting process of some sort, generally through text message.

However, with technology like that in the music-listening app Shazam, one can now use their Play Along app to seamlessly sync poker games on TV using audio prompts. Using your smartphone or tablet’s microphone, PokerStars’ TV Poker Play Along records the sound coming from the poker game and the app immediately processes it, updating your device with the current hands on the screen.

How Does PokerStars’ Play Along Work?

Whether you watch your poker on ESPN, Channel4, PokerStars.tv or YouTube, PokerStars’ Play Along app has the ability to interact across multiple platforms on all your iOS and Android devices. With just a few simple steps, you will be dominating the poker world before you know it.

First, load the Play Along app on your device and turn on the video you want to play along with. As it is loading, pay close attention to the top right hand corner of the screen. The phrase “Play Along” will appear when the next poker hand is about to start; once the cards are dealt, you will have fifteen seconds to choose whether you will fold, call, or raise. 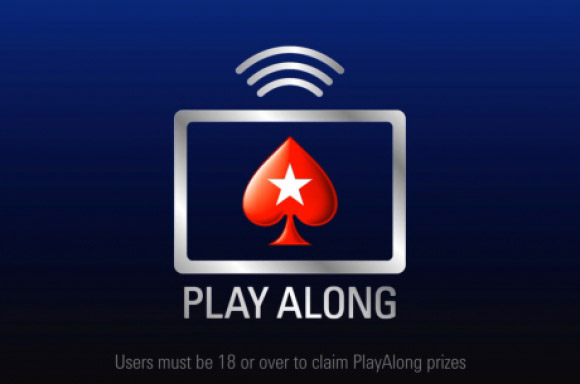 Before the timer counts down to zero, choose your option and wait to see what the real player does. If you get the correct answer, your chip pile grows; get it wrong, you will find yourself at the bottom of the poker standings (to be shamed by all!).

As you grow your pile, the app shows you--and the poker community--that you are continually making the right call, time and time again. Moreover, if you have signed into the app with your Facebook account, the app will rub your continued success in the faces of all your closest friends and adversaries.
If you get the correct answer, your chip pile grows; get it wrong, you will find yourself at the bottom of the poker standings (to be shamed by all!).

As you use Play Along to play with the most successful poker players in the world, the game will allow you to sharpen your skills and improve your split-second decision making abilities. By using the app, a player can quickly learn from his mistakes, as he or she is financially detached and able to think clearly.

This app will provide you the solitude to work on overcoming tilt, allow you to practice running odds in your head in timed scenarios, and give you the first person accessibility to learn by doing. Watching how the professionals play is one the best way to become a poker legend. 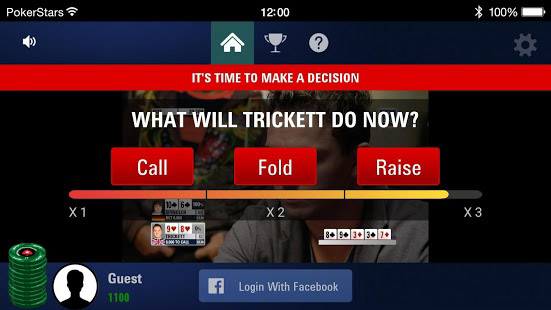 At PokerVIP, we don’t expect you to take just our word for it. Here are some of the rave reviews for the new PokerStar Play Along app.

Receiving a rating of 4.5 out of 5 on the Android Google Play market, the app is wildly successful. “PokerStars Play Along [is] just the thing a poker star needs to be able to interact with the action being broadcasted in real time!! #AmbitiousDreams”

Lee Davy, of PokerUpdate.com, said that the “concept behind the new app is genius.”

The Poker Guru, an obvious fan of the new app wrote:

“Watching and examining the hands played by good players is one of the best ways to improve, and the Play Along app will give users the opportunity to do so while watching an exciting game. PokerStars aims to turn a usually passive activity (watching TV/live stream) into a fun activity...”