Limitations of a HUD & Configuring your HUD

While a HUD is a very useful tool, there are some pitfalls that come in the form of certain limitations. 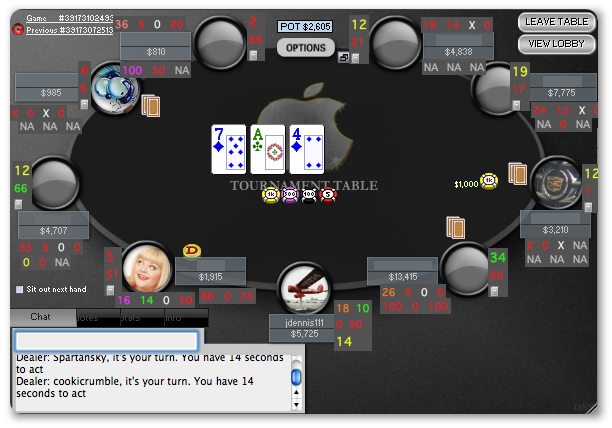 While a HUD is a very useful tool, there are some pitfalls that come in the form of certain limitations.

Here are a few:

makes a huge 3bet against hero. Hero checks villain’s 3bet stat and notices it is a whopping 15%! What hero doesn’t realise from not observing the table action is that up until now, villain has been min-3betting. When villain makes a 3bet this size it’s likely that hero is crushed. Misled by data from his HUD, hero assumes villain is light and decides to play back in a poor situation.

While tracking software may represent a certain range as a percentage, this is not a complete way of measuring a range. The only real way of accurately portraying a range is to describe every hand (or type of hand) that the range includes.

This is information you can only get by observing villain, and not purely from a HUD stat. It is important to understand that a HUD does not replace reads. It merely enforces them, and helps formulate them in certain cases.

Don't make the mistake of using a single stat incorrectly in an isolated scenario!

It’s all very well knowing various tidbits of information such as “A cbet above 80% is high”, or “An Afq of 10% is low”, but these percentages actually have zero meaning in insolation.

Imagine a player who only plays pocket Aces. Would you be suprised if that player had a cbet frequency of 100%? You’d be foolish if after collecting a reasonable sample, you saw he was cbetting 100% and decided he was cbetting light a huge amount of the time.

How how about a player who has an Afq of 40% which is typically somewhat low. However he is playing 100% of starting hands. You’d be foolish if you were to assume that he is not an aggressive player and then give him credit for having strong hands when he bets. To maintain even this amount of aggression with such a wide range, indicates the player is possibly quite aggressive indeed.

Don’t make the mistake of using a single stat in isolation. Stats are only useful when they are placed in their relevant context. If used incorrectly and inefficiently, they are capable of doing more harm than good in certain situations!

Ideally you want to configure your HUD in a way that works for you. The stats outlined in this article are a good starting guide, but some players prefer to use less/more stats. The specific stats you use will also vary depending on the variant of poker you are playing. HU players typically use a very different HUD setup to FR players. PLO players use a very different HUD to NLHE players etc.

Here is a copy of the HUD I use for 6max NLHE:

Notice that I have assigned various colours to the different stats for easy reference. Many of the stats also change colour depending on their value. VPIP/PFR turn green if someone is loose, but turn red if someone is very tight. I have also made the main stats VPIP/PFR in a slightly larger font.

Feel free to copy this HUD, but for best results you need to lay out your HUD in a way that makes sense for you. You can also do some detailed work configuring the exact popups that appear when you hover your cursor over specific stats. I don’t have a 4bet/Ft4bet stat on my HUD, but I know that if I want to check this I can do so by bringing up the popup over the 3betstat.

It may take some time to configure your HUD perfectly and use the stats efficiently. However, In the long run it will likely be extremely profitable for your game!

Online gambling in the US has been on a bumpy road for the last 15 years, to say...

Do Gamblers Need a Deposit Bonus?

Anyone looking to gamble online has a long job ahead of them to sort through all...