Five card draw is still very soft variation in which you should be able to show a decent profit by knowing just some basic strategies and objectives. Even these simple tips should give you a decent edge over majority of your opposition

5-card draw is still very soft and it should be possible to show a profit with the following pointers. If you are not sure how 5-card draw works check out the 5-card-draw rules article here on pokervip.com

Similar to NLHE if we want to play a hand we should be coming in for a raise most of the time. The other players at our table will likely be limping a lot, especially if it's a lower limit game of 5-card-draw. Avoid the temptation to follow suit.
To every rule there are exceptions. It can be OK to limp behind or complete in the SB if there are 2 or more limpers already in the pot. It can also be OK to complete the SB vs the BB in a heads up scenario where the action is unopened and we are on the SB. Finally it's perfectly OK to check back hands in the big-blind depending on the strength.

The exception is that there are already 2 limpers in the pot, in which case it's fine to limp behind some straight-draws and flush-draws, but gut-shots should typically be folded. We don't want to make hard and fast rules here but there are some exceptions vs passive opponents where we can get away with cold-calling these hands for one of the two following reasons in a no-limit-game

Our raise-first-in ranges are dependent on our position, similar to no-limit holdem. As mentioned we want to be playing pairs which are likely to make the best trips.

our opponents are going to be limping a ton we have a great opportunity to iso-raise preflop. Likely any JJxxx+ is strong enough for an iso-raise. In most cases our opponent is going to play face up on the final street, especially when he is out of position.

Pairs lower than JJxxx are referred to as “shorts” and are generally considered trouble hands in 5-card draw, so play with caution. These should often be folded preflop, but again it is somewhat villain dependent. We might be able to play some smaller pairs as limp-behinds and take the opportunity to turn them into a bluff on the river vs face up opponents.

Our draw decision is really based around the following. We'd rather make an above average strength hand frequently than a super-strong hand rarely.
Understanding these basic principles will allow us to hand read against our opponent based on how many cards they draw.

Like in all poker formats the number-one tool for hand reading is our opponents' tendencies. But we can make pretty reasonable assumptions about unknowns based on the amount of cards they draw.
5 cards – Naturally this indicates that the player has garbage. Assuming he is in a free-play situation (I.e checks back BB) this can be normal. Assuming he has open-raised or cold-called preflop then it indicates he is a very weak player. There is no chance he has the odds to draw 5 fresh cards given his preflop investment, and he should have been folding preflop. You can mark this type of player with a coloured tag and assume that playing against him will be extremely profitable.
4 cards – Essentially the same as above. There is no situation we should be drawing 4-cards except in a free-play situation.
3 cards – In most cases this will indicate that the player has a pair and is trying to pick up three-of-a-kind. A very bad player might be drawing to a flush or straight with only 2 cards. It's always worth taking a note of this kind of thing if you discover at showdown that the player drew 3 cards and does not even have a pair when he shows down.
2 cards – Most frequently this will indicate that the player has trips so ultimately this is quite a strong looking draw. Again it's seemingly common for recreational players to have 3-to-a-flush or 3-to-a-straight and make a draw against the odds. So mark these guys as fish if you discover this kind of thing at showdown.
1 cards – Ironically this is slightly weaker than a 2-card draw in many cases. This indicates that the average player has either 2-pair or a 1-card straight-draw, flush-draw, or gutshot. Good players will end up having 2-pair more often. It's also possible that players have a hand such as 9-9-9-A-3 and decide to hang on to the Ace kicker even though it's statistically better to draw 2. This is not necessarily always a bad play however and has a deception element to it which can be decent at higher limits. (More on this under advanced tactics)
0 cards, Stand Pat – Be careful, this player is representing a 5-card hand. The minimum he is representing is A-5 straight.

In most cases we should be value-betting Jacks-up (2pair and better) vs one opponent. Assuming it's a limped pot we can likely value bet any 2-pair hand. Against multiple opponents we should at least have Kings-up to consider value-betting.
There are exceptions. If our opponent drew one he will very frequently have a busted straight or flush on the river, so there is not generally any need to value-bet. It's better to let our opponent bluff. If on the off-chance he did draw 1 with trips then we lose anyway with 2 pair.

we don't want our draw to give away the strength of our holding against good players. So we should be mixing up the amount of cards we draw in some situations even if it is not statistically optimal.
Drawing One with Trips – We should occasionally draw one with trips. It's true we don't give ourself the best chance of improving this way but it can help our range. We will have trips in a spot where we are perceived to either have a 2-pair hand or a busted draw.

Our opponent will often call with 2-pair in this situation hoping to either beat our 2-pair or bluff-catch against our busted draws. In other words, drawing 1 allows us to represent a weaker range with a strong hand. Note that this only makes sense against semi-decent opponents. The average fish may not even care how many cards we draw, in which case we should always draw 2 with trips and give ourselves the maximum chance of improving.
Standing Pat with Air – It would naturally be an unbalanced poker strategy if we only stand pat when we have a strong 5-card holding. Since most guys won't use this line as a bluff it can actually be a really great way to print money until our opponents catch on. Imagine we get dealt a really terrible hand in SB vs BB for example. We can open-raise in an attempt to steal. If we get called, rather than drawing 5, we can stand pat and fire every time on the next street.

Our opponent will usually fold unless he improve to trips or better. And even if he has trips it won't theoretically be a correct call unless he expects us to be bluffing like this since we are representing a 5-card hand which beats his trips. Obviously we have to be careful not to over-use this line. If we stand-pat every hand it's going to become obvious pretty quickly that we don't have anything.
Drawing Two with a Pair – As mentioned we can rep a little more strength with this line than drawing 3 with a pair. Again it's not statistically optimal, but might help us to turn our hand into a bluff on the final street to fold out better pairs.

The best example of this is a situation where we are in position on the final street and both opponents check to us after drawing 1. The vast majority of the time they are going to have a busted draw for a few reasons.
What this essentially means is that in some cases we can actually expand our defending ranges in position if our opponent has a tendency to play very face up. The common 5-card-draw advice of “don't play straight or flush draws” (sometimes known as “come” hands), is somewhat equivalent to the NLHE advice “don't play SC's OOP”. But NLHE players understand that SC's can be played profitably OOP, it all depends on what occurs postflop.
So if our opponent has a tendency to go for hugely unlikely draws then we can defend much wider in position even with some weak hands ourselves. We might not get the pot-odds to defend the hand, but if our opponent simply check folds final-street every time he misses, our preflop odds don't matter.
So essentially the advice “don't play come hands” is very situational and somewhat outdated. FL 5-card draw was possibly a more common variant when this advice originated. In FL we have way less fold-equity on final-street and way less implied-odds vs bad opponents when we hit.

The above pointers should be enough to achieve a positive winrate in at least the lower stakes 5-card draw games. There are very few professional 5-card draw players. Most professionals are playing NLHE or PLO. As a result we don't need a super robust strategy to beat the 5-card draw games.
However like any poker variant we should always keep in mind that the number one factor that has a bearing on our decision is how our opponents play and their tendencies.
Happy crushing! 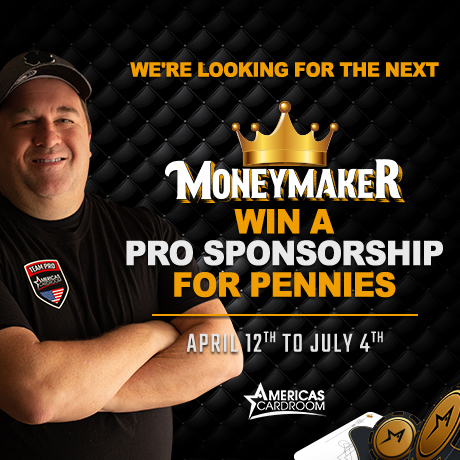