How to Play Back at Regs - Moves That You Can Pull

Learn how to play back against the regs. Check out our tips and moves that can help you play against players for specific types of games.

Have you ever thought, what was the Perfect Play here? Should I have check/raised? Or should I have just bet right out? Do I really need to invest that many chips to make my opponent fold?

If you think a little bit about this, they seem like questions that can’t really answer be answered independently, without reads, stats and notes on the Villain(s). But there are some general spots in which there is really good fold equity and players that don’t know these spots don’t recognize this fold equity right off the bat. Let’s get into some of these general spots and make you a better player! 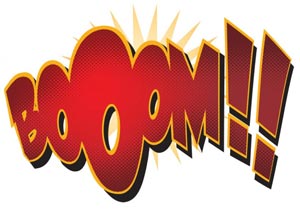 This move I like to call the rag-raise, and can be done vs opponents who don’t really think that much about what you’re representing, or even versus good regs because they will, usually muck their hand in this situation.

You are the PFR and are out of position, raise with QJs and the board comes 732r or 942r. While you’re not getting many folds here with a C-bet, you’re getting floated a lot because this isn’t 2009 anymore. A check/raise will scoop the pot a lot because your opponent is set on betting his two overcards most of the time, and in these spots you can even get hands like AJ to fold.

If the guy had something really good like an overpairhe’d be 3-betting that preflop and you’d be having a lot easier time folding here. But when he just flats, check/raising on these boards makes perfect sense if he’s not on a higher thinking level than yours, because you’ll get an insane amount of folds here! Got it? Good. On to the next one!

This is one of my favorite moves that I do at NL50, and I can tell you, it’s bitten me in the ass several times when I do it, but most of the times I’m successful with it and it makes a hefty profit in the long run!

Let’s say you raise and get flatted OOP, or even IP because it doesn’t really matter with what I’m about to show you. The board comes 456ss and you bet out half pot with your overs and backdoors and get called. What does this actually say about your opponent? (we’re only talking about regs here)

Well first of all, having this so-drawy flop, he’s for sure raising for protection when he has a set or two pair or even sometimes a flush draw, so it means that he’s not on the top of his range when he just flats here, so what you’re going to do on the TURN is going to be amazing, it’s like in boxing when you fake a left hook and then punch with full force with your right. This is why this move is called the Mike Tyson.

The moment you get called on this flop, POW! BASH the turn with all your might with a pot-sized bet or even a smallish overbet. You’ll get an insane amount of folds here because it just looks like you have a strong hand and you’re trying to protect it, or get value from draws that may still call you, or the turn has improved your hand vastly. All in all, it looks like a lot of things have happened and the villain will be confused, and just muck the hand.
For all of you who are thinking that the villain might think that we’re repping thinly by check/raising this board, go play higher! It’s not really the case at these stakes vs most regs.

This is a move that I found out while examining my folded flops. I would fold an insane amount of flops where I didn’t really have anything, on Axx flops. The percentage of air that gets folded there to regular sized donk-bets from recreational players is almost 100%. 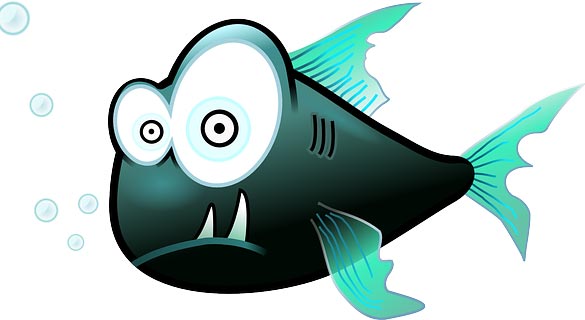 We can’t really raise here, because we know that these players, most of the time don’t like to find the fold button, but we can’t really call because all we have is QJ on A46r. It’s a really tough spot to be in and you can’t really do that much. Raising can be fatal because we all know recreational players never fold pairs of aces, even with weak kickers, and there’s nothing you can do here. If you don’t hit running cards, you’re going to have a bad time with the QJ, so the best option is to fold it actually.

This is a move you can emulate against regs, the first few times they might fold or they might try raising you, to test this out, do it when you DO have the pair of aces, to not lose any money for info. Try it against a lot of players and see how it fares for you. Donking on Axx boards from BB vs D/CO open has been very fruitful and nice to me.

How to create more

These moves came to me in the spur of the moment while I was doing my monthly review for hands, and you can do it too! Maybe you can invent a lot better moves that no one has heard up until now and you’ll use them at the tables to your advantage, give it a try, experiment!

Check to see what flops you get max % folds when you raise. Check out what boards you check/raise with the most success, and it’s just limited by your imagination, basically. Don’t let your dreams be dreams! And when you find some sick moves, remember them and incorporate them into your game, because you’ll be a better player and a lot harder to read!

I’ll try to check out some more moves and present them to you in my following articles, so stay tuned! I would love to hear your thoughts in the comments below and let me know if you have any moves that you use successfully!

If you employ any of these moves against a optimal opponent like myself you will end up getting crushed.

Looking forward to trying the rag raise. It's a lot better than throwing out a cbet in those spots and hoping to take it down.

Great points - especially getting everyone to think for themselves at the end - good stuff!!

Great article Tudor, thank you! Will be trying out some of these moves for sure! :)

I really like it. Thanks for posting. I feel like a lot of the Thinking Regs know about the "Mike Tyson". It's a great move and it works tons, but it's going to be recognized by the "Fish" pretty soon... Or maybe fish stay fish forever and never learn. A man can dream!

UKGC or UK Gambling Commission was one of the firs...

Why is 3-card poker so loved in a country where g...

The much-loved multi-city trek around Europe is to...