It's better to be safe than sorry and so in this article, we're going to talk about the most popular forms of cheating.

"The times they are a changin"!

Today, professional poker players can go months or even years without ever physically shuffling a deck of cards. No matter if you're an online grinder or even a local casino shark, the playing cards - virtual or otherwise - are handled for you. There's, of course, a good reason for that. By making sure that the professional table dealer is the only person allowed to manipulate the deck, poker rooms and casinos ensure that the games are clean and above board.

This wasn't always the case. Back in the day, there were no professional dealers and as a consequence, the most successful players were often the ones who knew how to 'influence' the luck of the draw. We'd think those days are far behind us, but that's not necessarily the case. There are still no dealers in many private games. While it's hard to imagine that you'll become a victim of cheating in your weekly penny stakes cash game, some private games can actually be very profitable and where there's some major coin to be made, you'll find people who are willing to work outside the rules to get the rewards.

It's better to be safe than sorry and so in this article, we're going to talk about the most popular forms of cheating. Even if you never have to use that knowledge in the context of a private game, card cheating is still a fascinating part of poker history.

One would think that the process of learning those old card shark tricks, starts with dusting off some ancient tomes full of almost arcane knowledge about the slight of hand techniques. The reality proves to be somewhat anticlimactic in that regard. Turns out that - like with almost everything else - you can learn that stuff from some kid on YouTube. Many old card cheating techniques are still widely used by illusionists.

As far as cheating is concerned the most popular form of it is to give the other players the impression that we're randomizing the order of the deck while in reality, we keep the position of some or even all of the cards the same throughout the process of shuffling. Every type of shuffle can be faked, including the professional table riffle shuffle most casino dealers use. The simplest way of counteracting that is by always making sure that the person behind the dealer cuts the deck after the shuffle is complete (which is a house rule most private games uphold).

Other than that, exercise the table awareness (which is a great skill to have anyway as a poker player) and pay attention to the players shuffling cards.

False dealing is a bit more exotic and sophisticated form of cheating. It can also be even more devastating the false shuffling since the move can be far less obvious even to a trained eye (provided sufficient level of skill) and it usually doesn't require a complicated set up (a cheater doesn't have to control the whole deck, he just has to know one or two top/bottom cards).

The most popular forms of false dealing are the second deal, bottom deal, and middle deal and if you think any of them is impossible you might want to type them in your YouTube search box (if you've never heard about false dealing before, prepare yourself to be astonished). In practice, only the second deal is realistically possible to pull off in any private game that exercises some basic house rules.

The bottom deal is all but impossible because of the small piece of plastic players cut the deck onto (which also prevents players in the game from peeking the bottom card), and the middle deal requires the most amount of skill and set-up.

The second deal, however, is still in play and if you're quick to dismiss the possibility of it think about why we burn the top card after each and every street in poker.

Another popular form of cheating. Many card sharks prefer it because it doesn't require them to be skilled in card manipulation. There are many, different ways to mark a deck of cards. Sometimes, it doesn't even require any preparation. The process can be as simple as bending a corner on the ace every time it's dealt to a cheater.

Other, more sophisticated ways include marking the cards with the use of paint (including types you can only spot using special glasses), a paste that you read by touch or by cutting the cards so that it's possible to distinguish them by looking only at the back.

Again, table awareness is key and if you're playing in a private game that lasts a few hours you might as well examining the back of the cards you're dealt with your hands and eyes.

Let's end this article with a great story by Ricky Jay, a famous actor, illusionist, and poker enthusiast. In one of the private crooked private poker games, a hustler always began the night by opening a sharp razor blade and stating that: "There will be no cheating in this game!" implying dire consequences to all the other players.  Little did they know, said hustler used the reflective edge of the blade to read the cards as he was dealing them.

It's hard to say if the story is true, but the cheating method described in it is definitely real.

The shiner (that's the name of the device used by cheaters to read cards as they are dealing them) can be anything that's easy to disguise at a poker table like a lighter, card protector or a ring with the bottom half polished to the point that it can reflect card indexes. Now you have another reason to look down at poker players wearing rings besides their implied douchebaggery. 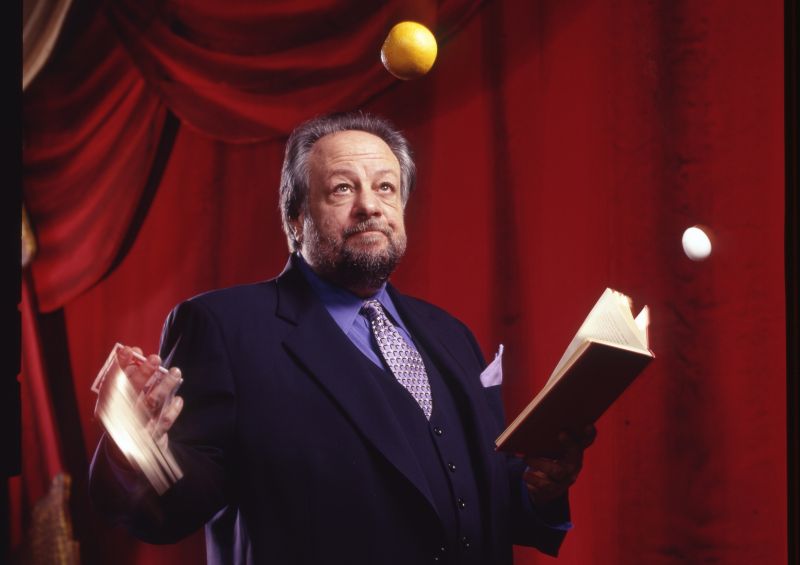 While sporting an accomplished cheater can be extremely hard, and while in the world dominated by regulated online and live games you might not ever have to, table awareness should be an important part of your game anyway and now you know where to direct it in case you ever need to defend yourself from old school card sharks.