If you want to learn the LAG poker strategy, look no further. Known as loose aggressive, this style is adaptable to exploit and beat your opponents.

What is LAG poker?

Perhaps LAG is one of those words we have seen floating around the poker forums. But what does it really mean?
LAG in poker stands for “loose aggressive” and describes a poker playing style.
The average LAG will have a VPIP of above 20% and a PFR of above 25%. When The VPIP starts getting above 30% and the PFR above 35% then it might be more common to refer to such a player as a “maniac”.

Is LAG a decent poker style? 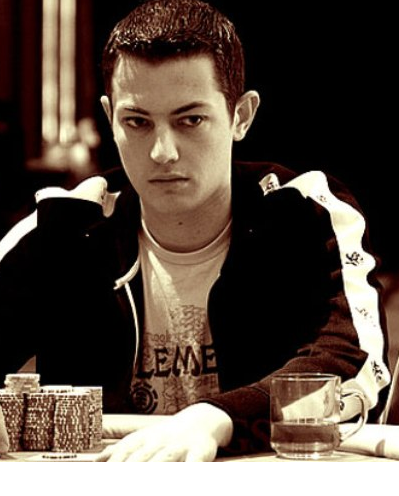 The answer to this question really depends. LAG poker can potentially be the best style, but not always.
It’s not a big secret, but the majority of winning online players are TAGs (tight-aggressive). TAGs play a much tighter more conservative game. It is easier to master and overall entails a lower amount of variance.
However LAG style has the potential to make much more money in certain situations. The downside is that LAG requires more skill and is a higher variance strategy.

Many professional poker players have adopted this style, like Tom Dwan for instance - Well known in the poker world for his LAG approach.

It’s not necessarily true that all LAGs play the same type of game. There are typically good LAGs and bad LAGs.
Depending on which of the two we face, we frequently need to make adjustments to our strategy.

The idea of adjusting to our opponents should tell us something. The best style for us to have in any given situation is a style that is selected in response to our opponents’ tendencies.
So it’s usually not correct for us to identify with and stick to any one given style. If a player says something along the lines of “I’m a LAG” or “I’m a TAG”, then ironically he is likely not thinking about the game on the best possible level. We want to be poker chameleons, ever ready to adapt to our surroundings.If a player insisted on always playing a LAG style, he would do very well against certain opponents but then run into difficulty against other types of player.
A good LAG plays loose-aggressive poker because his opponents have a tendency to play too tight and too face-up in certain spots. For example, the average TAG will have a tendency to always play aggressively with his premium holdings and never slowplay. So when he starts taking passive actions such as checking, it’s possible for a good LAG to deduce he is weak and start playing aggressively.

When LAG is Not Good

Let’s think of two examples where a good LAG would have to adjust to a different style as a result of his opponents tendencies.
The first scenario is when facing a calling station.
LAGs can easily lose money in this scenario since they will bluff overly aggressively only to watch in dismay as their calling station opponent hero-calls them down with an underpair to the board. So what should a good LAG do in this example? He should tighten up his ranges and value-bet relentlessly. He still might be going reasonably wide for value as a result of villain’s tendencies, but the idea is that he might look a little closer to a loose TAG as opposed to a LAG.
The second scenario is playing an aggressive but bad LAG, who cannot fold to aggression.
The typical LAG strategy of bluffing in good spots is not going to help that much here either, because villain is not folding. We could naturally follow a similar strategy to before and use a tight-aggressive approach: this would work reasonably well.
However it’s worth noting that there is now an additional component to this player’s strategy which we can also exploit. He is overly aggressive and will attack perceived weakness with aggression. The way we can exploit this is by slowplaying: appearing weak when we are actually strong. So against this particular opponent a tight-passive approach may work extremely well.
It’s interesting that passive play for the most part, is discouraged. However as an exploitative response to our opponents’ aggression, passivity can be an extremely potent weapon in our arsenal.

If we could name a fundamental difference in terms of the mindset of a TAG compared to the mindset of a LAG, perhaps it would be the following.
This is just a rough approximation however, and we don’t want to do discredit to the TAG style in any way. There are many strong and competent TAG players who think deeply about their opponents’ ranges and are capable of making exploitative adjustments. But if we approximate the average difference we might say that TAG style is a little bit more about making hands while LAG style is a little bit more about bluffing.One of the most important skills a good LAG is the ability to spot when his opponent is not overly strong and may be willing to give up on the pot without too much of a fight.
To give a couple of examples -
1) Any time a player skips his cbet
The truth is that the majority of players do not give enough thought regarding protecting their checking ranges. What this essentially means is that as soon as a player decides to skip his cbet on any street, in-position or out-of-position, he likely has a range that contains many more weak hands than premiums.
LAG players are always looking for spots like this to exploit weak and capped ranges.
2) Any time a player checks twice
A good LAG knows that it is extremely rare for a player to check twice with a strong holding. This means that a good LAG will be bluffing a lot with delayed cbets, and also river bluffs when villain has checked across two consecutive streets.

Should I Try LAG Style?

This is probably a function of our level of experience. It’s recommended that new players follow a tight-aggressive approach. The game is easier to play when we start out with a tighter range. We will have a stronger hand postflop more frequently.
Some poker schools will disagree though and say that it is better to jump right in at the deep end. Sure, LAG poker is tougher and involves more variance, but we will learn the game and hand reading a hell of a lot faster too.
So ultimately, we have to make a choice regarding what type of poker style we would like to pursue. But it’s also important not to identify too strongly with any particular style, since the best players have no real default style at all. They simply look for the exploitative style with the highest expectation based on their opponents.

If you enjoyed reading this article, take a look at some of our other top recommended content...