Proper selection of the online poker room is very important for you overall success. There are several factors you need to pay attention to during this process, as outlined in this article. Things like overall functionality of the software, rake (and potential rakeback), traffic, security and softness of the games all play a pivotal role in finding a right place for you to call your poker home.

Doubtless if you have found your way here many of you will be interested in locating the poker room which best fits your needs. Is it as simple as selecting the room with the best rakeback percentage though? Securing a good amount of rakeback should definitely be a consideration but we don't want to make the mistake of assuming that it's always the most important factor. Usually the room which best suits our needs will be established by considering a number of other factors.

It sounds obvious but sometimes it is overlooked. Sometimes playing on poor poker software can be a bad decision even if the rakeback is much higher.

This is especially the case for players who play a large amount of tables. Certain poker clients may be completely fine for playing 1 or 2 tables but start to lag badly when playing 8 or more. Some networks even have a cap on the number of tables being played. It's no good for a mass multi-tabler if the network they are playing on has a table cap of 6. Even with the additional rakeback, the hourly rate may be much lower.

In some cases it may make sense to opt for a lower rakeback percentage since the increased multi-tabling capabilities of the software will reward us with a higher hourly rate overall. In some cases poor performance when multi-tabling may be an indication that we need to upgrade to a computer with higher specifications – but certain other networks, especially those designed to attract recreational players are just not designed for mass multi-tabling.

players make the mistake of trying to directly compare rakeback percentages. For example if site A offers 40% rakeback and site B offers 60% rakeback, it might seem logical to assume that site B is a much better choice (assuming equivalent software).
However what if, at the limits we play, site A takes 5bb/100 in rake while site B takes 10bb/100 in rake. Is site B still the better option? Let's imagine over 100 hands we rake $5 on site A and receive 40% ($2) of that back. On site B we rake double ($10) and receive 60% ($6) back.  On site A over those 100 hands we have paid $3 in rake after rakeback. On site B we have paid $4 in rake over the same sample despite site B offering higher returns on the money raked.
Site A is actually a better deal in terms of rakeback because they simply take less rake in the first place. In other words, no rake-back calculation is really complete without first establishing how much rake the site takes in the first place. We can't just compare the rakeback percentages directly.

If we had the choice of playing on a tough network with high rakeback percentage or playing on a soft poker room with low rakeback percentage, which should we choose?
It really depends on how different our winrates will be over the two networks. If on the tough network we are break-even after rakeback, whereas we have a 5bb/100 winrate on the soft network before rakeback then it might be a logical choice to search for the softer games despite less rakeback percentage.
Generally speaking many of the networks which offer high rakeback percentages will also be the tougher networks. The high potential rakeback % attracts regulars which makes the games tougher. The low rewards on other networks cause the regulars to look elsewhere leaving the room full of recreational players who have never even heard of rakeback. Sometimes our winrate on the softer networks can be more than enough to compensate for the fact that we get very little in terms of rakeback.

There are some out of the way rooms offering some very soft poker games. Is it worth playing for hours with a 10bb/100 winrate if we can't cash out our funds when we need them?
It's always worth running a little research on the poker rooms security and background before making a deposit. It's generally pretty easy to unearth any horror stories about a room before depositing due to the abundance of information that can be found on poker forums.
We'd obviously like to think of all poker rooms as safe havens which will safeguard our money in a completely segregated account. Unfortunately there are stories all over the internet of sites who have randomly frozen player accounts or refused to pay out funds to its customers. Some sites declare bankruptcy before completely disappearing off the internet. One of the first signs that a site is on the down is that it will start taking a long time to pay out player funds when withdrawals are requested. Pretty much all sites will honour withdrawal requests within a week (provided no verification issues are pending), and in most cases within 48 hours if not instantly.
Often the same site will release large deposit bonuses encouraging members to deposit and cover over the fact that they don't have enough money to fund player withdrawals.
It isn't purely funds-protection of course. Some sites have issues with integrity (hole-card cheating/collusion/bots), and while they will happily honour your withdrawal request while liquid, you can end up being cheated out of your money while at the tables. Online poker security is paramount!

So, we've found an awesome poker room with good software, sick rakeback, and soft games. How useful is that to us if there are no games running half of the time?
Depending on which timezone we live in we may find certain sites/limits are very dead during the time we like to grind.
These can be pretty useful as a second alternative, but trying to make a network with low traffic our main place to grind can be problematic for obvious reasons. This is especially the case if we are a multi-tabler. Even if we can eventually load up the number of tables we'd like to play, if it takes a long time to get the games running we may kill half an hour before we actually have all our tables loaded which is valuable time/money gone up in smoke.

Despite all the things mentioned, having a good rakeback deal can still be pretty important and valuable. It can easily make the difference between profitable and non-profitable play on a certain site. We'd nearly always rather have a RB deal than not have one. So if you are currently playing on a site with no rakeback deal and you see that rakeback is possible, it's recommend that you sign up to a different site on the same network through an affiliate. In some cases your affiliate may even be able to re-track you allowing you to create an new account on the same poker room even though this is typically against the terms and conditions of the site. Affiliates often are directly in touch with the managers of various rooms and hence can do this legally.
Also keep in mind that pure rakeback % is not the most important thing even if we are comparing two sites on the same network. Most affiliates offer other perks on top of the rakeback. So one affiliate may offer us 65%, but the affiliate which offers us 60% also has rake-races and training content made available to tracked members. For example here at pokervip.com, anyone who signs up to one of the poker deals will have access to a huge amount of video and article content along with rake races.

So where should I play poker?

It really depends on which of the above you value the most. Do you value soft games or high VIP rewards? Is good software or good traffic the most important?
My personal recommendation is not to play on any one poker site. For example it's great to have 2 or 3 options to choose from at any one point. For example one site with high traffic and good VIP rewards, and another site with low traffic but extremely soft games when they run. It's even possible to multi-site and play tables on both sites at the same time. Check out some soft poker rooms here on PokerVIP.
The drawbacks to such a method are i) higher computer specification needed to successfully multi-site and ii) we water down our volume on individual sites making us less effective in rake-chases and achieving high VIP rewards. As a result some of us may prefer to focus on one site only.
Also to be considered is the fact that sites have scheduled maintenance along with unplanned downtime. If our poker network gets hacked for a few hours, where will we play if we are only signed up to one room?
A good place to start is checking out the poker deals here, but remember to always look deeper than the surface value of “how much rakeback will I get?”
Follow
You need to be logged in to follow an article. 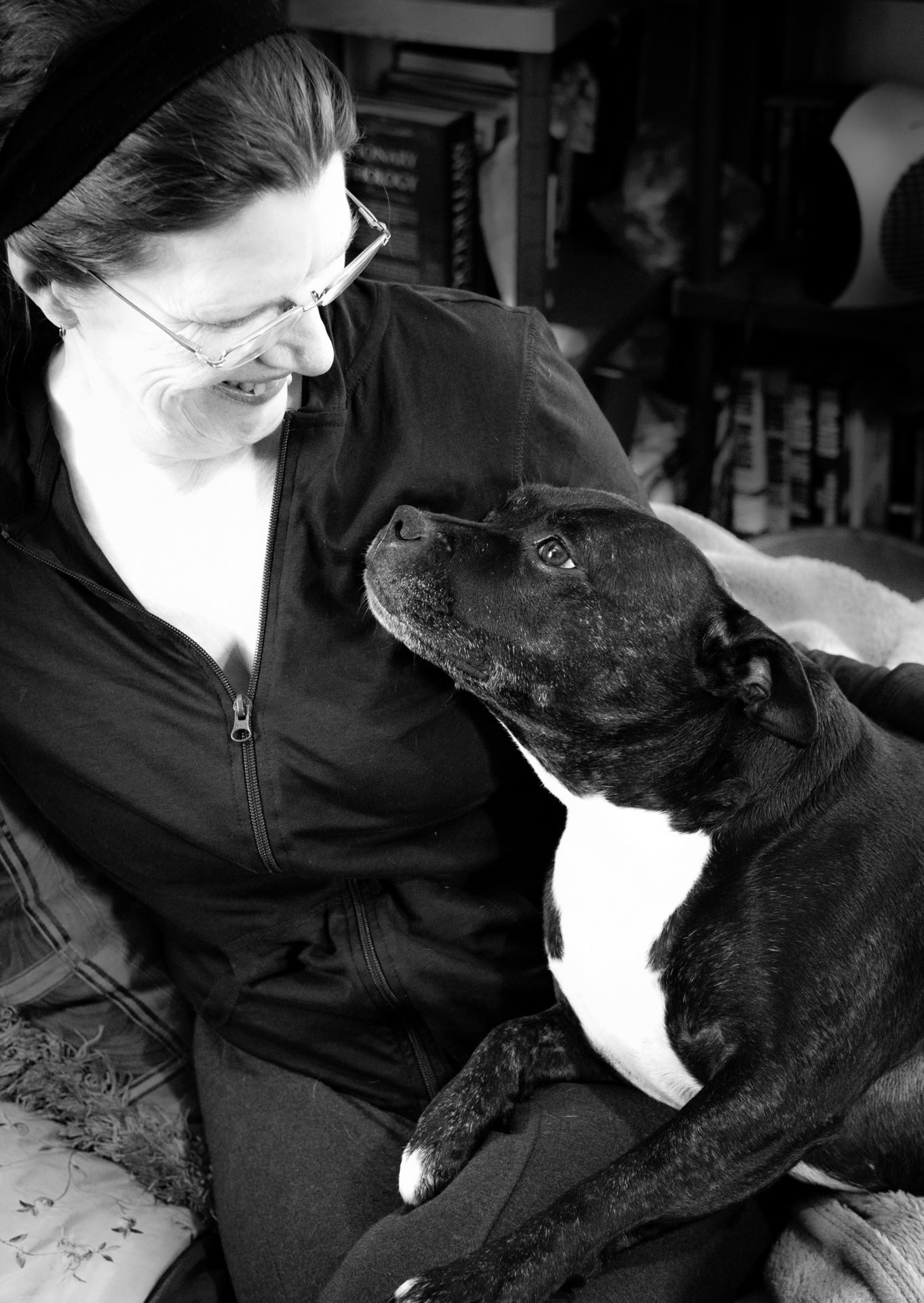 Thank you! I found this article veryinformative and I'm sure very halpful moving forward. Sage advice.