Use this small pocket pair poker guide as a baseline for how to play these smaller pairs - sometimes it's easy to develop bad habits with them.

The optimal way of playing small pocket pairs has changed a lot over the years. In the good old' days of poker when edges were slightly bigger and players weren't punished for their mistakes as severely as they are today, the recipe for success with 22-66 was pretty simple - always raise first, always cold call, try to flop a set and get a big payday. Today that recipe can be largely inadequate and a small pocket pair can be losing money for you in many different situations. In this article, we'll briefly discuss the matter of analyzing your game and describe some common situations in which small pocket pairs might be a problem area.

Filters are Your Friend

The existence of tracking software can make the life of a poker player a lot easier. Instead, of second guessing yourself and trying to think about playing 22-66 in a vacuum you can quickly check if small pocket pairs are a problem for you. We're still long ways from figuring out the game theory optimal strategy for 6-max no-limit cash games so there are no universal, right answers when it comes to the topic at hand. If we add to this the fact that it's possible to win at poker using many different strategies and playstyles, it becomes clear that some players will be able to show a profit with 22-66 in spots where others will struggle to do so. That's why it's important to periodically analyze your game using Poker Tracker or Holdem Manager filters.
When it comes to PT4 the  process is fairly straightforward. Very often you won't even have to use specific filters. You can check many aspects of your game using Holdem Hand Range Visualiser in the Statistics tab. For example, you can choose the Raised First In % Heat Map, tick the Early and Middle Position boxes and you can quickly see your win rate with 22-66 in this particular situation. You can also analyze each and every hand you played to gain a better understanding of the issue which is especially important if you don't have access to a large sample size.

If you want to filter out a situation that's a bit more specific, you can use the menu in the bottom left part of the Poker Tracker 4 software. Holdem Manager is very similar in that regard, you just have to click More Filters button in Reports tab and define the situation that interests you using parameters provided by the developers. For example, pick 22-66 in Hole Card Filters,  and in the Basic Filters tick Small Blind, 1 Raiser and Button boxes in the Hero Position, Preflop Action Facing Hero, and Raiser's Position categories respectively to check what you're doing in the Small Blind vs. Button Steal situations with small pocket pairs. You can also define your action and make the situation as specific as you want it to be.Keep in mind that very sophisticated filters might look good on paper, but would probably require too much of a sample size to be meaningful, so stick with simple spots especially if you're not that experienced with database analysis.

Opening every pocket pair from every position used to be a golden rule of 6 max no-limit hold'em. While it still holds true for some players, especially at lower limits, you might want to consider removing 22-66 from your EP and/or MP raise first in range. The first reason for that could be the aforementioned database analysis. If those starting hands aren't showing a profit for you there's no point in playing them, plain and simple.

Another reason for dropping 22-66 from your range would be a hard competition. Here's the thing, by including small pocket pairs in your early position raising range you're effectively picking the bottom of your range. You can get away with exploitable cbets on favorable board textures, but more often than not you're forced to play small pairs passively since it's incorrect to cbet a lot out of position. Your perceived raising range from early position is strong, therefore, it might be hard to realize implied odds even if you hit a set.

Overall, unless there's a weak opponent behind you there's not much point in decreasing your massive range advantage by including small pocket pairs in it. Again, it's heavily player dependant but if you're still following the "open every pocket pair from every position" rule purely out of habit, it might be a good idea to look into it a bit more!

This is a very complex issue. Fortunately, we already have some great articles on the site that go into great detail to describe this part of the game, so let's just look at the basics. Again, filters are your friend and if it turns out that you're losing more money than you should when defending with small pairs, you should consider re-adjusting your approach. It's very important to realize that your positional win rate in SB and BB would equal to -50BB/100 and -100BB/100 respectively if you folded every hand in the blinds, so it's still ok to take -EV spots with your hands in the blinds as long as the EV is higher than it would be if you folded.

Let's look at the small blind first. Some players advocated having no calling range whatsoever, while others prefer to defend passively with a small % of hands usually consisting of medium pocket pairs and strong hands with good playability like suited broadways. In any case calling 22-66 in the Small Blind vs. raise isn't very common and it's totally fine to fold those hands as your default approach. However, it's possible to gain some EV by 3betting those hands vs. certain players that fold way too much to 3bets. 22-66 plays way better post flop vs. tight ranges than crappy blockers like A3o since you almost always know where you are in relation to villains range. You either out flopped him massively or you shouldn't bother cbetting out of position with no equity vs. someone with huge range advantage.
When it comes to the Big Blind, the situation is somewhat similar when it comes to 3betting small pairs (it might be a good idea vs. certain type of players) but since you're getting much better immediate odds and it makes much more sense for you to defend passively with a large part of your range, calling with those hands will usually be the way to go. It's important to monitor your win rate with 22-66.
Many players fall into a trap of overplaying those hands, they feel like they need to bluff with small pockets when in reality it's usually not necessary. You can turn into a bluff bottom parts of your range that have much higher playability (namely backdoor straight and flush draws).

The approach to cold calling small pocket pairs used to be very similar to the first situation discussed in this article. Since players were notoriously bad at using their range advantage against you and an average player used to be way less aggressive, it made sense to call with a pair most of the time - even out of position - and rely on implied odds. Nowadays getting paid off is much more tricky and it might be a good idea to stop calling competent EP and MP players who know how to use their range advantage, won't go broke with top pair when you flop your small set, most of the time will move you of off your no-equity hand when you miss and overset you in big pots (since they might not be playing 22-66 in the first place).

Lastly, squeeze plays are way more common so even if it makes sense to call an EP raise with your favorite pair of deuces, players in the blinds can quickly spoil that decision for you. Pay attention to the opponents when deciding what to do with small pocket pairs in the CO and BU positions. 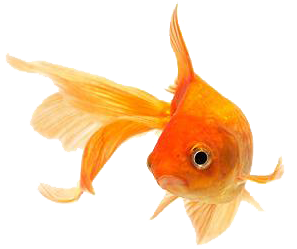 This situation isn't very common, but it can happen especially at micro stakes. Recreational players will be the main source of your poker profits at any given limit and it makes a lot of sense to play as many pots with them as possible. That's why heavily unbalanced plays like limping 22-66 behind can actually be correct in some table settings, especially if a passive player is limping in front of you and you have some 3bet happy players behind you. Keep in mind that this play is extremely transparent and there's really no way around it (balancing your range in such a fringe spot will most likely do more harm than good) so use it only against players who won't pay attention.
Playing a small pocket pair isn't exactly the hardest part of poker, but you should care about everything that has the potential of adding to your bottom line in the game of small edges. Check your database periodically, analyze different spots and small pocket pairs can quickly change from the part of your range that's slowly leaking money to a solid element of the well oiled machine!