It’s just about Bounty-hunting time on Global Poker as the unique US-facing site gets ready to launch the second edition of their hit Bounty Series, and there are massive guarantees to draw in the crowds…

With 44 events in each of the two versions of the Bounty Series II, buy-ins start from as little as SC 11 and GC 11,000 – Global Poker’s unique currencies explained below if you haven’t encountered them before. 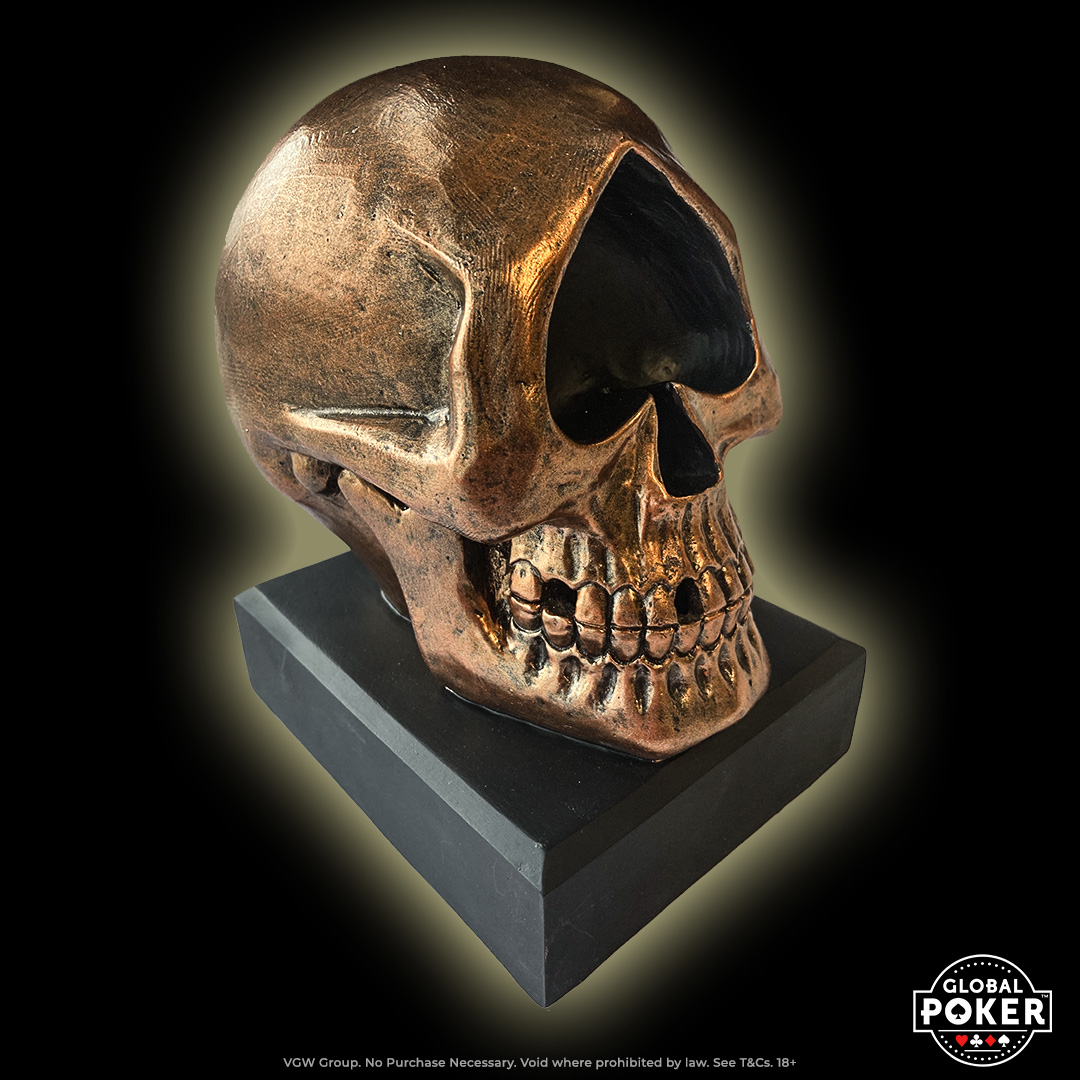 Bounty tournaments are among the most fun – and lucrative - events you can play, with each player starting with a bounty on their head, making the action fast and furious as players desperately attempt to bag bonuses while still aiming for a deep tournament run.

The more bonuses you win, the bigger the Bounty on your own head, making you the next big target at the table.

Every great series worth its salt has a flagship Main Event, and GP’s Bounty Series boasts two!

The SC Main Event is a SC100k GTD No Limit Hold’em affair, and the date for your diary is Sunday March 21st, starting at 5:30pm ET.

The same day and time sees the Gold Coins version running too, the GC Main Event having a monster 40,000,000 guarantee, with the same amazing limited-edition merchandise as part of the attraction.

That brings us on nicely to the usual Global Poker ‘extra touch’, the one that makes their online social poker-room feel so attractive to their 1 million registered players.

Based on the Bounty Series II skull logo, GP have created some incredible bespoke merch to brighten up their latest tournament series.

For each of the GC events, the winners will bag themselves a unique and exclusive trophy, along with a Global Poker Bounty Series cap, and enamel pin, with those who make a run to a final table picking up a pin along with their cash prizes.

On the SC side of the series, a mixture of hoodies, caps, T-shirts and pins will be in the post for all winners, final table players, and also missing out on the final table but still finishing ‘in the money.’

Here’s the tl;dr version for those in a rush…

For those who haven’t heard about Global Poker’s innovative currency, here’s the short version.

Gold Coins' or 'GC' are Global Poker’s virtual currency, which you can accumulate and play with, but they cannot be redeemed for cash prizes or exchanged.

When purchasing Gold Coins, some players may be given free sweepstakes entries by way of Sweeps Coins.

Sweeps Coins cannot be purchased and are always available free of charge via one the many alternative methods of entry at Global Poker.