Developed by Malta-based EvenBet Gaming, the variant was recently launched on a number of Adda52 platforms on the sub-continent and is proving incredibly popular

A new card game called “Call Break” has taken the Indian poker market by storm. Developed by Malta-based EvenBet Gaming, the variant was recently launched on a number of Adda52 platforms on the sub-continent and is proving incredibly popular. 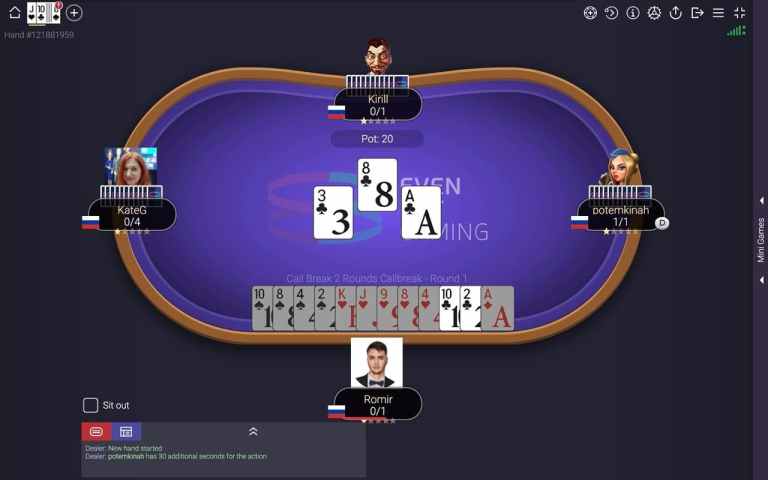 India is one of the top five biggest markets for online gambling. In only the previous 12 months the card game market has grown by 67% with predictions expecting record numbers for the next few years at least.

First of all, the high demand for the gaming solutions in the market. At some point several years ago, we started to receive a lot of requests for ready to use gaming platforms and for the custom gaming software development for India. Very quickly, we have noticed that this market is growing quickly. It was turning from a chaotic black market to a true business, so it was worth making an effort and going there.”

The game uses a traditional 52-card deck which is dealt between four players. Each player must declare how many hands they expect to win before play starts. Each player then adds a card of the same suit to whatever has been laid in the middle. The highest card then wins that hand.

After all the cards have been used up points are awarded taking into account how accurate each player’s estimation was.

Industry analysts believe Call Break has every chance of becoming one of the three most played skill-based games in Asia, alongside rummy and poker, so making it available through our platform is hugely important.”