The HUD All Players Must Use

Back in 2015, the Jivaro Heads-Up Display (HUD) hit the ground running and revolutionised the market overnight.

Back in 2015, the Jivaro Heads-Up Display (HUD) hit the ground running and revolutionised the market overnight. Previously Hold’em Manager and Pokertracker monopolised the scene with complicated software that put many potential customers off.

Now that has all changed and we have a much more simplified, yet still highly effective option.

There’s nothing worse than feeling overwhelmed by modern technology. While Hold’em Manager 2 and Pokertracker 4 are great pieces of software, it take takes an awful lot of effort to get the most out of them. Jivaro, on the other hand, is basically plug & play. Simply install, and away you go.

The package is so user-friendly that you’ll be up and running in no time at all. This fresh approach is a perfect introduction to HUDs for either novice players or those moving over from a live background. 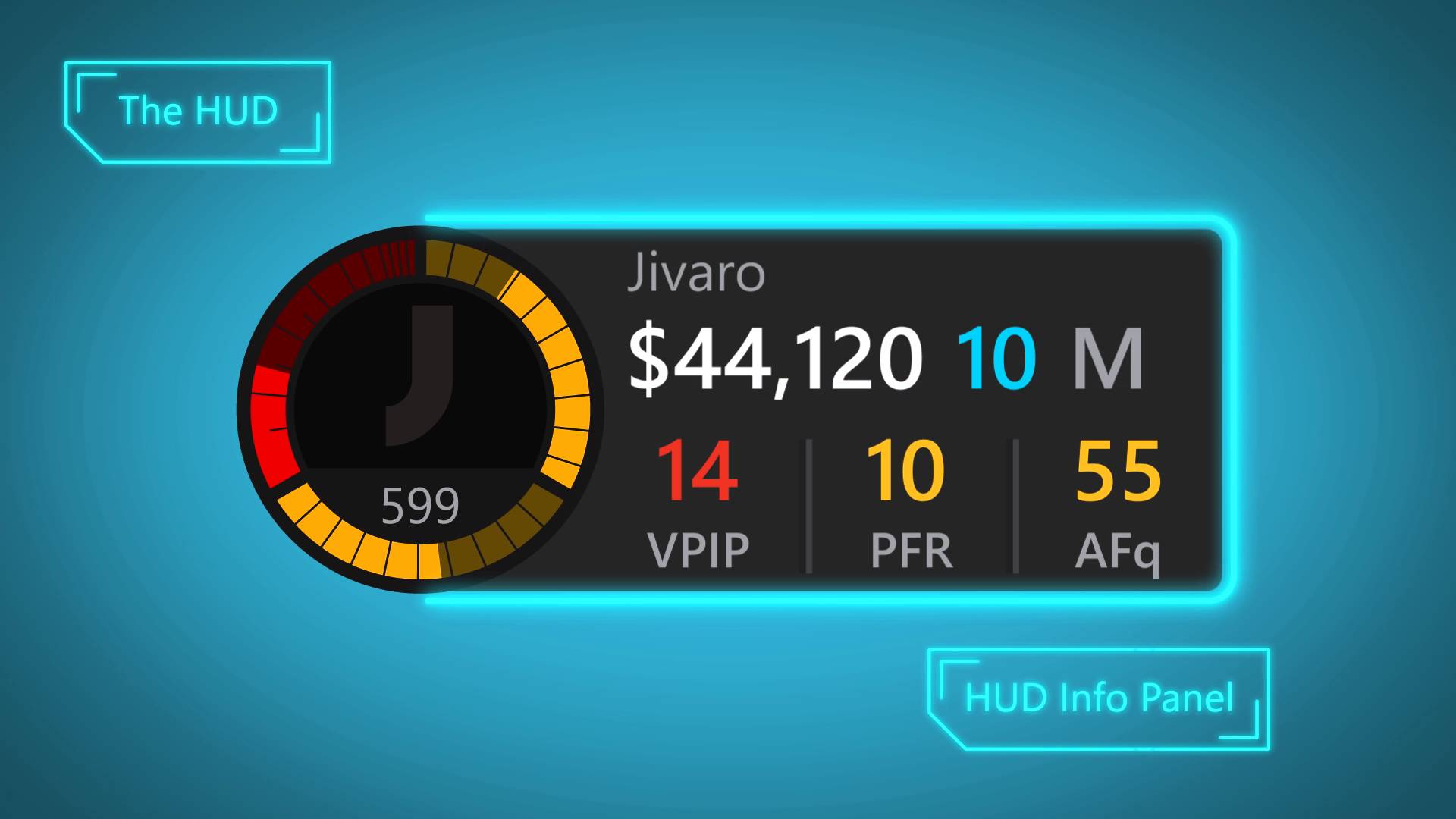 Not everybody has a beast of a computer at their disposal. With Jivaro though, that doesn’t matter any longer. Both PT4 and HM2 are hungry for your computer’s resources, and require a reasonable standard machine to run smoothly. Jivaro doesn’t need anywhere near as much juice to run.

Unfortunately for MAC and Linux users, Windows is the only available operating system for the HUD. That said, Windows tablets and smartphones are becoming more and more popular these days, and if you play your poker on one of these then you will have no trouble whatsoever running Jivaro. 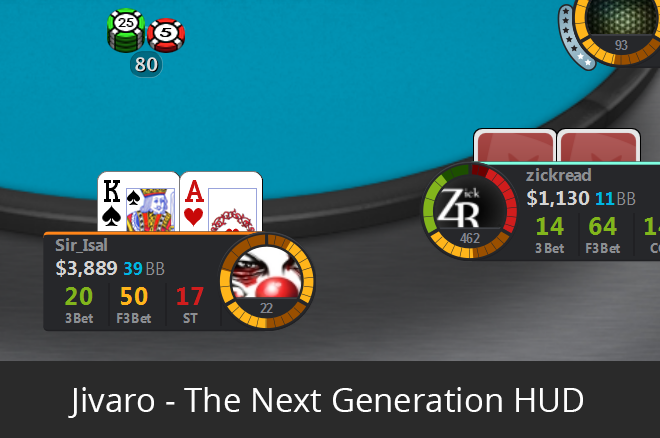 Rather than using the standard HUD model of a block of stats overlaid next to your seat, the Jivaro team has opted for stylish graphical representations surrounding each players avatar. The HUD literally overlays your PokerStars seat graphic, removing any fiddling around needed to make everything fit nicely.

The core stats are displayed as colour coded graphical meters, rather than plain numbers. This method is geared towards giving you the information you need in an intuitive format instead of having to rely on thinking through what the numbers mean for each decision. 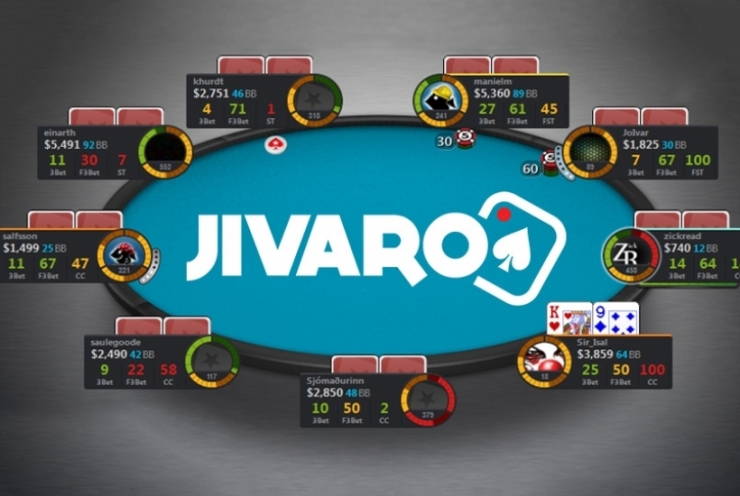 It’s no secret that professional cash game grinders utilise a far wider variety of stats than tournament players. That’s not to say that the Jivaro HUD is not of any use for cash games, as it is. It’s just that this product appears to have been built with multi tabling tournament players in mind. Everything you need for serious tournament play is integrated in a quick and easy to understand way. This is backed up by TwitchTV stars such as ElkY, Nanonoko and Jaime Staples having used to product at one time or another.

All the basic info about your tournament is on display, such as number of entrants, players remaining, and places paid. You can see what first place pays out, as well as the smallest prize and how many players need to be knocked out before you reach that point.

To cap it all off, all of this information is also available in a “command centre” which avoids having to cycle through multiple windows from your chosen poker platform.

Filtering Out the Most Critical Information

One of the perks of the Jivaro HUD is how the information presented to you is filtered to give you the most relevant data for your current situation. Anything considered unimportant and a likely distraction is removed from view. It’s like having a personal assistant with you in-game.

For those of you who would still prefer to utilise one of the more complicated packages available, then don’t worry, as you are able to Jivaro at the same time as both Hold’em Manager and Pokertracker.