You've probably read a book, played a game or watched a movie that consumed you so completely that you failed to notice anything else including the passage of time or your hunger. This is what flow state is all about.

If you have more than a few thousand hands under your belt, you've probably had the chance to experience at least one poker session that seemed 'perfect'. You played your A-game from beginning to the end with no distractions, focused solely on your cards, the opponents and the quality of your decisions. You felt no urge to indulge in distractions like Facebook or Twitter, you've managed to win more hands than usual and stay calm in the face of bit pots that didn't go your way.

You didn't even notice how fast 60+ minutes of the session went. If the picture painted above rings a bell you've probably experienced a state of flow, an ephemeral phenomenon that took the world of psychology (and subsequently the world of business) by storm from the moment it was introduced to us a bit more than a decade ago.

While some people are still distrustful of the idea that we can achieve this almost mystical, state of optimal performance there's a good bit of solid research on the subject out there (by the likes of Dr. Mihaly Csikszentmihalyi, Steven Kotler, Jamie Wheal and many others) and at this point it's pretty safe to say that the idea is worth pursuing especially in highly competitive fields like poker.

This is why focusing on one task at the time is so hard and why it's so hard to maintain one's A-game while doing something as complicated as playing poker. The idea of flow is based on the fact that it is, in fact, possible to invest the 110 bits per second worth of attention that we're able to invest (or at least as close to that number as possible) into one activity.

It's not some mystical mumbo jumbo and you don't need to become a Buddhist monk to achieve that state. Achieving flow is mostly about minimizing distractions and getting out of your own way. The confusion that the problem of flow provokes and the insistence on attributing some supernatural elements to the idea comes from the fact that the experience might seem transcendental.

If we managed to focus our attention entirely on any one task we're no longer able to monitor the state that our body is in. According to some researchers we spend as much 50% of our time thinking about the past or the future, that's why staying in the present moment for a long period of time can feel so foreign.

I'm sure you've read a book, played a game or watched a movie that consumed you so completely that you failed to notice anything else including the passage of time or your hunger. This is what flow state is all about. 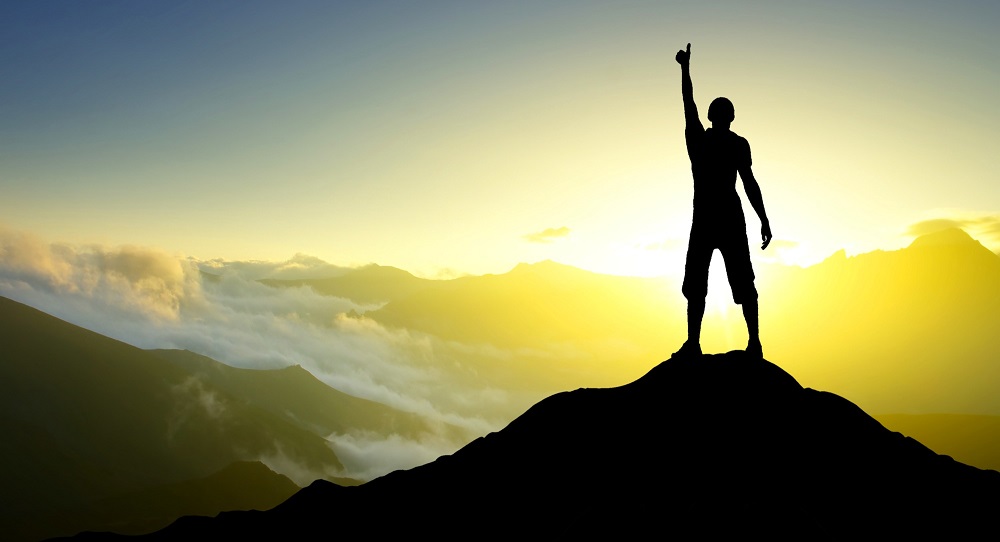 How to Achiever the State of Flow?

Now that you know that flow can be extremely beneficial to your performance at a poker table let's discuss how to maximize the amount of time you're able to spend in that state. Fortunately, the steps necessary to achieve flow are fairly easy to understand. Unfortunately, the modern world is working pretty hard to capture every bit of that small and precious amount of attention that we have at our disposal.

Let's start with the basic idea, achieving the flow state is all about balancing the difficulty of the task that we're going to perform with our skill level. The flow state is somewhere in between the excitement and control, and it's impossible to achieve if we're too anxious, relaxed, energetic or apathetic. Knowing that, if you find the task that you're performing boring, increase the challenge! If you're too anxious, you should take steps to increase your skill level etc.

In terms of poker, it's important to play at stakes that are both challenging and profitable. Many people make the mistake of making a number of buy-ins in their bankroll the only variable when deciding which stakes to play. Avoid that mistake by monitoring how challenging playing on a certain level seems to you and use your short term win rate to make assumptions about the edge that you have over the opposition.

Also, it's vital that you don't play more tables that you're able to handle. We all have a tendency to greatly overestimate our attention spans and our ability to process information so as a general rule it might a good idea to cut a number of tables that you're playing right now by around 20% and see if that improves your ability to get into a flow state.

While it's somewhat unlikely it's also possible that increasing the number of tables that you're currently playing might be a good move if you find yourself bored or distracted while playing poker.

Another important step in achieving the state of flow is eliminating distractions. When you're trying to figure out the optimal decision in a tough river spot that fact that bits of your limited and precious ability to process information are occupied with things like today's dinner or Twitter feed you feel the urge to take a look at - is not doing you any favors.

Flow is all about self-awareness - until it's not. Once you achieve the state of flow you're no longer monitoring the state that your body and mind are in, but before that happens it's important to get as good as possible at identifying what lies between you and the optimal performance. Recognizing that you're too bored or too anxious allows you to readjust your behavior and reevaluate the results.

It's not easy, but when done correctly the results become self-evident and absolutely astonishing. Practice that skill and you'll be playing poker in a flow state in no time.