Just as knowledge of maths and statistics are necessary to beat the games, so too are the psychological skills needed to fool and ultimately profit from your opponent. 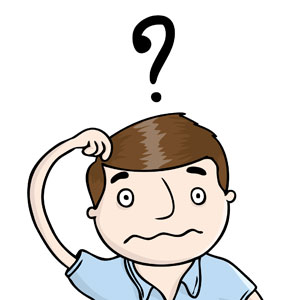 To suggest maths is the only thing that matters in the game of poker would be an unfortunate oversight.

Optimising your poker strategy is going to involve a large number of psychological factors. We are going to consider the concept of leveling. It can be a difficult thing to internalise, but the best players use it to great effect and profit.

Difference Between Levelling and Adjusting in Poker

Firstly, isn’t “levelling” just a fancy way of saying “adjusting to your opponents”?

Not quite – unlike levelling, adjusting can be a purely mathematical process. Perhaps you know your opponent is 3betting a 10% polarised range, 75% bluffs. You can “adjust” to this by calculating the exact ranges you can profitably call/4bet. Your opponent could well be oblivious to this process, and continue with the exact same strategy once your adjustment is in place.

While levelling often is a form of adjusting it has a larger basis in psychology. It usually involves a particular concept that is shared by two minds. More specifically, one mind is aware of a concept that exists in another’s mind and can exploit that information.

Lets assume that our light 3betting villain is aware of his image and is anticipating hero will start 4bet bluffing. If hero knows villain thinks like this, he can weight his 4betting range toward value. Mathematically/theoretically hero should be able to profitably bluff against villain’s light 3-betting range. Given the “level” villain is thinking on however, hero can think on the next “level” and deduce that 4bet bluffing might be a big mistake.

It may be important to acknowledge the subtle difference between “thinking on a level” and “levelling/levelling wars”. In general usage, the former applies to thinking on a higher level than your opponent who is quite possibly not adjusting.

The latter applies to a situation where your opponent is fighting back just as hard to be one level up on you – calculation can become pretty intense.

Here's each 'level' of thinking moving up.

In short, they aren’t thinking about the game. Any hand is pretty much good enough to shove all-in at any point. After all, poker is just gambling game, same as roulette, slots, etc......right???

These players understand very basic poker strategy. They are betting/calling/raising with their strong hands and folding their weak hands. These players may not be the greatest in the world, but generally they are going to crush the level-0 players.

Assuming they can spot level-0 thinkers they should be able to play profitably against these also. If they are not capable of distinguishing between the two, they ironically may make more money against the level-1 thinkers than the level-0 thinkers because they end up “levelling themself” into the wrong decision. Perhaps a level 0 player is bluffing in a spot where a level 1 player would always have a value hand – the level-2 player knows this and makes an incorrect fold.

These players are masters of the level-2 style and as a result understand how to exploit players who are thinking on level 2. Perhaps a level-2 player has found a good level-1 player to 3bet light. The level-3 player observes this and is waiting to put in a cold 4bet bluff, or trap with value hands.

Assuming a level-3 thinker can recognize players on each of the other levels he should be able to play profitably against all of them. He plays level-3 vs the level-2 thinkers, level-2 vs the level-1 thinkers, and level-1 vs the level-0 thinkers.

Like the players on level-2, a level-3 thinker has an increased chance of “levelling himself”. If for example he were to play level-3 against a level-1 player, or level-2 against a level-0 player it’s highly conceivable he ends up losing money as a result of incorrectly distinguishing between player types.

Levelling Wars - Any higher levels involved are usually referred to as “levelling wars” – both players are extremely competent and attempting to think on the most beneficial level while aware that their opponent is trying to do the same.

Levelling Yourself:  A term that describes where you are trying to think on a level but end up on the wrong one. You typically will lose money as a result.

We are now going to consider some common spots where players get into levelling wars.

Against such an opponent you may decide to weight your c-betting range toward value or 2nd barrel light in a spot where it typically might not be good strategy against non-thinking opponents.

An opponent who realises you are c-betting light may even attempt to bluff-raise a board like K82r, which brings about an interesting levelling scenario. With a hand like 88,22,KK,AK it really doesn’t make a lot of sense to raise vs a wide cbetting range. It’d be much higher EV to flat these hands and let your opponent barrel. If your opponent is not aware of this (or doesn’t know you know this), bluff-raising a K-high dry board vs a wide range is going to be profitable. If your opponent is perceptive, bluff-raising a Khigh dry board might be suicidal – your opponent can potentially 3bet bluff profitably with an alarming frequency if he realises you are representing 0 value hands.

If you knew your opponent would interpret raises on dry boards as bluffy, you could then legitimately raise a hand like AK on a K82r for value. You are effectively merging your range in a spot were villain perceives you to be polarised and weighted toward bluffs. Your goal is to either illicit 3bet bluffs, or to induce calls with bluffcatchers such as TT.

Assuming your opponent does decide to 3bet the flop, yet another levelling spot occurs. The “yeti theorem” states that “3bets on a dry board are nearly always a bluff”. If your opponent knows you know this it’d be a great spot to 3bet a hand like 88 on a K82r. Otherwise it makes more sense to flat and play a pot against your opponent’s bluff-heavy range.

But you just 3bet!

This levelling spot occurs when you 3bet someone preflop immediately after having just done so, or vice versa.

The majority of players will be on the following level - “My opponent would not 3bet a second time without a strong value hand”. Most of the time this is probably going to be the correct level when you are the one facing a 2nd 3bet in a row.

Sometimes it can be a great idea to exploit this level by firing your 3bet bluffs in pairs when the opportunity arises. Sometimes even more than pairs. Suppose you’ve just fired 2 succesful 3bet bluffs and a 3rd opportunity to 3bet bluff presents itself, the very next hand. If your opponent is on the level where he just thinks “Man....he MUST have it this time!” you may even be able to string together a number of successful 3bet bluffs.

While the majority of players may respond in this manner, there is of a course a minority who will take the opposite level. Likely they are not even aware of the levels involved. As soon as they see that second 3bet, the chances of them playing back increase dramatically.

Perhaps somewhat similar to the above level. Imagine you’ve just triple barrelled and shown a bluff.

The very next hand you fire three barrels again. Many people will just assume you can never be bluffing the second time. “Who would be stupid enough to triple barrel twice in a row as a bluff? He must have it this time!”

Then, of course, there will be a smaller number of players who think “Wow, this guy just 3barrelled me as a bluff, he must be doing it again! I call!”

We’ve considered just a few situations involving levelling, but it can appear in a huge amount of other poker situations.

It’s important to understand that levelling usually comes about as a result of history. If you have never played a hand with someone, trying to think on various levels may result in you “levelling yourself”. Sometimes this can be referred to as “fancy play syndrome”. Perhaps you are coming up with all kinds of advanced-sounding psychological reasons as to why you are making plays, but in reality you are just spewing money.

If you are going to make a play involving a level, you at least need a half-decent reason for your belief. Even if it’s something simple like “This guy has reggy looking stats, I think he will give 3bets vs his UTG open a LOT of credit”. If you don’t have a reason for making a play that isn’t standard, you can run into a lot of difficulty attempting to use levels. Use levelling with caution.

Assuming you can get to grips with the psychological aspect of playing on various levels, there is no reason why it won’t boost your winrate quite considerably, especially at the higher stakes.
Follow
You need to be logged in to follow an article.