The exact origins of the Omaha

variant of poker are unknown, although it first appeared in a casino setting at the Las Vegas Golden Nugget Casino. The full name of the variant was originally “Omaha Hold'em” as outlined in Doyle Brunson's super system. Omaha Hold'em is synonymous with a variant of Hold'em poker known as “Tight Hold'em” where players must use both of their holecards to construct a 5 card hand. (In the modern version of Hold'em players can use both, one, or none of their hole-cards to create a 5card hand).

The “Omaha” part of the name “Omaha Hold'em” reflects this rule of using exactly 2 hole-cards. “Hold'em”, refers to the fact that players share a pool of community cards which they can use to make their 5-card hand. This is different from draw games where players have purely face-down hole-cards, and stud games where players have a mixture of face-up and face-down hole-cards but no community cards.

The action and betting rounds are identical to no-limit-hold'em but there are some important differences that must be kept in mind.
a) Players are dealt 4 hole-cards instead of the 2 in Texas Hold'em.

b) Players must use exactly 2 of  hole-cards to make a 5-card hand.

Because of the "both card" rules, this is not the split pot (e.g. both players playing the board); instead Player B wins creating 7-high straight using his 34

c) Omaha is more frequently played with a pot-limit betting structure meaning it is not possible to go “all-in” unless the pot size is sufficiently large.

Similar to all other variants of poker each player starts with a number of “chips”. These are small circular bits of plastic which are used for betting and keeping score. Generally these chips can be traded in for their monetary value after the game is over. The objective of the game – to win your opponents chips. In a poker tournament, you win by accumulating all of the chips on the table.
Omaha is more frequently played with a pot-limit betting structure meaning it is not possible to go “all-in” unless the pot size is sufficiently large.

As with Texas Hold'em, a hand of Omaha can consist of anywhere between 2 and 10 players, with one player being the dealer. The rules on blinds and position are again exactly the same as Texas Hold'em.
Again like Texas Hold'em, Position is very important in Omaha because it determines the order of betting. The best position at the table is generally considered to be the BTN, while the worst is considered to be either the SB or UTG.

Playing a Hand of Omaha

Again the same as Texas Hold'em - The gameflow is broken down into rounds known as “streets”. Each hand of Omaha is broken down into 4 streets referred to as “preflop”, “flop”, “turn” and “river”.
On each street a round of betting takes place. If more than one player is left in the hand by the river we reach what is referred to as “showdown”. All remaining players show their hands and the best hand takes the chips or “pot” that is in the middle.

Betting rounds and actions are exactly the same as Texas Hold'em. Pre-flop, Flop, Turn and River mark the rounds of play in Omaha.
Players may either check, bet, call or raise during each round. 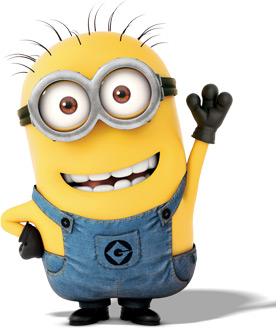 version of Omaha is the pot-limit version. There is a cap on the amount we can raise in any given situation (more on calculating a pot-sized bet shortly). However it's also possible to find Limit-Omaha games, (raising in small fixed increments) and No-Limit Omaha games.
In Pot-Limit-Omaha (PLO) we can raise only to the pot-size at any given time. The only way the betting action can continue after this is if our opponent chooses to re-raise us. He will then also be again limited to a pot-sized re-raise. Calculating a pot-size raise sounds simple but causes much confusion in the poker world. The majority of poker players possibly do not even know how to calculate a pot-sized raise because-
a) it's automated in an online environment
b) it's possible to ask the dealer what a pot-sized raise is in a live setting
However, it can be useful to know for ourselves how to calculate it. We can use the following formula
3 * size of opponents bet(or)raise + size of the initial pot
So imagine there is $10 in the pot and our opponent bets $5, what would be a pot-sized raise here?
Probably our instinct might tell us that we raise an extra $15 for a total raise size of $20. But this is where we'd be wrong.
Let's apply the formula
(3*$5) + $10 = $25
We can raise to $25 here. If formulas are not your strong point – we are effectively imagining that we call first to see what the total pot is. In other words the total pot would be $20 if we just called. So we raise that extra $20 on top of our opponents $5 to give us our total raise size of $25. And remember, if you are not sure, ask the dealer – they are paid for stuff like this. 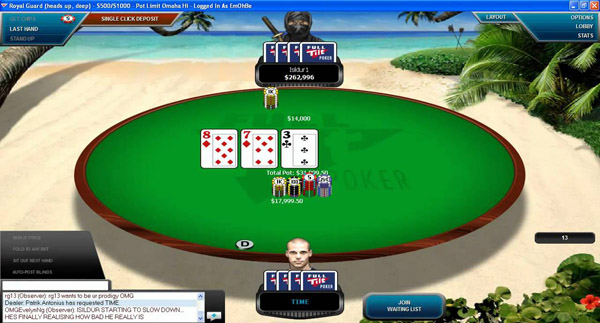 Even with the stone cold nuts there may be situations where folding is correct.
For more Omaha content, I suggest you check out the following videos and articles:
1) The Fast Lane to PLO
2) PLO Strategy in Action
3) Hand Reading in PLO
If you found this article helpful you should follow us for more amazing Omaha Poker Articles!

I am ready to become  Omaha Expert!