Donk Bet - What is it and should you include it in your poker strategy?

Learn how to integrate the donk bet into your poker strategy, and how to react to it appropriately on the tables.

What is a donk-bet anyway?

It's become so standard for players to check to the preflop-aggressor that any action otherwise is often associated with being a “donk” - poker slang for a "donkey" or a very bad player.
Assuming we decide to cold-call OOP vs 1 opponent, it's ingrained into the majority of reasonable players that we should be checking the flop with 100% frequency. If we have a strong hand or a bluff we can go for a check-raise, if we have something in the middle we can go for a check-call.
What about leading out into the preflop-aggressor instead of checking? This would be referred to as a “donk-bet”. 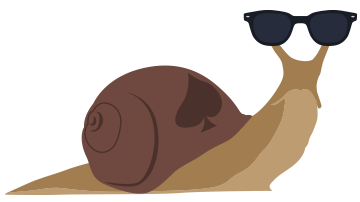 There is actually nothing inherently bad with donk-betting, at least in most cases. The reason why it's considered as bad is simply because it is a non-standard line. This doesn't automatically mean that the expectation won't be higher than checking – it will be a much better option in some situations.
The truth is that in theory, no-one really knows yet whether donking heads-up is correct or not. There are some general ideas that if a texture connects with our range harder than our opponents it's correct to open up a donk-betting range – but this kind of thing is very difficult to balance and not yet solved.
The thing we can say for certain is that exploitatively it can be correct to have a donk-betting range and it's something that the majority of players are not doing.

There are few pieces of information we are interested in.
Fold to Donk - The application of this should be somewhat obvious. If a guy plays reasonably well overall but for some reason folds 60%+ to donk-bets, then this is clearly something we should be attempting to exploit.
The reason why most people miss out on this opportunity is because they don't have the fold-to-donk information directly on their HUD. And seriously, who wants to open up a popup every single time we are OOP as the cold-caller just to check if our opponent is folding too much to donk-bets. In other words, this is a stat that you really should include on your main HUD, even if many of your poker comrades do not.
Cbet Flop – This one might seem a little less obvious, since surely we only care about this if we decide not to donk-bet? This is not the case.
Actually, the main reason why checking to the PFR became so standard was because cbetting became so standard. For a long time many players would automatically fire a continuation bet every time they were the PFR and then begin making actual decisions on the turn.
So since c-betting was a foregone conclusion, the cold-caller would nearly always do better by checking his value-hands/bluffs and going for a check-raise. Donking wouldn't really accomplish that much, we'd just miss out on some free dead money.
So what if our opponent rarely cbets? Now we are in a situation where we want to extract value on the flop and want to avoid giving a free turn card, especially if our hand is vulnerable. Check/raising as a bluff will be somewhat fruitless since our opponent will not cbet much and if he does he is going to have a strong hand anyway. So as a general rule, when opponent rarely cbets, we should consider taking the initiative ourselves and leading the flop more frequently.
Raise-vs-Donk – This stat can be truly awesome. There is a school of poker thought out there that says “always raise donk-bets because they are weak”. The idea is that most strong hands will generally still go for a check-raise rather than a donk, so a donk looks like a weakish protection bet. We can see how the strategy of always raising finds its application, but on the other hand, think about how ridiculously exploitable it can be if we find a reg who is following the above ethos.
Every time we have a set or other strong made hand we simply donk-bet, call our opponent's raise and expect to get a decent amount of turn barrels. (Common advice is to raise flop and auto-fire turn but give up on the river without value). So, bet/call flop, check/call turn, donk-bet river.

Most of the same principles apply for other streets. We are interested in -
So let's say we find a guy who loves to fire cbets in position but doesn't follow through on the turn without a strong hand. We can consider taking the line where we check/call flop, donk-bet turn. It will usually be a superior line to checking twice, since by checking twice we are simply either giving a free river card the majority of the time or facing a cbet from an extremely strong range.
The river is where it can get interesting. Have you ever 2 barreled in position on a flush-draw (two-tone) texture and then faced a donk-bet on the river when the flush completes? This will be a flush so often, it's extremely difficult to call without a very strong made hand. We should be able to see that in some cases the line can be useful as a bluff.
Imagine for example we check/call two streets OOP with KJ on a
TQ52 board texture.

Many of you will probably realise that depending on the sizings and effective stacks that the turn check/call OOP with oesd on double-flush texture is barely profitable. We just don't get the right implied on the river OOP when we hit.
However, what if we were willing to donk-bluff hearts and clubs when they hit? We probably have some flush-draws that might play this way also. Depending on the type of opponent we face this can be a very strong strategy and help to make an otherwise slightly losing turn call into a profitable enterprise.
But assuming we hit, is donking the river for value always the best option or should we check and hope to get in a check/raise if the stacks allow? Once again this comes down to our opponent's suspected river barrelling frequency. If we expect him to check the river with a high frequency then naturally value-donk-betting ourselves is going to have a considerably higher expectation. Assuming our opponent will nearly always fire then checking river OOP will be correct.
If we have an understanding of how our opponent's range is constructed it will help greatly with understanding how frequently he will fire the river.
The general idea is as follows -
The idea here is assuming our opponent is polarized he will fire very frequently, either for value or as a bluff. Assuming he is merged and has more mid-strength hands there is a higher chance that he will check back when the river comes bad since he can no longer value-bet. He might consider calling a donk-bet though since he really wants to get to showdown.

All the situations we have discussed so far pertain specifically to a heads-up battle. When we start playing multi-way flops things change somewhat drastically.
The natural inclination is to attempt to play in a multi-way situation in exactly the same way that we would play in a heads-up situation – I.e always checking to the PFR. The general consensus amongst good players is that we should now be opening up a donk-betting range as standard.
This donk-betting range should contain a mixture of draws and vulnerable value-hands. For example we hit bottom set on a Q97 flop.
Checking will usually end up being inferior to donk-betting here. We should also lead a selection of hands such as flush-draws, oesds, gutshots and vulnerable pairs. So if we have something like QT on the above texture it is usually stronger to donk-bet small rather than check.
The general idea is that giving free cards in multi-way situations is a lot more costly than giving free cards heads up, so we should generally avoid doing this where possible. We'll also find that when someone cbets multi-way
they will often have a much stronger range than average which makes check/calling and check/raising strategies less effective.

Where do we start?

The logical place to start here is to get your HUD kitted out with the appropriate stats. At the very least you should know where to find these stats in your popups – but ideally some of them will be placed on your main HUD so you can check them with ease.
The second step is to simply consider donk-betting in every situation where it is possible. Don't just auto-check to the PFR like 90% of other regs are doing. Stop and think. Could donk-betting in this situation potentially have a higher expectation than the standard check to the PFR?

If you enjoyed this article, check out our other top recommended articles by Adam Jones!
Or why not take a look at some of Adams PokerVIP coaching content?