How to Play Ace King and Ace Queen Properly

How to play Ace King and Ace Queen properly can sometimes give new players trouble. Check out our tips on playing these hands effectively and keep winning.

It’s time to talk about the reason that gives the most incentive to fights between life-long friends, family feuds and relationship breakups. It’s not what you think though. It’s the different ways in which you can play AK or AQ. This article was inspired by someone who posted a few AQ hands into the Strategy Forums, and I really thought it would be a very good subject to post on here, because a lot of people are on different sides, either 3bet them always for value/blocker value, or call in position and play them defensively postflop. 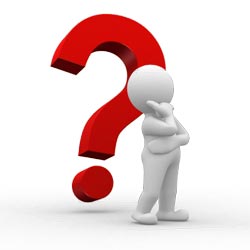 You’ve probably decided up until now for yourself what to 3-bet and where, but hear me out on this one. One of the reasons I’ve had this much success is that I’ve learnt not to overplay my hand in different situations.

Let’s say EP is opening 8%, and you’re in MP, and you have AKo. This is a great hand to 3-bet here, because you’re fishing for information, you have awesome blockers (having an ace in your hand and a king reduces the chances of your opponent having AA by 50%, KK by 50% and AK by 44%), but you won’t be very happy if you get 4-bet by the EP original raiser.

You’re probably going to be behind if you jam and get called. And rarely do I see players who 4-bet bluff from the EP against an MP 3-bet, so you’re either getting re-raised by QQ+/AK, or in some cases KK+/AK and getting flatted by 99-QQ, AQ usually in this case hitting the muck pretty hard. Surely, if EP is opening 8% and 4-betting only 2%, and calling some other pairs, surely he’s going to lose a lot of money preflop because he’s folding a big part of his range, isn’t he ? True.
Poker is all about maximizing EV and edges against your opponents and you’re going to think, alright, but if we flat AK here our value range is going to decrease, and we’ll have to decrease also our bluffing range, because if we don’t, we’re going to be imbalanced in this spot?

Wow, look at all the pressure you’re putting on yourself! Why not just experiment with different positions and opponents? Most of the time it’s perfect to be 3-betting it, because your opponent’s range is way behind, and you’re going to get called by a lot weaker hands that you dominate, like for example AQ/KQ which are the hands regs like to call a 3-bet most of the time with. The difficulty is playing against EP openers, in a sense of thinking about either 3-betting or just flatting.

The truth here is that AKo flops a strong hand/draw a lot less than AKs does, so we’re going to 3-bet AKo unconditionally against people who open more than 7% at least (less than that and it’s overkill to 3-bet AK, just flat or if open is under 3%, muck it because you’re facing what I like to call a SUPERNIT), and consider if flatting or 3-betting AKs makes more sense.

The main reasoning I use here and some arguments for calling are:
The reasons to 3-bet AKs are kind of the same to 3-bet AKo, but let’s review:
I think that it’s hard to orient yourself only on these reasons, and that you need some solid proof to go with this, and I’m going to show you how flatting AKs is a lot more profitable than flatting AKo preflop.

This is info taken from filtering out almost a million hands that I played:
So you do lose a lot if you don’t re-raise AKo pre-flop, but flatting AKs makes your flatting range a lot stronger (a lot of people just flat pocket pairs and some SC’s pre and are really easy to play against), and as you can see, it doesn’t lose you that much money. 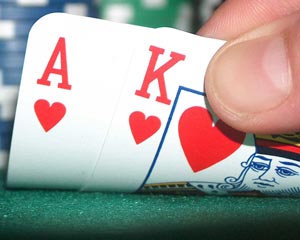 So, as the AKo experiment with the only flatting pre has cost me in the long run, it doesn’t really mean that I lost a lot. You have to take into consideration that you can flat AK against people who open around 6% from EP and that’s when you’re going against a very strong range, you’re not going to get a lot of money even if you hit that top pair, or you might even be dominated by an overpair.

So, as tricky as it seems, I really recommend 3-betting AKo, but AKs sometimes is better just to flat it, especially if your opponent is opening AQ/AJ/KQ but he’s folding these hands if you 3-bet (for example if he opens from MP and you 3-bet from CO).

So, tread lightly with the AK because it’s a very strong friend if used in the right spots, but it can also be a very harsh enemy if you play it aggressively against the too-tight opponents!

Other Top Rated Articles for Beginners!

Check out some of our top recommended articles, taylor made for beginners!