Online poker is far from being done, but it could sure use a nice pick-me=up and the emergence of Asian online poker rooms can be exactly what the doctor ordered.

Online poker is a bit like this jock guy who peaked in high school around 2010. He used to be handsome, gigantic and ripped to the bone, he could throw a mean ball and he used to get all the girls. Unfortunately, he never got to play for an A-list team, now he's pushing thirty, he's starting to develop a beer belly and while he can still throw that mean ball he's in desperate need of something that would reinvigorate him.

Online poker environment is far more difficult to thrive in and far less popular than it used to be. The idea of playing cards for a living is now no more romantic than the idea of becoming an esports player or creating a successful startup company. Poker lost a bit of its cultural significance and it isn't as attractive for the potential new players as it once was.

However, it's not like there is a plethora of jobs that can offer similar freedom that poker can provide, or even hobbies that can result in a nice side-income. Online poker is far from being done, but it could sure use a nice pick-me=up and the emergence of Asian online poker rooms can be exactly what the doctor ordered.

In case you've been living under a rock for the past year or two there's a clear new trend when it comes to managing western online poker rooms. PokerStars is the obvious example of a site that does everything in it's power to make itself less attractive to regs and more attractive to recreational players by cutting down on volume rewards, making bum hunting as difficult as possible, filming commercials with famous celebrities and coming up with new fast poker formats aimed at attracting the western clientele with ever decreasing attention spans.

Even if we consider another example of poker network that seems infinitely more reasonable and less revenue oriented in its changes like Microgaming decreasing the rake at micro stakes and allowing for unlimited screen name changes is supposed to have the same effect PokerStars is hoping for - increasing the number of new players and new deposits.

Asian market represents everything western poker so desperately seeks. A fresh batch of new players excited about gambling with lots of disposable income. Even though Chinese economy is slowing down it still managed to produce a large middle class that has time for leisure and money to spend. Given the fact that China is so insanely populous Asian poker market is no joke and might be the best thing that happened to poker since Chris Moneymaker's win at the WSOP Main Event in 2003.

And that's just China. Other Asian countries are also full of potential new players and on the whole that number is much larger than western poker rooms could ever dream of.

"If you don’t gamble, you don’t know how lucky you are". - Chinese Proverb

In western countries, we're socialized to think that we're the masters of our own domain, that we can achieve anything as long as we work hard enough. We don't need luck or fate or God. Asian countries promote a vastly different narrative. Deep belief in luck and faith is at the very core of eastern culture.

People believe that their destiny is largely predetermined by the ancestors and therefore being lucky at a poker table is a sign of being blessed by the gods. Gambling is often a part of family gatherings, it's not uncommon for Korean families to play gambling games for real money during New Year's Holiday or Thanksgiving (Chuseok). Think about what would happen if you proposed a nice game of short handed 50NL to your parents and siblings after the next Christmas dinner.

Gambling is something that's far more socially acceptable in the Asian countries than it is in western culture. It also has a higher cultural significance. Sure we had Casino, Maverick, Rounders and countless other works of fiction that managed to appeal to some parts of our society (namely young men), but poker is generally frowned upon when presented as an alternative career or even a serious hobby.

The social aspect of gambling is much more pronounced in Asia than it is in Europe or USA. The deeply-rooted ideas of capitalism and individualism make it obvious for western players that in order to play the game of poker with any degree of seriousness you have to value EV over everything else.

Everyone is in it for themselves and the archetype of a successful player is a lone wolf or a shark.

In Asia, a gambling game is as much about the result as it is about building the sense of kinship. Playing dice, poker or mahjong for money is not viewed as a problem by most because it's done in the social context with other people. That's why Asian poker rooms have the potential to create ecosystems that are far easier to sustain since money isn't the only motivator for the large percentage of the player population.

Lastly, if we look at the gambling addiction rates in Asia when compared to Europe it's clear that games of chance are far more prevalent in the eastern culture. The rate of gambling addiction in Europe varies between 0.5% to 3% depending on the country while in Japan it's 2 to 10 times higher at 5%.

It doesn't mean that you should be eager to take advantage of vulnerable people that you might meet playing on the Asian poker rooms, but it's yet another proof that poker in Asia is a big deal.

If you're convinced that Asian poker rooms might be something that's worth looking into here's a good news - you're just a few clicks away from setting up an account at All in Asia and getting access to the IDN Network that's full of players. 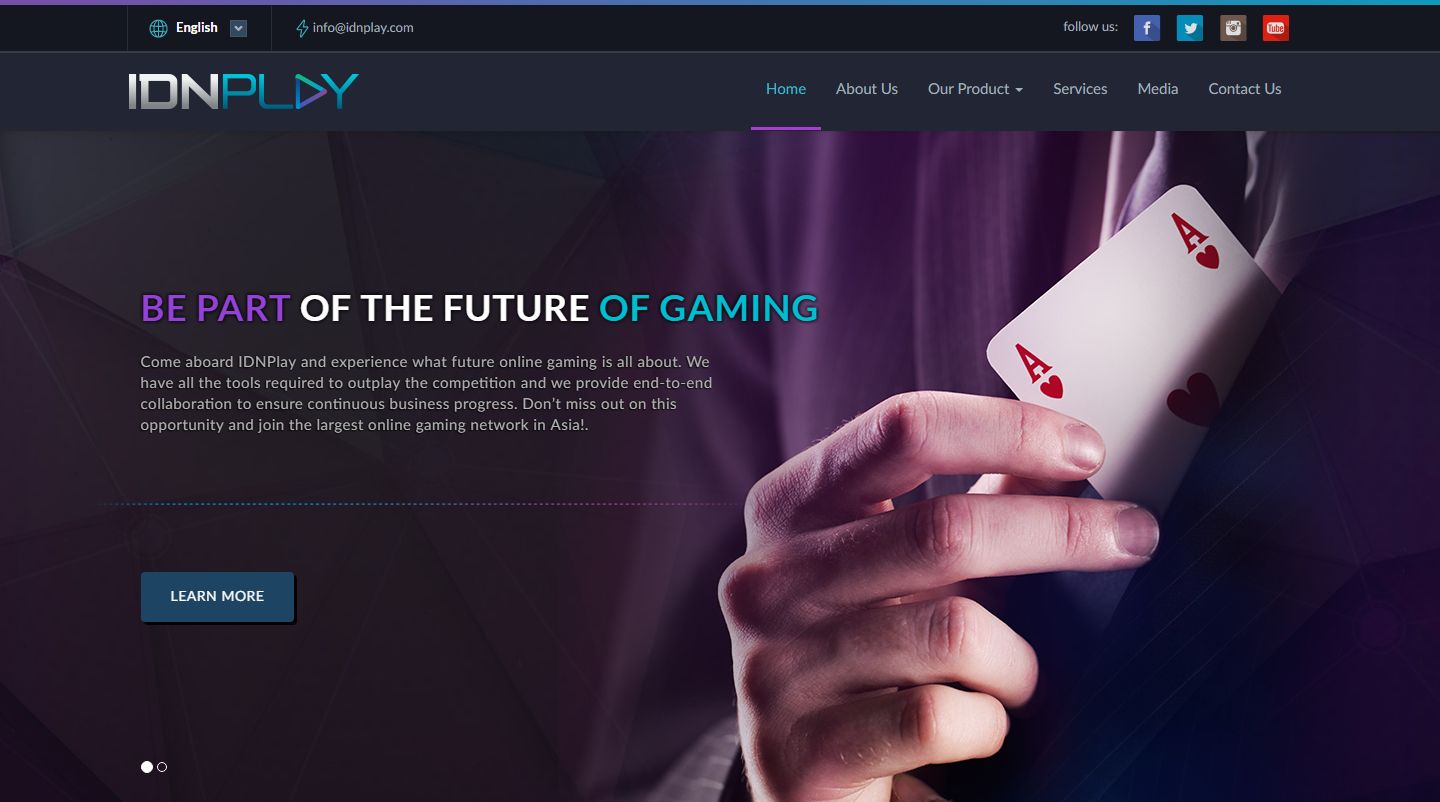 The experience will be largely the same as it would be if you decided to set up an account with PartyPoker, PokerStars or a Microgaming Network skin, with the only difference being the softer player pool. You'll even get a good old-fashioned 30% rakeback deal (paid every Monday) and you can deposit or withdraw money using most of the methods available to you on western sites.

This is a safe and familiar experience that has a lot of the benefits emerging Asian market can offer without feeling alien to western players.

More about All In Asia: The Star of an Asian Poker Boom you can read here.

Agent System and the Rise of Home Game Apps

Asian poker goes way deeper than simply setting up an account on a big, widely available poker room. We're all used to the idea of simply looking up something on the internet and having immediate access to it.

If you want to play poker on Unibet you just google Unibet (or an affiliate website like PokerVIP), a few clicks and one filled out form later you're a proud member of a Unibet player pool. In Asia, the process can be much more complicated. In many different eastern countries including China poker is technically illegal, there are no regulations or taxes, but due to the cultural significance of gambling, everyone is still playing games of chance.

Poker in China is sort of a gray area that's not very easy to get into especially for western players. Many Chinese poker rooms don't market themselves to western players and in order to play there, you need to get in contact with an agent.

Asian poker rooms and online gambling, in general, operates on a so-called "agent system". Agents act as both cashiers and gatekeepers. They are the people who decide if you can play on a certain poker room and all of the money transactions are handled through them. For example, you can make a request for an agent to deposit 500$ in your name on certain account to play poker with (same goes for sports betting etc.).

Often times this can be done on a credit system and you don't necessarily have to supply the money at the moment of the transaction.

Finding an Asian poker room might not be the hardest thing in the world but just because you can find the site it doesn't mean that you can get in on the action. As we already mention many Asian poker rooms don't market themselves to the English speaking audience and a good agent can be instrumental in breaking both the language and the cultural barrier.

But wait, there's more! The fact that social aspect of gambling is so important in Asia combined with the lack of regulations resulted in the raise of home game apps. For the uninitiated apps like "PP Poker" look like little mobile play money home games but in reality, many home game hosts assign a value to the play money chips which result in the creation of small poker rooms.

Some apps allow for the existence of rake and therefore running a successful poker club through the app can be very profitable for the host bringing in thousands of dollars in profit a day. Imagine how much value gaining access to such a poker room would represent to a solid western regular.

Unfortunately, the process isn't very straightforward, and it boils down to befriending the club's owner or finding an agent that will enable you to become a member of a certain home game app. This is obviously a lot more complicated than what most of us are used to and few western players will even bother trying to get access to those games which makes them all the more attractive to the people who will.

Who knows, maybe we're going back to the old days when gaining access to good games was a hard and risky process with more impact on one's winnings than the mastery of betting patterns?