Origins and rules of Open-Face Chinese Poker. Learn how to play this increasingly popular poker variation, from the basic rules to some strategic advice on how to gain an edge over your opposition. 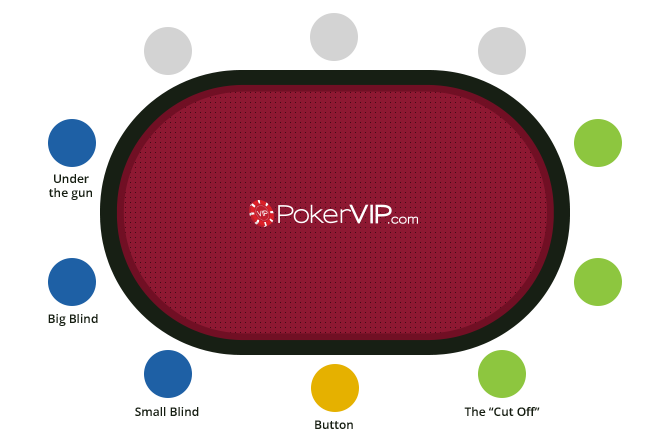 is a variant of Chinese poker which originated during the mid 2000's in Finland. It spread to Russia a few years later where professional poker player Alex Kravchenko is credited with introducing the game to the high-stakes Russian community. The game was introduced to the United States in 2012 and hence is still considered relatively new. It is only recently that open-face-Chinese has drawn the attention of the Western-media. In 2014 the first world championship of OFC was held, hosted by Tonybet.
While the exact beginnings of the original Chinese poker are unknown it appears that playing cards were around in China as early as the 10th century, long before they permeated the Western World. Many trace Chinese poker as having its roots in another Chinese card game named “Pai Gow”, since the rules of the two games are somewhat similar.

Unlike other poker variants open-faced-Chinese (OFC) poker is not played directly for chips. No betting occurs in any given round. Instead points are exchanged based on the strength of players' holdings. Assuming a real money game, players will typically agree on a monetary value for each point which can be settled after the game is over.

The objective of the game is to make qualifying hands which beat our opponents' hands. Unlike other poker variants we will make 3 different hands per round organized into 3 rows. The bottom and middle rows will contain a 5-card hand while the top row will contain a 3-card hand.

In order for our hands to “qualify” there are rules on the relative strengths of the hands occupying each of our three rows. The bottom-row hand must be the strongest, and the middle-row hand must be stronger than the top-row hand. If we fail to make three qualifying hands then our hand is considered a “foul” and we will get zero points for the round.

Showdown is a little different than other poker variants since OFC is an open-face variant of poker. This essentially means that we get to see our opponent constructing his 3-row hand on a turn to turn basis. As a result, it won't come as a surprise to see what our opponent holds at the end of the hand
Since we have 3 hands in 3 separate rows, an individual showdown occurs for each of them. We compare our bottom row to our opponents bottom row. Whoever has the winning hand is awarded a point. The middle row hands are then compared, along with another point awarded. Then finally the top row in a similar manner.
Bottom row hand must be strongest; middle row hand must be stronger than the top row hand!
The hands are read in the same way as other hi-card variants of the game such as Hold'em. The top row is no exception although less available hands are possible since the top row holds a 3-card hand only. This means the nuts will be AAA. No straights or flushes are possible since we would need 5 cards for these.

We've touched on the absolute basics for the scoring system. 1 point for each winning hand-row at showdown. However there are a large amount of scoring bonuses available which have quite a big impact on the total score. The most common of these is the “scoop” bonus, which is awarded for winning all 3 rows. This is worth an additional 3 points for a total of 6. (The 3 points for the 3 winning rows, and an extra 3 points for the scoop bonus).
The next best thing is to win 2 of the three rows which would be worth 1 point overall. We win 2 points from our opponent and he wins one back from us. This is sometimes referred to as the “1-6” scoring system. If we win 2 rows we make 1 point overall, while if we win all 3 rows for the scoop we make 6 points overall.
However to encourage players to chase big hands there are also “royalties” which can be won for making hands of a certain strength. The royalties awarded will depend on the row in which the hand is made.
Let's start with the bottom-row royalties.


Next the middle-row royalties.


And finally the top-row royalties

Playing a hand of OFC

We now understand the scoring system and how to make hands but so far have not discussed the gameflow of an OFC hand.
Similar to hold'em, OFC makes use of a dealer button. The player to the left of the BTN acts first on every street. The button moves around the table every hand.
Initially, each player gets dealt 5 cards which they will arrange into top, middle, or bottom-row hands. The player to the left of the BTN flips over his 5-card hand first, places his cards where he wants them then indicates his turn is over. The other players now take it in turns to place their 5 cards. The remaining cards are dealt one at a time and players take it in turns to assign each card to either the top, middle or bottom row. Once a card is placed it must stay in the row that it has been assigned. There is no option to move a certain card to a different row.
This continues until each player has been dealt 13 cards total from which they can make their three poker hands.

While keeping score multi-way in a heads-up environment might seem straight-forward, we said at the outset that OFC may be played by multiple players. How does the scoring work in this case?
Essentially a 3-way game of OFC is similar to 3 HU matches going on at the same time. We keep score relative to each of our individual opponents on a separate basis. So if we are player A it is as if we are playing two consecutive HU matches with player B and player C at the same time. Both our opponents are also doing the same. So it's possible to win against one opponent and lose vs another etc.

Now for the twist which makes OFC so exciting. If our qualifying hand on the top row is a pair of Queens or higher then the next hand we play will be in Fantasyland. Fantasyland is a type of bonus round and our opponent is not allowed to quit the game until the round has been played.
In Fantasyland we are dealt all 13 of our cards at once which confers us a huge advantage. Our opponent however has to place his hand according to the standard OFC rules. When in Fantasyland we may also place our cards face-down and reveal them only after opponent has made his 13-card hand.
Fantasy land is a bonus round in which we are dealt all 13 cards at once. It is easier to make strong hands, because we have perfect information.
It's a lot easier to make strong hands in Fantasyland because we have perfect information. We know exactly which cards we are going to be dealt. A player playing by standard OFC rules will only know for certain his first 5-cards. The other cards he has to take one-by-one from the deck – they may or may not be the cards he is looking for.
Due to the increased advantage of playing in Fantasyland, making a pair of Queens or better in the top row is significantly easier. Therefore the pre-requisite for staying in Fantasyland involves making a stronger hand than this.
Any of the following hands can initiate another round of Fantasyland:

Chinese poker is rather different to most of the poker variants you have seen before. The open-faced variant with Fantasyland is an extremely new game. So if you enjoy the challenge of a learning an entirely new game, OFC is for you. There is also the chance that many of your opponents are not strong at this game. Similar to how NLHE was many years ago, there may be a window of opportunity to make a decent amount of money at OFC before players get considerably stronger on average.
OFC is also a very skilled game. It is played open-faced for a reason. When we see our opponent placing his hands we know the following:
In a game like NLHE we will typically hold two cards which we know might be blockers to our opponents holdings. Even this small effect is noticeable enough to influence the correct decision. Now imagine that we are playing a 3-handed game of OFC and 12 cards have already been dealt to all players. We should have a pretty strong idea of which cards still remain in the deck, which cards are possible, and which cards are likely. This should strongly influence our poker strategy.
The final reason why OFC should be considered is that it is an involved and exciting game. There is no situation where we have folded and are simply waiting for other players to finish their hands. Every round we will attempt to construct our 13-card hand and won't always know until right at the end whether our hand has qualified or is fouled. The royalties point system and the Fantasyland bonus also increase the potential swings and the excitement.