In this article, we'll give you a basic yet powerful system of player profiling based on three major poker player types.

In his 1999 book "The Theory of Poker"David Sklansky formed what is now known as "The Fundamental Theorem of Poker". In case you've been living under a rock for the past two decades, or you're a relative newcomer to the poker scene, or maybe you're so deep into the sophisticated GTO calculations that you couldn't be bothered to remember the fundamentals and you're in need of a refresher, the theory goes something like this:

In short, if you know what the villain is holding, playing optimal poker becomes a trivial affair - you just make a bet if you have the goods (unless there's more value in deception) or fold when you're behind (unless you have the odds to call). Unfortunately, in the post Black Friday reality of the online poker games, super-user accounts are a bit hard to come by and so we have to settle for the next best thing - developing our player profiling skills. Even though we can never know exactly what hole cards our opponents are holding, we can get pretty damn close in our estimations provided that we know what kind of player  we’re dealing with in a specific spot. Like with every other poker skill, practice makes perfect and a very experienced player can often display an uncanny ability to decipher the narrow range of hands, that his opponent might be holding. If you've ever seen an old-school pro naming his opponent's exact hand you know exactly what I'm talking about.

This uncanny ability is simply a function of mastering the fundamentals of player profiling combined with a very long experience at the tables. While reading a poker article can't provide you with the latter we can certainly teach you something about the former. In this article, we'll give you a basic yet powerful system of player profiling based on three major poker player types. 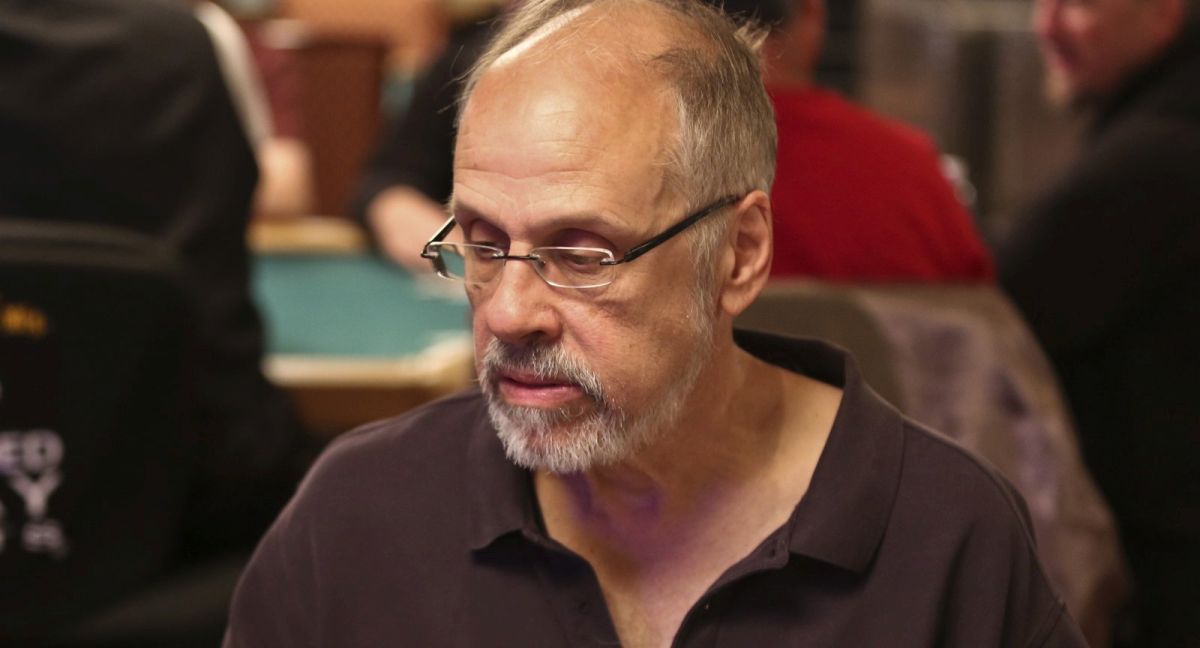 There is no such thing as a good passive poker player.

This short list of three major player types might seem overly reductionist, because of the ubiquity of many different arbitrary player classifications that we can find in poker related books, articles, and videos. We've all heard about "rocks", "nits", "TAGs", "LAGs", "maniacs", "payoff wizards", "calling stations" etc. We can come up with a virtually infinite number of these classifications and it's precisely the reason why we shouldn't. What about "nits who love to check raise" or "calling stations with polarized river raising range"? Or what's the difference between a "calling station" a "sticky bun" and a "payoff wizard"? The truth of the matter is that once you've gained enough information about your opponent to know that he or she is, in fact, a "calling station with polarized river raising range" you should no longer rely on simplified arbitrary labels - you should just play poker against that person with all the complexity you're capable of. Player profiling is a tool that's designed to get you through the "uncertainty period" when you don't have a lot of information about the villain. 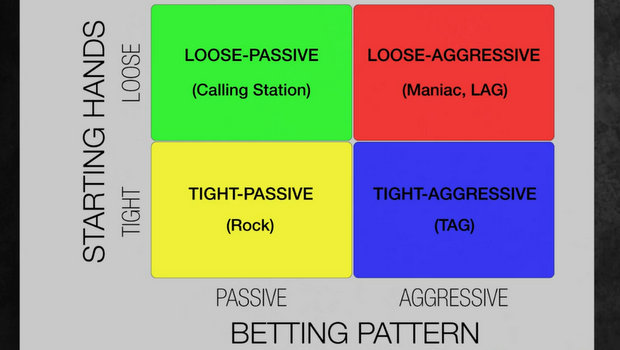 Boiling things down to a small number of basic player types can help us avoid confusion and focus on what's truly important - learning how to do basic player profiling correctly.

Focusing our attention on three major player types is a powerful player profiling strategy because it's applicable in almost any scenario. Whether you're playing live, HUD-less or on a site that allows for screen name changes, you can always gather enough information to assign your opponent to one of the three basic groups. This is not necessarily true for more elaborate classifications. It's easy to spot a 12/10 "nit" when you have access to a database containing thousands of hands but this is a scenario that becomes increasingly less common in the modern poker landscape, with poker rooms cracking down on various poker trackers, offering features like anonymous tables or the aforementioned screen name changes. There is, of course, a world of difference between a good aggressive player that's a 1bb/100 winner and the one that's crushing the games for 8bb/100. Similarly, a 30/12 modest loser and 45/4 target are likely both bad passive players.

That being said, there's a lot of value to be had in making a simple distinction between good aggressive and the bad passive player even if we don't know exactly how good the aggressive player is or how passive the bad player will turn out to be.

Undoing a similar mistake using categories like "LAG" and "maniac" can take a lot longer, not to mention the fact that we tend to get more attached to those narrow categories like "nit" or "calling station" than the broad ones like a “bad passive player”.

With theory out of the way, let's talk about more applicable advice that will allow you to utilize and profit from the player profiling strategy based on three major poker player types. Below you'll find some tips that will help you identify players from each of the three group. We'll also talk about some basic adjustments that you should make when playing against them.

If you have access to HUD stats pay close attention to the two most basic and useful ones - VPIP and PFR. Even in 2018 we still tend to underestimate the number of hands necessary for any kind of HUD stat to be representative, but bad passive players are usually so transparent that you can often spot them after just one or two orbits. 50/50, 40/30 or 10/10 VPIP/PFR stats after 10 or so hands can mean absolutely anything depending on how lucky certain player got at the beginning of their session, but almost no combination of cards dealt will force an aggressive player to go with 60/0 preflop style. The good aggressive player will usually settle their VPIP/PFR somewhere in the neighborhood of 20-30% with the gap between the two no larger than 4% (although some players can get away with 6-8% in certain environments). Bad aggressive players usually play more than 30% of their hands (sometimes much more than that) and a large percentage of those they choose to open with aggressive action. Other basic stats that you should be paying attention to are 3bet (passive players almost never go beyond the value range of 6% and you can't really find good aggressive players with outrageously high 3bet like 15-20% etc.), aggression factor/frequency, went to showdown (>30% is almost always a sign that you're playing against a bad passive player) etc. but once you gathered a sample size that merits looking at those in the first place (especially the showdown stats which - while immensely valuable - require literally thousands of hands to be worthwhile) you no longer need to rely on basic player profiling.

If you see a player sitting at more than one of your online tables it decreases the chances of him being bad (though like with every other piece of info analyzed in isolation it's obviously not a sure sign of anything).

In a live environment, players who look and act like they “belong” at the table (no matter if it's 0.5$/0.5$ home game or a 5$/10$ casino game) usually aren't passive, so if you see someone busting a few chip tricks while thinking about their decision on the turn you should think twice about calling their raise. Lastly, passive players are, well, passive and aggressive players are - you guessed it - aggressive. You might need a few hundred hands to spot a passive player using went to showdown stat but you need to pay attention to only one of those showdowns where the player in question called down two juicy value bets with a third pair, in order to profile him or her correctly. Same goes for bad aggressive players.

Once you see someone catch them on their ridiculous river bluff make a mental note of that (or better yet a physical one if your online poker client has that feature).

How do you deal with bad passive, bad aggressive and good aggressive players? As we've already alluded to in the opening of this article, the more we know about our opponents the easier it is to play good poker against them. In case of confirmed bad passive players, you should avoid big bluffs, believe them when they show strength (particularly when they raise on the turn or river) and thin value bet them relentlessly. When you're playing against bad aggressive players make sure that your ranges are stronger than usual, particularly on the turn and river where you're likely to experience a lot of heat. You have no business floating a maniac with speculative hands with no showdown value but you're happy to call him or her down with your Broadway-heavy range that you'll often catch good top pair type hands with.

As for good aggressive players - you should stay away from them.

This might sound overly simplistic and you can, of course, win money against some regulars but this should never be a priority. Winning money against regulars requires a lot of information that basic player profiling simply can't provide. If you identify someone as good, aggressive player, treat him or her with respect, play solid poker against them, make sure you're not being exploited by them but other than that focus on the other two player types because in the environment where you only have access to a very limited amount of information bad players will be the main source of your profits.