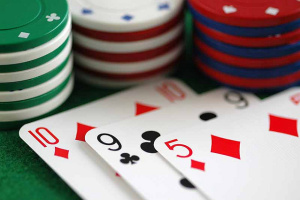 i) Initial Defense against 3 Bets

Here's some initial adjustments to make against 3-bets.

you need to establish if your opponent really is 3-betting light. Sometimes it might seem the case but actually isn’t – your opponent could just be picking up some hands. Typically if your opponent has a 3bet stat of less than 4% your best option is just going to be to fold when they 3bet. This will include some stronger hands like AQ/JJ.

AQ is going to have ~28% equity vs a merged 3betting range. Does it really matter that we have AQ when we are such a huge underdog? Fold preflop, at least 100bb deep.

Positions involved also play a huge part. A lot of players will 3bet wider in late position battles but only 3bet very tightly vs early-position opens. If you open UTG and a tight 3better raises from the hi-jack or the small blind you can quite conceivably fold AKo/QQ. Who cares the absolute strength of a hand like AKo/QQ if the range we are up against is going to be KK+ only. Some players will advocate never folding KK preflop, and this is fine; but if there is ever a spot you can theoretically fold, it’s when you open UTG and a super-tight 3better raises.

This might sound like the coward’s way out, but it really isn’t. Table selection is a part of playing winning poker. Perhaps you’ve heard the adage – “It doesn’t matter if you are the 6th best player in the world if you are sitting with the top 5”. These light 3-betters may not necessarily be “better” players than you from a theoretical point of view, but facing aggression out of position is always going to be tough whoever you are playing. If there are players abusing their position and you think another table would be higher EV, switch tables.

Perhaps you want to avoid getting into high variance 3bet/4bet pots. Often this simple adjustment can be one of the best. By open-raising smaller you do 2 things. One, you risk less money to steal the blinds meaning it doesn’t need to work as often to be profitable. Two, you give your opponent less incentive to 3bet as there is now less money in the pot for him to steal.

You will lose less money to your opponent’s exploitative 3bets. You will also be able to play back at 3bets with a much higher frequency without ever needing to play back light. If your opponent is 3betting extremely wide your best option may be to flat call with strong hands like KK/AA and let your opponent fire barrels postflop.

In many cases the above adjustments may not sufficient. It could also be the case that the alternatives have a higher expectation. Whatever the reason, you have 2 options at your disposal. You can flat-call a 3bet, or you can 4bet.

As a very general guideline you want to tend towards 4betting rather than flatting out-of-position. Flatting 3bets oop isn’t typically going to be a winning strategy without a strong hand. There may be situations where you can make it profitable; but typically one leak that players have is flatting 3bets way too often out of position. By 4betting rather than flatting you partially negate the positional advantage your opponent has over your postflop. Either the postflop stack-to-pot ratio is a lot smaller and position doesn’t count for as much, or the hand will end preflop when your opponent either folds or 5bet shoves.

Flatting 3bets more often in position can also be a good strategy. You can use your positional advantage postflop. Assuming you hold a “preflop float” type hand rather than a value hand, perhaps something like 78ss, or 88, or A9o – your intention should be to float a huge amount of flops and steal on the turn. Normally these hands are going to be standard folds vs a preflop 3bet however.

This doesn’t mean you should always flat in-position and 4bet out-of-position. Far more important in determining your response is the type of range your opponent is 3betting. We will consider how to respond against both merged and polarised ranges.

I never thought about the flatting OOP to a 3bet, mite save me loads even I do fold my blinds.

With regards to 3 betting is there anywhere on pokerVIP where I can access a template for starting hands to 3 bet IP/OOP/flatting etc?

I love cookies and Adam's thoughts on 3B pots OOP. Nice

The amount of money that can be lost calling 3bets is huge. This really helped me boost my win rate. Does anyone call without a plan still?