The Evil empire crew contains some of online poker's biggest and most talented names, including Doug Polk, Ryan Fee and Jason Mo.

Above - Doug Polk has won or lost six-figures at a time in countless high stakes online cash game session, playing deep-stacked and short-handed with best in the world.

They may be notorious for their big-headed and big-mouthed boasting, but the ‘Evil Empire’ of Doug Polk, Jason Mo, Ryan Fee, are a trio who have consistently backed up their claims with results most can only dream of.

Add in friends like Donger Lee and Jason Les and you have an almost unstoppable force of modern poker’s power-players.

How the Evil Empire came about…
Doug ‘WCGRider’ Polk

The first step in creating an empire, and making it ‘evil’, is finding like-minded people! For Doug Polk, a teenage lie on an internet forum provided the impetus to take his poker further. After posting that he had lost money betting on consecutive coin-flips at the University of North Carolina, his fellow Warcraft 3 fanatic Ryan Fee sent Polk some money and offered some poker coaching.

When they met for the first time in person in 2009 and Polk confessed he’d made the coin-flip story up, Fee told Bluff magazine:

I was just flabbergasted,” Fee said. Polk explained: “I was just trolling on the Internet …the Internet is not very serious business.”

Perhaps not then, but in the years to come the online would dictate their lives, hundreds of hours of grinding together on the way to legendary status in the online poker community.

From grinding out 2NL to taking down the best online players in the world? Less than five years for the hardest working player in the world.

My goal is to be in poker for a long time,” Polk has stated. “I don’t have a lot of other things to fall back on. I love the game of poker. I love the strategy. I love working hard, being successful, and getting the opportunity to be successful with my friends. So I want to try to use that and build toward something that’s going to be longstanding.”

And build he has, rising through the ranks to challenge Ben ‘Sauce123’ Sulsky to a match which the winner could rightly boast as deciding ‘the best heads-up player in the world’.

Polk remarkably took $740,000 from the Sulsky – with an additional $100K side-bet topping up his huge win. His close friend Fee, a louder, brasher version of Polk, described ‘WCGRider’s rise in no uncertain terms.

He came out of nowhere and f—d everyone up … He devastated Sauce. Anyone who doesn’t think Doug is the best heads up player is a f—ing retard.” 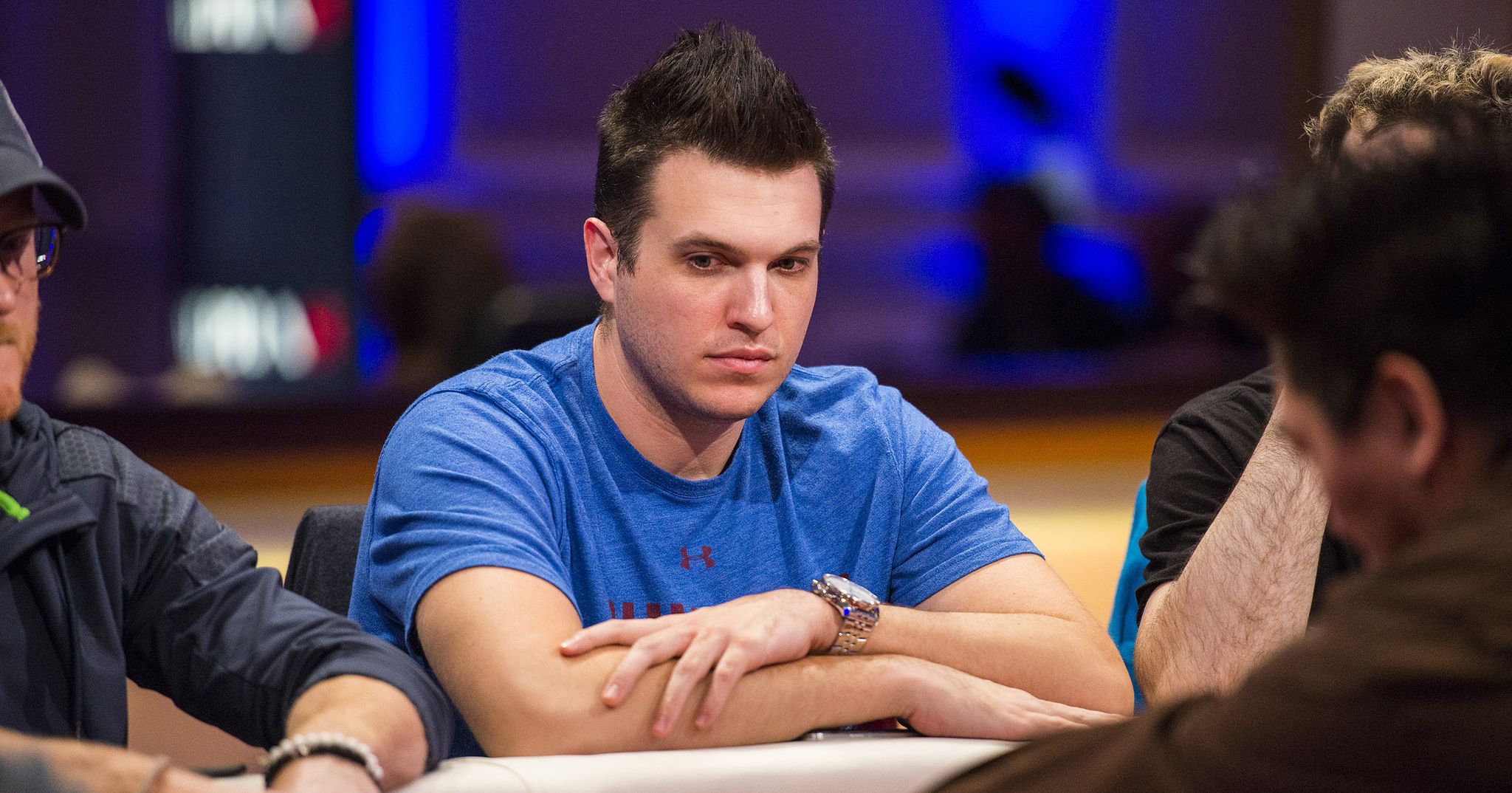 For Polk, reaching the top echelons of the online high-stakes community was by no means the end of his ambitions. And the lack of serious opposition wasn’t conducive to his progress either.

Sitting on a computer and waiting around gets really boring,” Polk told Bluff magazine back in 2014. “I need to expand to other things in order to get games and make money.”

Expand he did, entering the live tournament scene with a vengeance by taking down 4th spot in the $100K Challenge at the 2014 Aussie Millions for $770,000 and announcing his arrival among poker’s best and brightest young talents.

A WSOP bracelet followed that summer and then he followed up a month later with a scoop of $1,648,350 in the $100K Super High Roller 2 in Las Vegas, proving that the transition from online superstar to real-life poker genius was complete.

Of his WSOP win, which he almost repeated in a 6-handed bracelet event last year, Polk said:

I don’t think it’s like, ‘I won a bracelet, now things are different. I just think it gives me a more solid foundation to build up my future in the industry.”

Though not a shrinking violet, Polk is a more thoughtful and driven player than his Evil Empire compatriots Fee and Mo, although he credits them both with the improvement in his own game.

We have really good core analysis,” he says of their strategy sessions together, adding the important proviso, “but we also work much harder than the field does. Playing is something that showcases your edge.”

This thinking is part of the reason that Polk was annoyed by Daniel Negreanu’s claim that he could beat the online $25/50 games with only two weeks of intense practice.

Below - Daniel Negreanu and Doug Polk Play Massive Pot in $1Million Buy In. 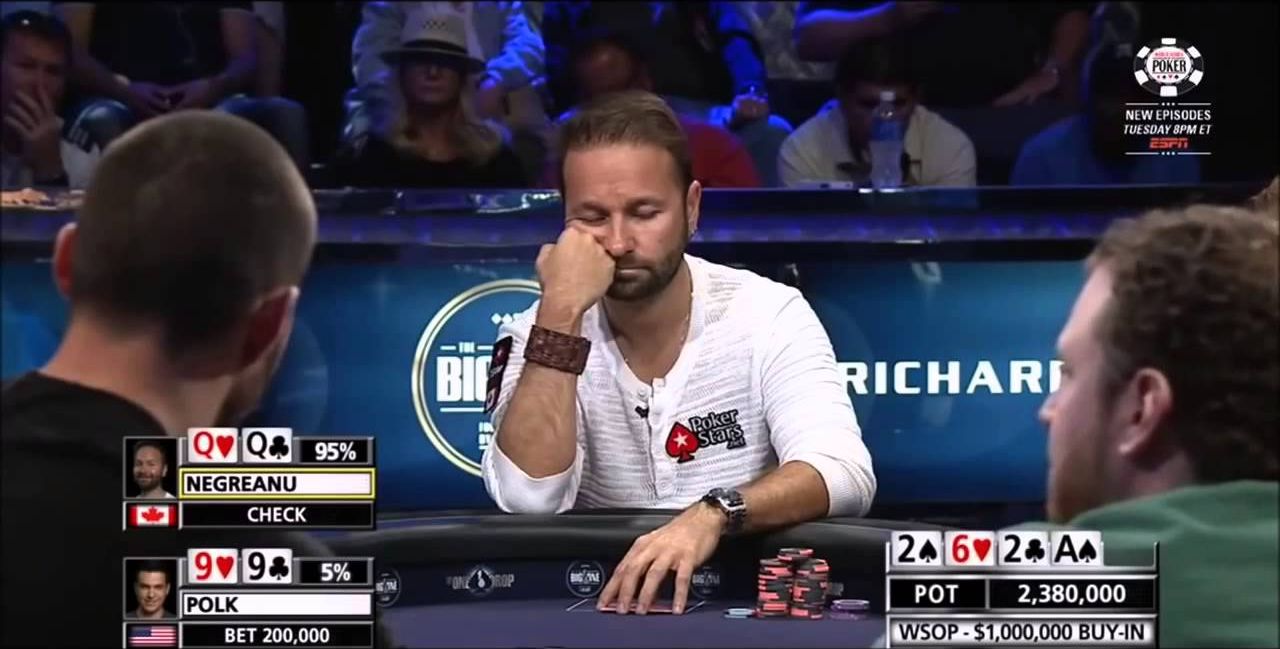 I respect what you have done in your career,” Polk said of the Canadian star on Twitter, "but it's naive to think that you can just log onto PokerStars and beat $25/$50."

A possible match between the two was discussed, but Negreanu quickly realized he was overly optimistic – and very few experts believed in his chances against the online king.

In an unexpected move last year, Polk joined with Fee to open the training website ‘UpswingPoker’ – unexpected give he had previously spoken of how the top players were exploitable once they had opened up too much about how they played in such training sites.

Whether Polk can start to dominate the live game the way he crushed the online games remains to be seen.

Becoming a legendary live player requires bracelets, usually across different disciplines, and taking on and beating the world’s best – with the World Series upon us, it will be interesting to see how he fares, but so far he has played one and cashed one!

Below - Polk acknowledges his cheering section.

If you ever wanted to know, or learn, how the best online players crush the different stakes – then Ryan Fee would be an excellent person to learn from. And having joined Polk in the UpswingPoker training site, plus his coaching and videos at PokerVIP.com, it’s not that difficult to do so!

Similar to his fellow Evil Empire buddy Polk, Fee started out small (a $300 bankroll playing $0.10/0.25) and decided he would learn the fundamentals of No Limit Hold’em as deeply as possible.

As he states himself:

I focused 100% of my energy on poker. I would wake up and grind an hour before school, surf poker forums all day in class, come home and play poker until I went to sleep- every, single, day.”

Dedication and commitment, with no easy shortcuts, is scary to a lot of player who want the A-Z map to the quick big-bucks, but doing it Fee’s way means that once you raise your game, there’s no limit in sight.

Moving up to $200NL within a year, Fee decided to write a book about the fundamentals – what he claims as “an introduction to poker strategy and everything anyone needed to know to get started”, which may be dated now, but no less useful in general. 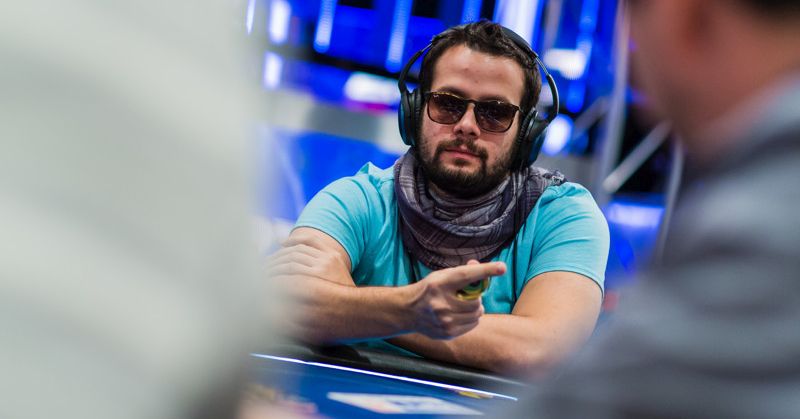 College didn’t get in his way, Fee deciding on a leave of absence in 2008 which has lasted 8 years now! And it proved worth it, with the talented hard-worker doubling his 6-figure online bankroll with an unexpected win at the LAPT in Costa Rica.

“I won the tournament, knocked a huge item off my bucket list, and doubled my bankroll all in one fell swoop,” says Fee, who worked his way up to grind the high-stakes online, before being introduced to the live game by his friend Polk, who explained to him that there was a lot of unrealized value sitting out there which the highly-skilled online crew were missing out on.

As usual, he was right,” says Fee, adding: “…I went on to cash for over $2.5 million in tournaments that year.”

And now, the present-day Fee plays $100K buy-in live events, coaches and also produces training videos such as the following, showing low to mid-stake players how the nosebleed guys like himself view that level of play – not something you will see every day!

I’ve left it to the last of the trio to focus on the ‘evil’ element of the Empire, but to be fair to Jason Mo he’s more what we call a ‘wind-up merchant’ in the UK – the US equivalent might be a ‘ball-breaker’, always aiming to give people a hard time for the fun of it!

Jason ‘klink10k’ Mo, the Canadian side-kick in the Evil Empire, has proven he has the big game to match his big mouth, however - $1.8 million in live tournament earnings to go with his high stakes online career which is generally untracked but definitely just as lucrative. 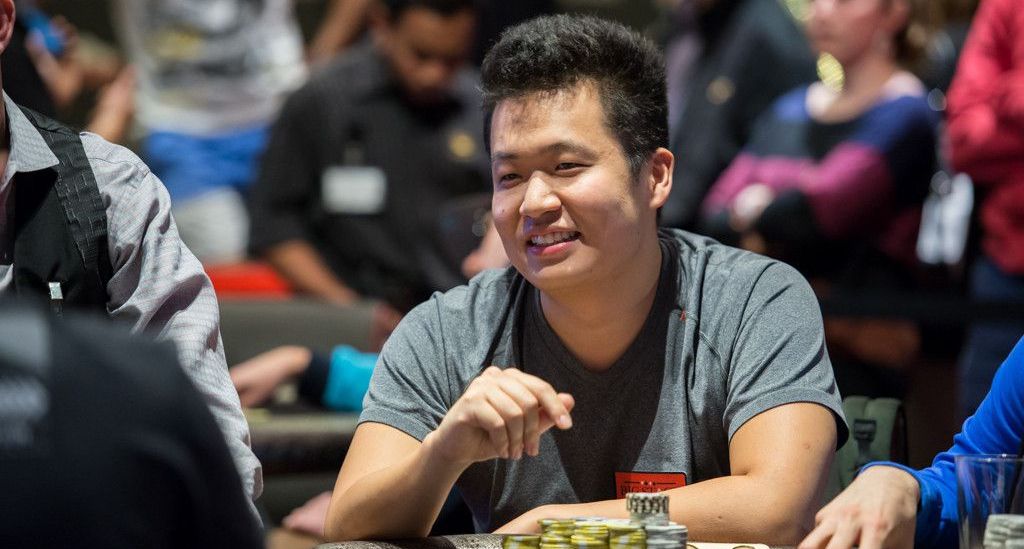 Anyway, Mo is known not only for his play, but also for his furious tweets and statements concerning anything and everything which could be called ‘sensitive’ in the poker world.

PokerStars VIP changes? Mo was there to give his 2-cents worth. Phil Galfond ‘outing’ a ‘scammer’ in the poker media? Jason Mo took great issue with it.

Being ‘ripped off’ at the PokerStars-sponsored EPT Barcelona? Again Mo took to the airwaves, and this time the results were quite newsworthy.

Mo tweeted this in January as the ‘swift kick’ aimed at PokerStars Director of Poker Communications Lee Jones.

Naturally this didn’t go down too well at Stars HQ, and Mo had his account frozen.

Although the issue was eventually resolved – Mo’s reported 6-figure sum on Stars never really under threat – it hasn’t prevented Mo from continuing along his own route of ‘idgaf’ - “I think I have always been pretty blunt especially when it comes to me talking on Twitter or online forums,” he told Calvin Ayre earlier this year.

I have never felt a need to be cordial or pretentious in any way especially when I don’t have to…” he stated honestly, although added that “…in my personal life I am very nice to the people I associate with. I always do my best to look after my friends. Those that who are close to me know me for who I am and I hope they are accepting of it. I am generally laid back. I might be a little brash at certain points, but these issues don’t affect my day-to-day life that much.”

When asked whether he had ever “over stepped the mark?” his response was typical of Mo:

I can’t think of a specific instance. I don’t know where it comes from but I just don’t care.”

So, of the three musketeers in the Evil Empire, Mo is only slightly the least good (and that is pretty, no, incredibly good anyway!) but he comes off as the mouthpiece of the bunch – not in itself a bad thing.

Perhaps it’s because both Polk and Fee seem to have their eyes set on bigger things, making a name for themselves in the poker world. Mo, as he has often stated, is in it for the money!

Because I am competitive I would rather be the best player in the world than the most popular.”

And with Mo’s approach to the game, it wouldn’t be too–far-fetched to see it happen!