In this article, we're going to take a closer look at the work of two brilliant scientist Robert M. Yerkes and John Dillingham Dodson whose work revolutionized the field of behavioral psychology.

Above: Robert Mearns Yerkes was an American psychologist, ethologist, and primatologist best known for his work in intelligence testing and in the field of comparative psychology.

We often get so caught up in the reality of our small poker world full of EV calculations and range analysis that we ignore the impact other disciplines can have on our performance at the table.

Fields like economy, psychology or game theory can provide us with knowledge that in some cases can be much more beneficial than spending another hour with Flopzilla or watching another caching video.

In this article, we're going to take a closer look at the work of two brilliant scientist Robert M. Yerkes and John Dillingham Dodson whose work revolutionized the field of behavioral psychology. 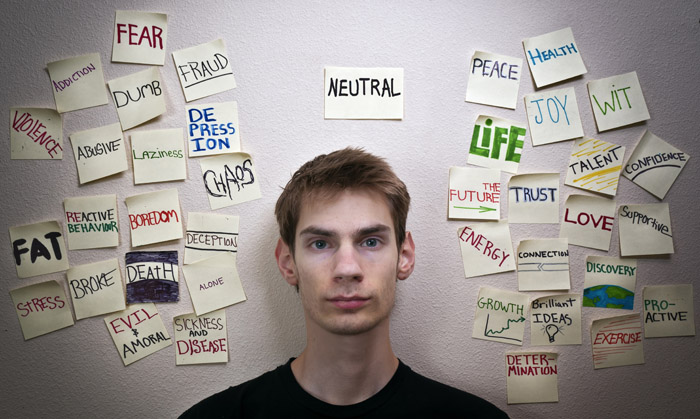 The Yerkes-Dodson Law (sometimes referred to as the Arousal Theory or the Inverted U Theory) states that:

An organism's performance can be improved if that organism is aroused in some manner. However, if the level of arousal increases too much, performance decreases."

Examples of the Yerkes-Dodson Law in action would be a great student who crumbles under the pressure of his or her parent's expectations and fails the test that he or she would've aced in different circumstances or a powerlifter using smelling salts before pulling 600 pounds of the floor. As for the more poker related examples, semi-pro mid stakes MTT grinder might play poorly if the last tournament in his session is a 3$ re-buy, but a recreational live tournament player can log in the best session of his life if he's seated next to the famous pro he happens to admire.

It's important to remember that optimal levels of arousal will be different for each person and they also rely on the difficulty of the specific task. Change that 3$ rebuy from the first example into 1000$ Super Tuesday that the aforementioned pro decided to play after winning a satellite and we'll get a totally different result (ranging from optimal performance to poor performance caused by the added pressure).

As a general rule simple, mechanical tasks require a higher level of arousal in order to be performed optimally and our performance in complicated tasks involving a considerable amount of our cognitive ability can be quickly undermined bytoo much stress.

Seeing as poker belongs to the latter category we should be wary of stimuli that cause too much arousal. 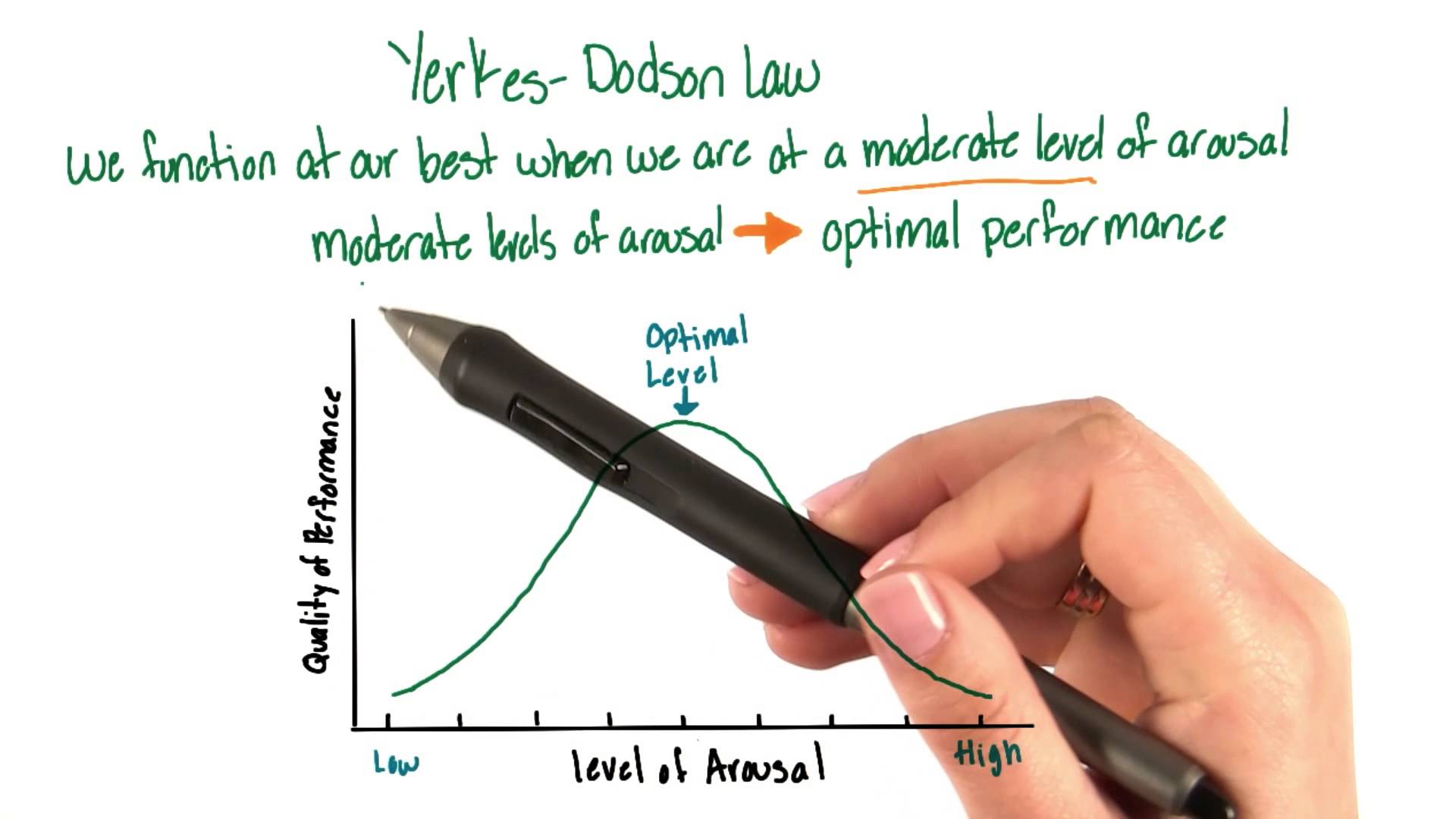 The Myth of the Zen Master?

On the surface, the Yerkes-Dodson Law seem to contradict the popular school of thought stating that the optimal poker mindset resembles that of a Buddhist monk. Being impervious to the variance, calm in the face of bad beats and unphased by the short run is the archetype of 'perfect poker player' (at least as far as the mindset is concerned).

According to the Inverted U Theory being emotionless isn't exactly a viable tactic if we care about maximizing performance. In reality, the image of poker zen master is a great oversimplification that points us in the right direction.

As we stated above, poker requires a considerable amount of our cognitive ability and therefore arousal levels necessary to achieve the optimal performance are reasonably low.

Adding to that the fact that we live in the world of thousands of stimuli and instant gratification it's easy to see that our default operating system provides plenty of stress as it is. Human beings aren't that compatible with an activity that requires us to minimize the usage of our mobile joints and become insensitive to the instant gratification loops that most of our systems seem to be running on.

To be a good poker player we have to go a bit against our nature and because of that the zen master archetype isn't really wrong and works in accordance with the Yerkes-Dodson Law. That being said, poker world is also full of introverted individuals who might be a bit too mellow when it comes to splashing chips at live and online tables.

Those of us with low baseline arousal levels might benefit from introducing some more stress into our poker reality.

Be Your Own Science Experiment

Now that you know that both too much and too little stress can be suboptimal you have to do what poker players are supposed to do best and make an educated guess about the optimal levels of arousal for you based on the imperfect information.

In order to make this process easier for you, let's use a few easy (and sometimes over exaggerated) examples.

If you find yourself getting bored quickly while watching a coaching video or reading an article try to make the experience more active by taking notes. If that doesn't help consider putting more emphasis on the  forms of education that require more agency from you like sweat sessions, hand discussion or database analysis. If study group activities make you really stressful and impair your ability to learn or teach others communicate that to the group, take a more passive role and think of different ways you can contribute.

Many players struggle at the beginning and their poker session. Consider using a warm-up routine of something as simple as an energetic song that will help you to psyche yourself up for the next session. If you're having trouble staying focused near the end of the session consider cutting it short and introducing more breaks into your routine. If you're finding yourself intimidated at a live poker table, hoodies and shades while somewhat clunky might be a great solution for you.

Below: Poker pro Ofer Zvi Stern at the World Series of Poker tournament 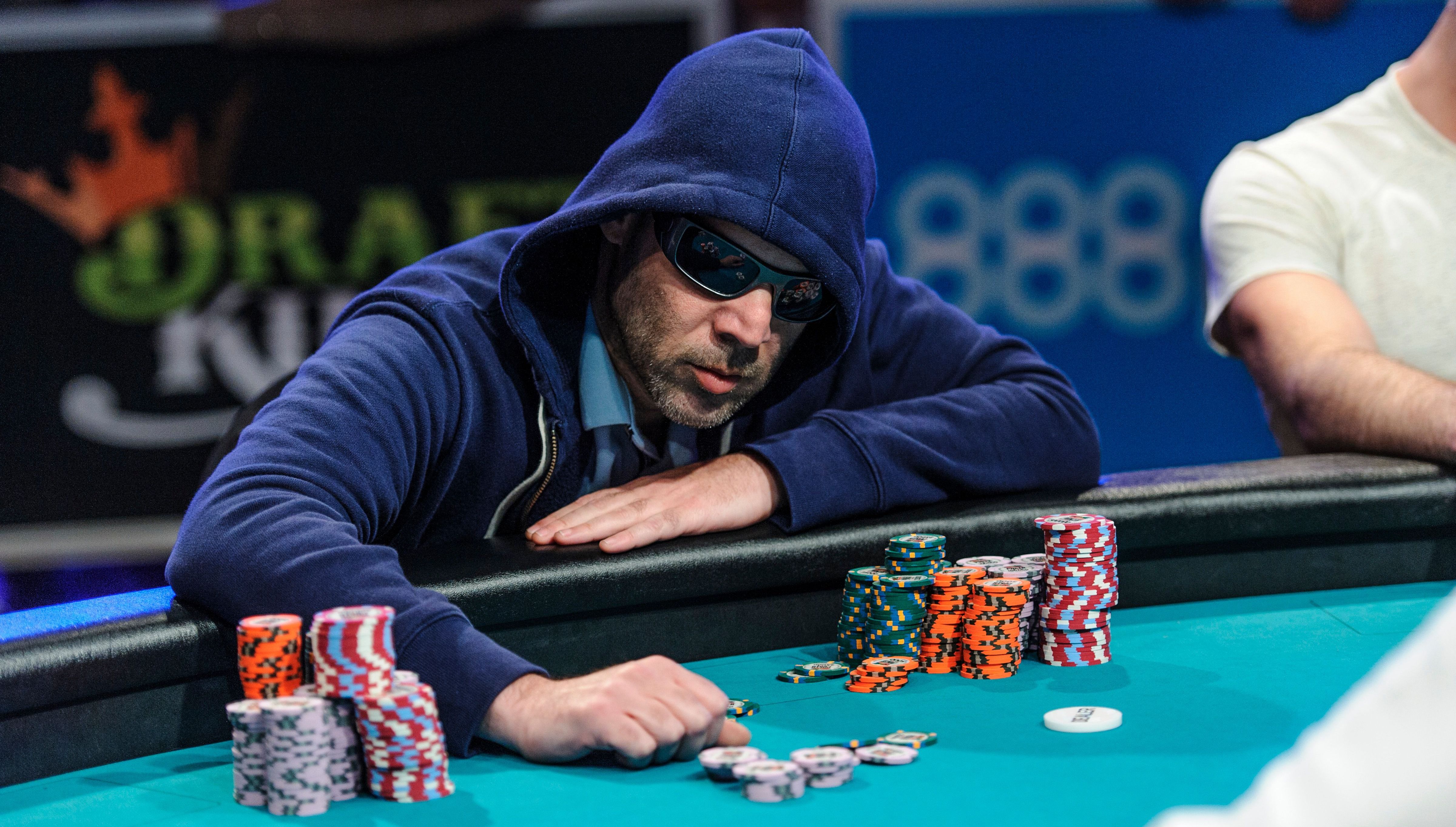 Yerkes-Dodson Law describes certain tendency but isn't really providing us with concrete values. That's why you have to become your own science experiment and test how you react to varying amounts of stimuli when learning or playing poker.

It's possible that just like small changes in ranges can have a very real effect on your win rate, small changes in your routine based on the knowledge about Yerkes-Dodson Law can boost your overall performance.

Dealing with a downswing in poker isn't always easy, and you shouldn't try to do...