"First of all, I want to say that Ivey's base skill is incredible. His natural game understanding is brilliant. But of course, like everyone else, he has strong and weak games too."

When you ask your average poker enthusiast the age old question: "Who's the best player on the planet?" More often than not "Phil Ivey" will be the answer you receive - and for a good reason. He's one of the most accomplished players in the history of the game.

His name is still at the top of the Highstakesdb.com all-time cash game winners list. He has 10 WSOP bracelets won in many different games. Ivey is arguably the most versatile player in the world. He strikes fear in other player's hearts no matter if he's playing 2-7 lowball tournament of Pot Limit Omaha cash game.

Today, we'll attempt to shine some light at what makes Phil Ivey's  strategy so special.

Many pro players (especially those who remember the times before internet poker was even a thing) tend to keep their cards close to the vest so to speak and are reluctant to share their thought processes. Even though exposing your game to the outside world is inevitable in the reality of televised poker and online coaching sites it could be argued that Ivey - despite his immense popularity - managed to keep relatively large part of his thought processes to himself.

That's why I decided to ask Lex Veldhuis - a pro player who had the chance of playing against Phil - to shine some light on Ivey's strategy and explain why he gets so much respect from other players:

"First of all, I want to say that Ivey's base skill is incredible. His natural game understanding is brilliant. But of course, like everyone else, he has strong and weak games too. If you have an edge over Ivey in a game the best thing to do is play him for half a day. The reason for that is that he has an uncanny ability to dissect someone's game. To look at what your overall strategy is and how you apply it. He can figure out pretty quickly what the weak and strong points of your game are.
He can adapt fast and come up with solutions for the weak part of your game (given that someone plays at least a bit exploitative, this will obviously work less well vs someone with a GTO approach). There have been final tables at the WSOP where he started out as one of the weaker 2-7 triple draw players, but by the end of the tournament, he was playing the best poker on the table. It's really fascinating to see. Couple that with very accurate live read abilities (as yours truly can vouch for) and you have a monster."

In case you don't know what Lex meant in the last sentence take a look at this famous hand from High Stakes Poker that made Veldhuis’s otherwise great experience in this televised cash game a bit less pleasant and profitable:

Ivey expertly read the table dynamics and knew exactly how to adjust after spending some time in the game with Lex (even though he was arguably one of the toughest and definitely one of the most aggressive players in that season of High Stakes Poker).

Keeping with the theme of reading the table dynamics and staying one level ahead of the opposition we have this hand that Ivey played against the Englishman Andrew Feldman. Preflop is a fairly standard case of light 3bet by Ivey and proper defend by Feldman. Ivey's hand selection might be somewhat questionable (and if you feel qualified to question Phil Ivey - be my guest), but as it often happens in those live cash game shows with the very limited amount of hands to play, timing and table dynamics trump hand selection every time.

On the flop, Ivey continues his story about a solid polarized 3betting range. It makes a lot of sense for him to bet with a high frequency on this particular board texture. If we combined that with the fact that Ivey was most likely one of the most aggressive players at that table and he should have a relatively large amount of bluff combos in his range compared to other players, it's easy to understand why Feldman felt the need to defend.

The problem with Andrew's raise on the flop is that Ivey was telling a consistent story while it's super hard for Andrew not to be dishonest on this flop texture. How many value hands he can really have on a 55T board (especially when we focus on minor details available to Ivey like the fact that 54 might be one of those extremely unlikely combos of 5x in Feldman's range and Q4 is blocking some of those)? Also, how much sense does it make to play a value hand by raising? The answer to both of those questions is: not much/many. Ivey realizes that and instead of going over the top (which given extremely unbalanced range of his opponent should have a similar expectation in the long run) he continues to tell a story that makes sense.

It's super hard to balance cbet/3bet in this particular spot on this particular texture and therefore, Ivey most likely doesn't have a range for that play. He'd just bet/call every monster in his range so he did that with Q4o. 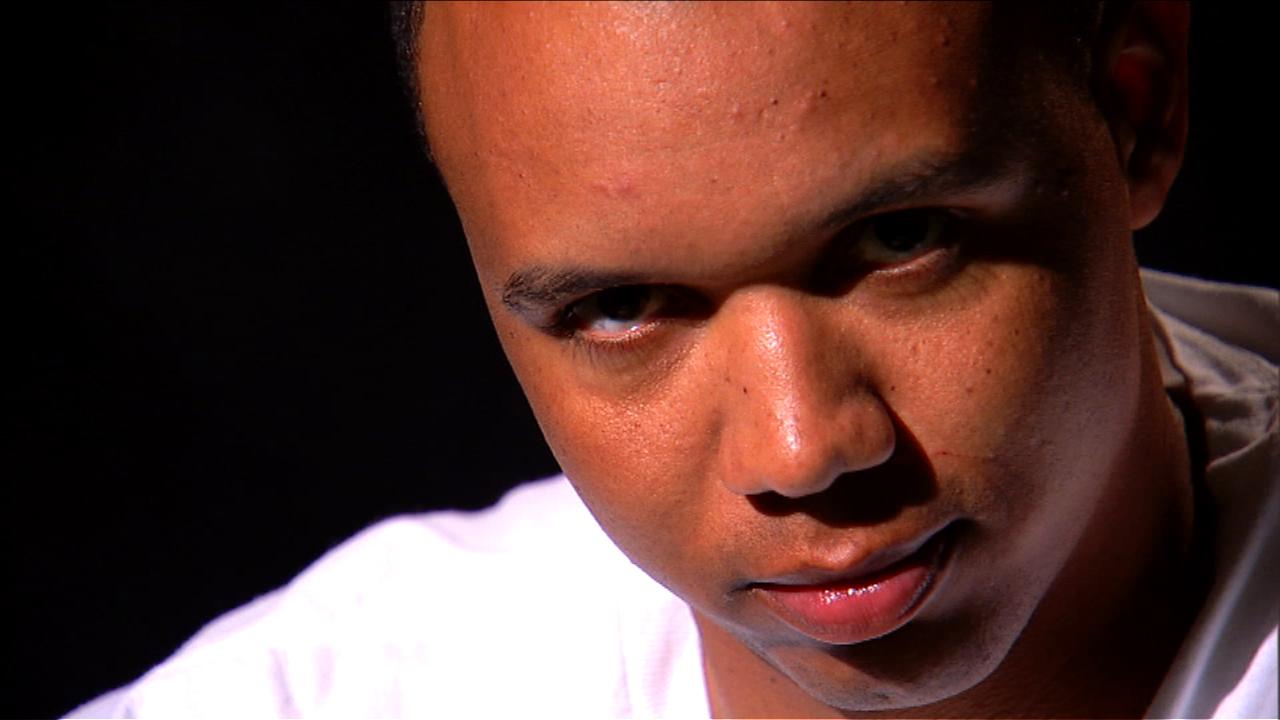 Playing against Phil Ivey can at times be a scary and grueling experience (especially when big money is involved). The legend of the player proceeds him and it has a measurable effect on his opponents imagination, painting Ivey as this mysterious, larger than life figure. Phil's face expression and mannerisms at a live table only amplify that effect.

All in all playing against Phil Ivey in a live scenario is simply intimidating. He's not mean or hostile and you can even hear him laughing or having a friendly conversation in between hands but when he's in the middle of the pot he's calm, cool and collected.

Gabe Kaplan's High Stakes Poker commentary was legendary for its entertainment value and solid from the strategy point of view (considering the times) though he was rarely as on point as he was when analyzing this little hand between Ivey, Negreanu, and Dwan. The betting pattern of Ivey is a solid double barrel bluff with no showdown value and picked up backdoor equity, but what's far more interesting is the fact that Daniel failed to go for a pretty obvious value bet on the river simply because of the fact he was playing against Ivey.

If you have the power to get free cards because of your last name you can stay on top of the poker world for a very long time.
He is a Master

This famous hand against Tom Dwan really shows why Ivey is considered such a great player. While there are many players able to make some calls with a lot of equity even when big money is involved there's maybe a handful of other players that wouldn't release the hand immediately after they missed their flush on the river.

Ultimately, Ivey failed to make "the sickest call of all time", but it can be argued that it would've just been "the best looking but ultimately -EV in the long run call of all time" (though this definitely sounds far less catchy). While Dwan is certainly capable of some insane bluffs it's just so hard to have air on this particular board texture. Even some of the bluffs Durrrr could show up with in this spot can beat a bottom pair and even though this wouldn't be the case this time around I believe Ivey correctly recognized that this isn't a +EV call all in the long run.

The fact that it took him so long to consider the possibility that it might indeed be "the sickest call of all time" is straight up scary and extremely impressive.

While this little hand against Hellmuth isn't perhaps super interesting from the strategy point of view (both players were either at or super close to the top of their range so the situation practically plays itself) it really shows the massive difference between the minds of both Phil's. 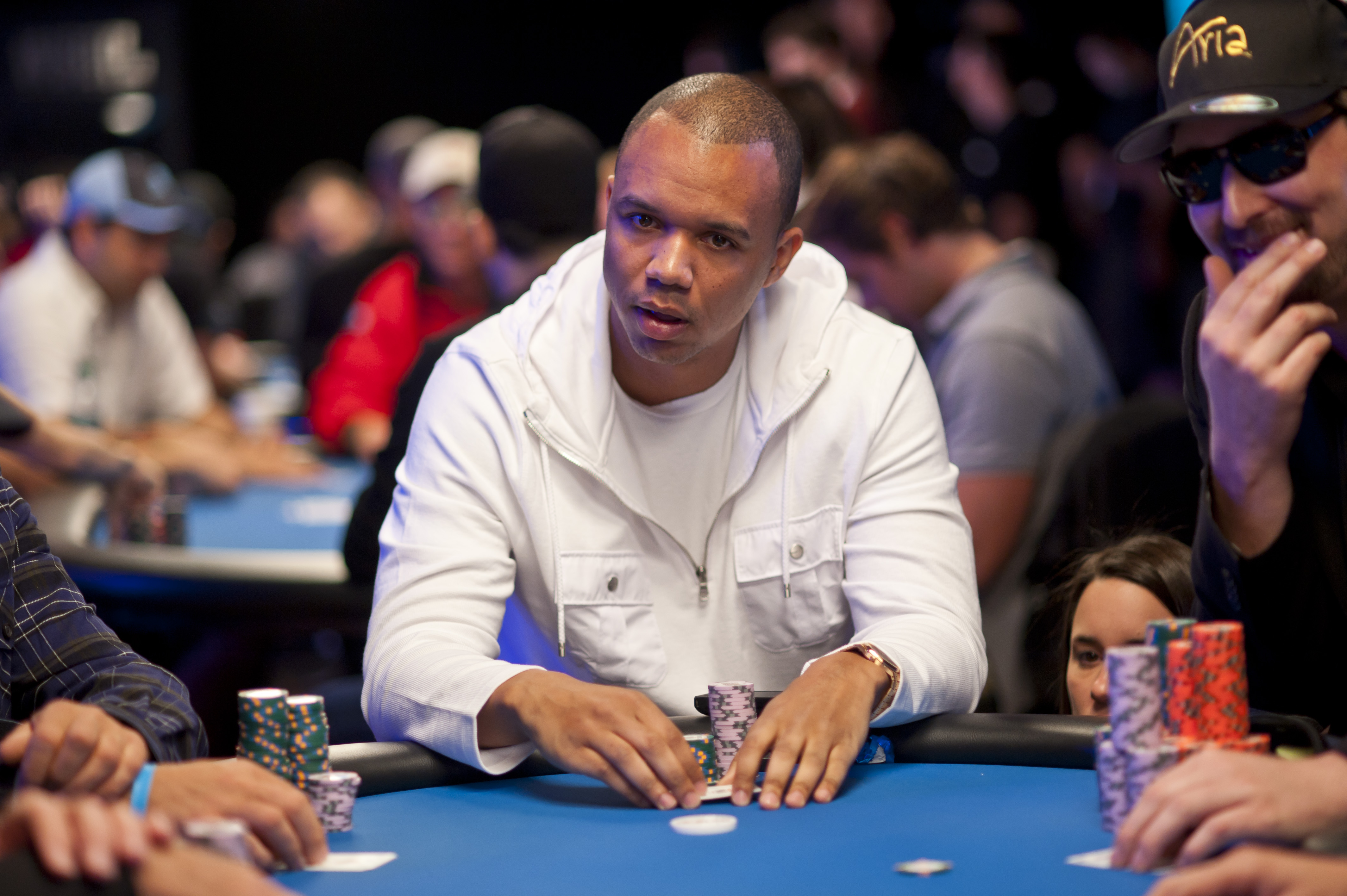 Hellmuth was (as he often is) mostly interested in arbitrary concepts like "trapping", trying to minimize the variance by proposing the "insurance" and wallowing in his misfortune after the hand ended. Ivey from the moment the hand started kept attention to the flop texture (presumably because of the prop bet that could help maximize his EV in the game), he immediately knew how many outs Hellmuth had and his mind was clear enough to both discuss additional prop-bet mid hand and realize that it might not be the best idea because of his involvement in the pot.

It's also fairly easy to imagine that his reaction would be entirely different if he was on the receiving end of this bad beat. 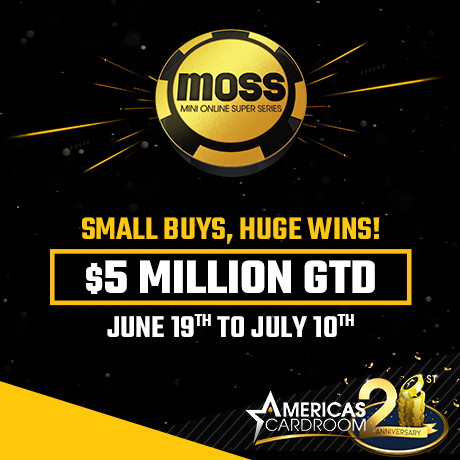